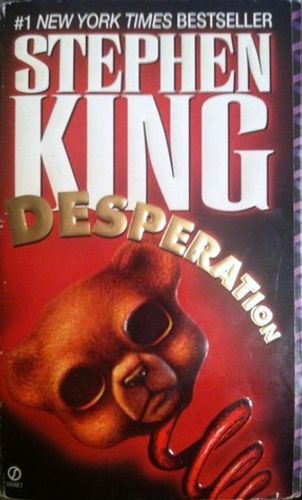 In a little mining town just off the beaten path something has awakened and it is spreading. Hapless travelers are soon to discover it, to get sucked into the oddly silent town of Desperation, to become one of the abandoned, dismembered dead.

Desperation is a visual novel, one filled with the ominous, nearly sentient awareness of lonesome desert landscapes and decaying towns. The heat and sweat is felt in the presence of the first nemesis, the nearly seven foot tall deputy named Collie Entragian, who ensnares travelers and then takes them into the town to imprison and slowly kill them. But this is a story about more than just one man run amuck, and as a diffuse group of people are brought together by horror and violence, it becomes apparent that something bigger and far more terrifying is happening. Something that began in the mines and is steadily encroaching on reality. Something that speaks the language of the dead.

Among the survivors we have grieving widows, a washed-up writer trying to relive his glory days, a fractured family, a drunken vet, a hitchhiker, and a 12 year old boy with the direct line to God. In between miracles and monsters, the characters war with one another and fight the desire to save themselves in order to become part of something greater. There is redemption and yes, desperation, in this expansive King novel that goes beyond horror to ask some of the biggest, hardest questions.

I have mixed feelings about Desperation. It started strong with the hulking Entragian speaking in nonsensical riddles and scaring unwary travelers. It had something of a very real horror, not yet supernatural, but more man-made in the way of a diseased mind breaking down and branching out into actions of violence. The aura is true King, palpable from the first sentence, and so atmospheric that the world around the reader fades into a distant fiction as the story takes over and walks us through the valley of the shadow. Yet . . . once the supernatural supplants the intimidation of Entragian, it gains a new aura but loses some of the immediate fear born from realism. Partially, this is because there is no definitive final answer here, no revelation of the blood soaked monster in its lair. There are hints, there is a fast showdown, but there are none of the full fledged answers we have grown to expect from King, and this weakens the scope somewhat. 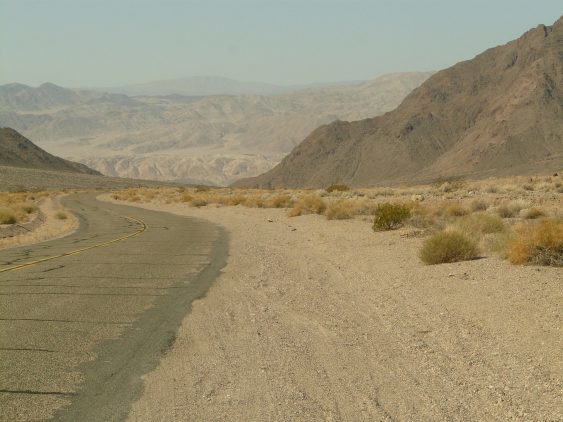 Image by LoggaWiggler from Pixabay

Another one of my quibbles is with King’s tackling of religion, which is central to the core of the story. Twelve-year-old David Carver is easily the central character in the drama, and long before the town of Desperation he has learned to bargain with God. But he has questions about God, and an old drunken priest has taught him that God doesn’t play by our rules. God is cruel, and that’s a fact best accepted if you mean to tangle with him. This is a central line of the story; the idea of God’s alleged cruelty (God, surprisingly, being the sort-of-good-guy in this good vs evil story) is constant throughout the story. It’s downright sacrilegious, and the tangents about God diminished my enjoyment of the story.

David and the washed-up author (Marinville) are the only two characters in the story with significant characterization, making the other side characters surprisingly stiff. This is unusual for King, who often has a full cast of well drawn and realistic people involved in the story.

The conclusion is likewise rushed, and we never get to really see the villain. I was left with so many questions from beginning to end. While King’s expertise and writing craft kept me engaged throughout, this wasn’t one of my favorite King stories. It’s still a very good book, warts and all, which just goes to show that King at his worst is better than most authors at their best, but I still prefer his older, classic works (Pet Semetary, Christine, From a Buick 8, etc.) If you’re just starting your King journey, I suggest starting elsewhere and catching Desperation a little further down the line.