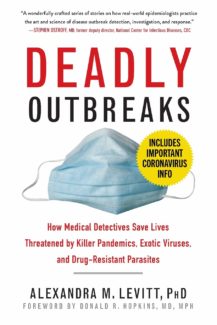 Plagues, pandemics, simple diseases that have mutated into never-before-seen forms, all seemed the fairy-tale horror stories of the past, terrifying but thankfully distant; 2020 quickly disabused me of that naïve notion, and as I settled into the day-to-day fear of living in a world with COVID-19, I saw Deadly Outbreaks pop-up on Audible as a free offering. So, with my innate curiosity and the intensity of this moment in history, I thought that Deadly Outbreaks would be a good way to seek the truth behind the fiction and get at the heart of what really happens when new diseases or old diseases in new forms appear.

Deadly Outbreaks has a solid write-up, promising an Erik Larson-like approach to seven medical mysteries, from strange diseases that cause birds to fall from the sky to a bizarre neurological condition that only affects workers at a certain slaughterhouse. Along the way, each scientist and doctor is forced to take on the role of an investigator, stepping outside the usual to find the strange and the mutated. The stakes are real, the doctors and scientists sleepless and confused, the challenges mounting as each clue along the way leads to an eventual revelation that confronts what is known about sickness and science. It’s a great premise and certainly relevant to our everyday lives now. The thing is: it’s just not that interesting, and that’s because of the delivery. 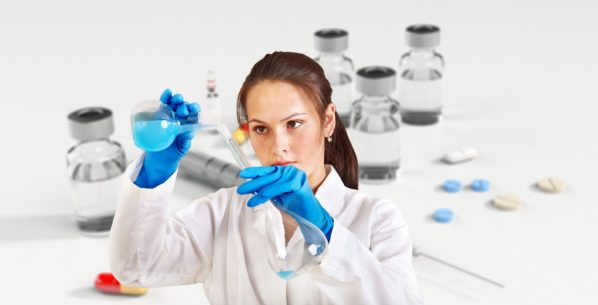 Levitt writes as though he is filing a report and the just-the-facts-ma’am approach was enough to leave me sleepy and disinterested within the first few minutes, despite how excited I was to initially read Deadly Outbreaks. The author tries to give it that new, non-fiction-told-like-fiction flare by introducing each medical investigator and giving their background. This devolves into a resume-like list at the beginning of each chapter as the key players are introduced alongside lists of fancy sounding specialties and grand institutions that mean nothing to your everyman/woman and have no humanizing influence. These people are machines and they are set to figure out a problem, which they tackle with little to no emotion and with a realistic scientific and mathematic clinicalness that, while great for the task of solving the medical mystery, is hardly the stuff of edge-of-the-seat writing. There is nothing human here, and each case, despite how fantastic and scary it was, remains stuck in that sterile intellectual world where scientists have to go to dissect a situation. Good science, yes. Good reading material, NO.

Levitt also likes to populate each story with what can only be described as fact dumps, which left me finding ways to skip my (usually beloved) daily audio book time. Honestly, I could get beyond a stiff writing style and even the clinical feel, but the science was so intense (normally something which 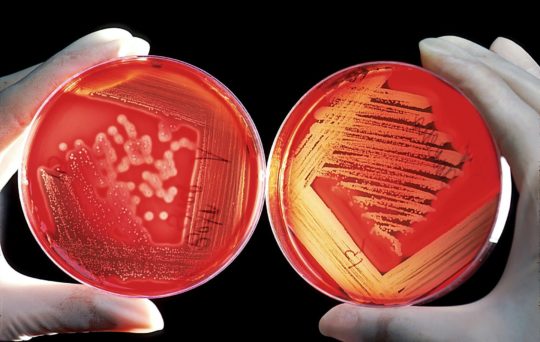 Image by WikiImages from Pixabay

I enjoy) that the main part of the genius in solving each case, the small things that lead to thinking-outside the box, that lead to answers, were lost on me. The mystery itself was barely understandable and the solution equally vague. How is the fact that one molecule is bigger than another a trigger to opening up our understanding of a new disease? Do I need to know where every sick person in New York came from, down to their borough?  It just doesn’t translate well to an audience with minimal scientific expertise. I think that doctors and others in the field might get more out of the story, the solve-the-riddle side of the diseases, than average readers who have a curiosity about epidemiology but no background in the discipline. Levitt never meets the average reader where he or she is, yet I don’t think he intended the book for experts.

Overall, Deadly Outbreaks is interesting because of its subject matter and relevance to what we are living through, but its delivery is deeply flawed and ultimately the reading experience is not pleasurable.  I made my way through the book because I was interested in the subject itself, but reading it soon began to feel like a chore and while I learned a few interesting facts here and there, I still don’t feel that I know much about deadly outbreaks or received any sort of basic foundation to continue learning. There are, I am sure, better books out there with more flare and a better understanding of the audience.