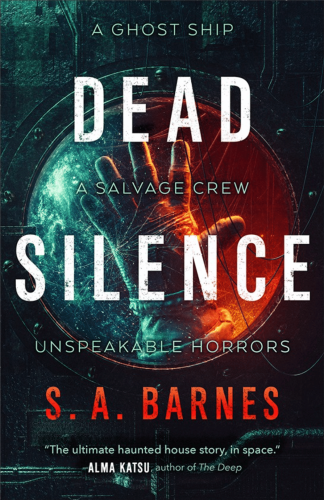 Frozen In Time, Dead In Space

If you go salvaging in space, will anyone ever find your body?

Claire Kovalik is about to lose everything. During a normal repair mission she longs to un-tether herself and float into the void of space to die. It would be better than the alternative. In just a few days, Claire will be back on Earth. Her company is automating and they don’t need her – or her crew – anymore. She’ll be assigned to a desk job, patted on the head, and forgotten. Space, the only place that she has ever felt comfortable, will be gone forever. When her ship picks up an old distress beacon, just out of the range of known space, it seems like a blessed delay. A little more time in space. A little more time before her soul dies.

When Claire and her crew follow the beacon, they find more than they ever could have expected. Seemingly unharmed, floating for over 20 years, abandoned, is the Aurora, the first and last luxury liner to sail into the unknown of space. When the Aurora disappeared on its maiden voyage, no more luxury liners with real wood and class based compartments were ever made. But the mystery of what happened to this beautiful ship remained. And now here is the answer and the salvage of a lifetime. With this, Claire can start again, can start her own company, define her own future.

When Claire and company board the Aurora, however, all they find is inexplicable horror. Words written in blood, murdered and butchered bodies floating across grand rooms, clustered in ceilings, maimed and frozen in time, as though they had just died. Here, there was obviously madness. But why? And what happens if it starts again, if whatever was on the Aurora has just been biding its time, just waiting?

Image by underworth from Pixabay

Dead Silence is now one of my favorite horror books. After listening to the Audible version for a book club, I immediately purchased the hard bound book. I need this in my collection. I will reread this, revisit this fantastic, suffocating, terrifying world with its questions and madness frozen in time, hidden in the recesses of forgotten, isolated space.

From the very beginning, as Claire works outside her spaceship and peacefully contemplates floating away to her quit, long death, I knew I was reading something with a disturbed yet magnificent spirit. Something that cuts across the borders of imagination and reality and takes the reader on a tense journey. There are echoes here of Titanic, with the separation of classes and the luxuriousness of wealth pitted against the crew and commoners when disaster strikes. There are also echoes of Stephen King’s The Shining with the half seen visions, the actual physical structure coming to life in a malevolent, shifting way. There is the glory of a pirate raid, these renegades in space disobeying company orders for gain, and a hint of adventure interspersed with the original mystery (and ultimate horror) of just what happened on the Aurora. There is intrigue and a chilling puzzle with all the power of a blazing infection and the unstopability of human greed. There is compassion and insanity.

The way in which S.A. Barnes invokes this world is what really brings the story alive, and the subtle clues the author peppers in along the way come full circle in a surprising ending that has all the action of a thriller. The answers are here and ultimately the main mystery is stripped away, explained in all its foulness, and there is a point alongside an epic of betrayal and secrets. Everything fits well at the conclusion, all the explanations making a nauseating kind of sense, and readers will never be able to forget the bloody images, frozen in space and time, and the lurking feeling of something stealthy, something that hides in the corners and isn’t cowed by your money or your fame, something that lives for decades and waits, something that is unstoppable and as calamitous as humanity itself.