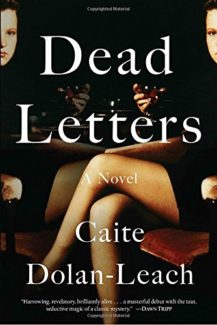 Blame it on the Alcohol

In a twisting scavenger hunt of a story, Dead Letters takes two formerly close twins, separated by lust and betrayal, and throws them together in the aftermath of a suspected murder. Ava Antipova, the twin to be born second, has long been in her sister’s shadow. Ava’s the good twin. The one who will grow up to run the family vineyard. The one who is practical and reliable. The responsible person in the midst of her astoundingly dysfunctional family. The twin who stays grounded while her firstborn sister, the inimitable Zelda, drugs her way through a rollercoaster life. Only, duty is rarely easy, and in this case, it certainly isn’t satisfying.

When Zelda oversteps Ava’s emotional bounds and poaches a long-time boyfriend, it seems that the universe has finally given Ava the go ahead to run far, far away. So why is she back, abandoning her semi-new life in Paris and her new, barely English-speaking boyfriend to once again pick up the pieces as her supposedly dead twin sends ever more complicating, and implicating, secret messages? Is the broken game of this alcoholic on-again, off-again family too much to resist? Is Ava truly the good twin? Is Zelda really dead, and what is this game of hers – an emotional backlash to being abandoned, a lesson, a final cry for love, an apology, something in-between? Was Zelda murdered, or has she orchestrated the ultimate escape from responsibility? Is Ava’s wily twin now living somewhere else, free as a bird, while the duty Ava fled crushes her? As Ava sifts through the ashes of Silenus vineyard looking for answers and taking care of her demented mother and emotionally absentee father, she slowly starts to devolve back into the sun kissed, drunk days of a toxic youth, but the bottom of the bottle rarely offers an acceptable answer. 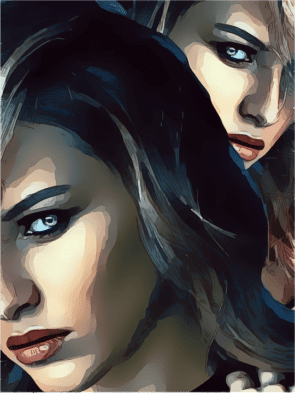 Told with a Gothic luxuriousness, Dead Letters is part mystery and part character study. The narrative sings with a sort of drunken sensuality, an energy that is laid back and indulgent, rich in flavor and scene, slow in the aching manner of creeping longing and denied sadness. From the beginning, we know that this will not be a simple story of mourning or a re-connection of warring sisters but something more incomplete and yet, oddly realistic. Zelda is clearly not dead – her missives and ensuing clues are instead an invitation, an unprovable “why” for her faked execution. And she knows Ava, knows that the temptation for an answer and the beckoning of responsibility will, at least, keep our imperfect anti-hero playing the guessing game. And so we wait, and we drink, and we watch as Ava transforms herself into the bohemian ghost of the missing Zelda, an entity at once cruel and alluring.

Don’t be mistaken – you will like neither Ava nor Zelda, and as for empathy, readers can only give it imperfectly, if at all. The characters are the product of their environment, a terrible set of alcoholic parents, one needy, the other clearly ready to abandon anything that smacks of difficulty, including children and wife. It’s instead the aura of the novel, something in its bacchanalian prose, something inside the insidiously ironical, unrepentant yet vaguely sad messages of Zelda that draws us. Perhaps it’s even in the selfishness of the description, a disembodied, hungry soul consuming everything around it through languid description, keeping us under the spell. We may not empathize, but we see how the destruction came about, how the endless cycle of an abusive family continues to spiral through each disenfranchised generation. Perhaps it’s the vague sense of a buried guilt, a known dirtiness, that Ava occasionally lets through in a gush of caustic sadness that makes us care if not for these specific people, then for the state of all those who are hopeless, especially by their own devices. 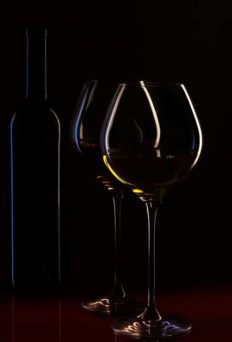 Of course, a pretty turn of phrase isn’t enough to keep an audience attached to characters they don’t like. But combine that with a mystery – with the old school hunt and peck game of dropped clues and the suaveness of a carefully plotted vendetta – and then you have a story that sings. Author Caite Dolan-Leach is a master of pacing and as Ava falls into her old way of life, the clues keep coming at just the right time, the players in Zelda’s orchestrated game appearing in just the right dosage to keep the story, and the guessing, moving without letting anything slip about that unidentified body, abandoned to the ashes, in that strangely chained barn. It’s fun, intoxicating like a litany of cheap wine on a sultry night.

As we go back and forth with this Schrodinger’s sister plot, the dead-alive Zelda pushes us through an atmosphere of alcoholic summer sadness tinged with the darker plotting of a criminal mind and a cleverly enacted master scheme of escape and odd retribution. We’re torn between loving the writing and craving the next clue in what is ultimately a cruel game. Dead Letters, then, combines the wild ride of a wrecking car with a hyper-real, slow motion calmness that evokes a beautiful kind of pain. Finally, we crash and burn with an ending that is just as tragically nihilistic as it is ultimately inevitable. Is there a moral buried somewhere in the ashes? A requiem or a reconciliation hidden in a parting shot? Probably not. But the story with its emphatic brutality is nonetheless effecting, if just for the fact that it accurately portrays the disassembled agony of alcoholism and the brokenness it leaves behind.