Dead In the Water 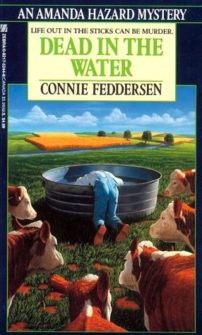 The Beginning of a Sassy, Cozy Mystery Series

Amanda Hazard and her small time Oklahoma town, Vamoose, have captivated me since picking up Dead in the Pumpkin Patch (book four). Charmed, I bought the whole series and am now starting properly – from the beginning.

Amanda, a jaded CPA new to the town of Vamoose is down on men (her ex has seen to that) and is ready for a fresh new start. When that new start involves her with a shady client and worse – a dead body – it looks like she is going to get her fair share of men. Sherriff Nick Thorn puts the death down to misfortune, a heart attack of an ailing old man. But Amanda senses more and when her intuition leads to detecting, and her detecting into threats, Thorn finally has to admit that the clever new blonde just might be on to something with her hunches.

Dead in the Water is part romance and part cozy mystery, festooned with dangerous moments, cozy cafes, moments in farm life, horrific scandal crowned by juicy gossip, threats veiling decades of deceit, and some good clean hilarity. The mystery itself is strong, especially for a cozy. I do adore everything about cozies but like all genres, they have their weak points. Horror books can tend toward the silly, sci-fi books toward the same-y, fantasy books toward Lord of the Rings remakes, romance books toward a formula . . . . and cozy mysteries tend to be weak on mystery but strong on heart. The fact that the Amanda Hazard series doesn’t follow this formula is what makes it stand out. While Hannah Swenson in her twenty book plus blockbuster bestselling (Hallmark movie making) franchisee has long sold out the heart of a good gumshoe drama, Amanda with her out-of-print goodies keeps the focus on why we’re here: a regular person with a sharp wit seeing a hidden trail and following it to unveil a killer. 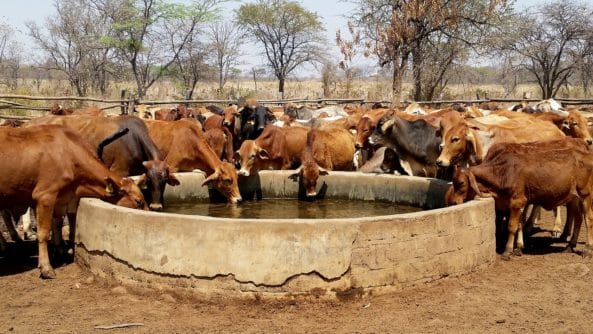 The mystery here isn’t quite as strong as my first encounter with Amanda (Dead in the Pumpkin Patch), but it is still grade A stuff with enough twists and turns to make Agatha Christie happy. Think that you’ve figured out the killer, the motive, the story UNDER the story? Well, you’re wrong. So is Amanda. So is Thorn. . . until the very end when it all makes sense. Naturally, that’s about the time the heroine is going to take a nasty tumble.

The focus here though is also on romance – at least half of the book. Thorn and Hazard hate each other so much that they love each other, and this is where my picky reviewing self-overwhelms and quiets the persona of a gleefully reading book nerd with a “just a darn minute now, aren’t they way too old for that high school crap?” tirade. Indeed, they are. Put the misplaced teenage-ish love on repeat in “sizzling” scenes with endless references of the characters being unable to control themselves and awkward conversations where they address sex but don’t, but sort of do in a cringe-worthy way, and you have the only fly in this death du jour. It’s not a huge fly – just your average house fly type that zooms around enough to annoy you but not quite enough to convince you to move from that chair. I’m hoping that the romance will not so much tame down as mature up in the next edition. But if it doesn’t – who cares, I still adore this series! So, if you like cozies with heart and soul, here’s your series! It’s not perfect, but it’s nearly perfect and excellent for this blustery spring weather. Dig in and cuddle up!