Dead in the Cellar 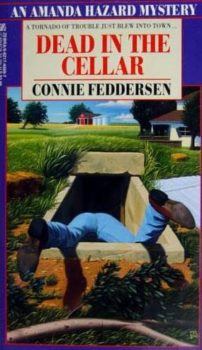 Book two in the Amanda Hazard cozy mystery series starts as any good cozy should: with a darkening storm, an isolated farm, and a dead body. It begins when Amanda comes to visit her cantankerous client, the isolated and generally disliked, Elmer Jolly. Already her not-so-great for the rural wilds of Oklahoma car is having issues with the pitted country backwoods roads. And there is no help out here. With lowering storm clouds, all she has seen is one speeding pickup truck, and little to no shelter.  When she gets to Jolly’s farm she’s determined to help her client into the storm cellar before the impending twister hits. Only Elmer isn’t anywhere to be found. Hidden away in the already flooding cellar though, Amanda finds her next investigation floating dead among his canned preserves. 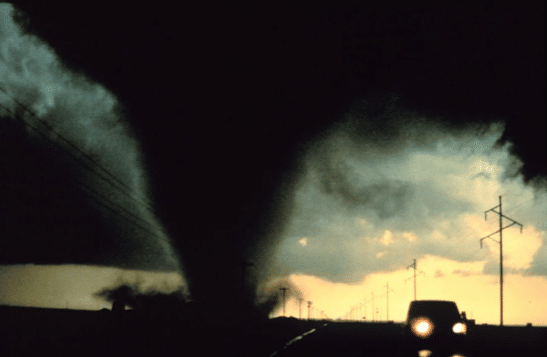 Once again, however, local heart-throb sheriff and Amanda’s on-again-off-again love interest thinks the death of this old man was just bad luck. His missing glasses, strange phone call, and that run-away pickup are all negligible details. But Amanda knows there is more to the story and she suspects that Elmer’s missing will spells it all out. Will Amanda find the will before the killer does? Which one of the money grasping relatives had it in for dear old Elmer with his hidden fortune? What about Elmer’s opportunistic neighbors and the bad-blood and juicy scandal local beauty shop gossip Velma is all too willing to dish. Soon enough, it looks like everyone but Hazard had an excuse to help the old man straight into a watery grave. Meanwhile, her hunky sheriff has found himself a new catch in town and their budding romance is just as dead as poor old Elmer.

Feddersen’s Hazard series is as cute as ever, perfectly combining cozy locals and images with a playful writing style and some good old-fashioned gumshoeing. The romance between Hazard and Sherriff Thorn is still distinctly over-blown, what with their pre-teen sexual subtext and continual misunderstandings and blow-ups (admittedly, something that could be decreased), but that doesn’t keep fans for rooting for the self-dooming couple non-the-less. We may mock, especially as Thorn’s “control” is sorely tested when one dark and stormy night delivers Hazard right to his doorstep, but we’re still invested and willing to take the silly along with the cozy. 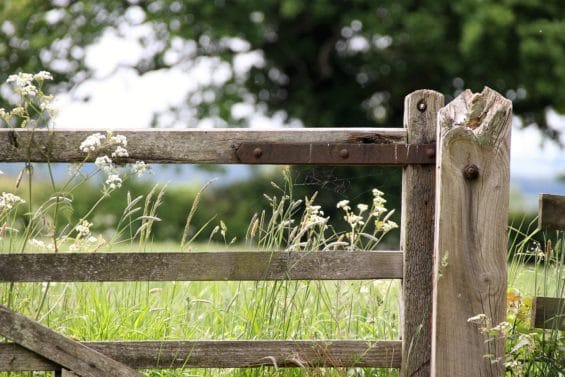 What really shines here, in addition to the country setting and our occasional insights into Hazard’s not so bad attempts at farming, is the scope of the mystery. We, along with Hazard, have seen the softer, more likable side of the dearly departed, but the rest of the town, especially the ill-named Jollys, all have reason and opportunity to off the offending Elmer. Soon, the search for his will leads the killer or the relatives (or both) to begin playing pranks on Amanda’s non-too-secure home, leaving her to tough it with the inimitable Thorn at his ranch. This gives the couple a chance for some choice words and near intimate moments, made all the more confusing by their mutual side relationships, all while the killer leaves a very careful and deliberate trail that only the nosy Hazard will be tempted to follow.

The conclusion is the usual fair – extended near death/killer confession sequence with some heart-pounding moments. As in the last episode, the concluding piece takes place with an abduction and speeding car, a talkative killer, and a finale that leaves Amanda bumped and bruised but more than ready for her next mystery.

Dead in the Cellar is another enjoyable moment in the series. It moves along Amanda and Nick’s relationship while giving us a fairly complex and involved who-dunnit investigation and a good payoff with a satisfying final answer. All the while, the cozy aspect of the series, born from the location, the amused sense of writing, and the ultimately likable characters, keeps the tone upbeat.