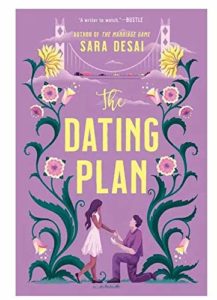 Daisy has never – will never – forgive bad boy Liam who stood her up on prom night. All these years later Daisy is a somewhat successful although hermit-ish software engineer, but thinking of Liam still makes her blood boil. To make it worse, he abandoned her entire family – the family who had taken him in and treated him like another son. Liam left her brother, her father, all of them, without an explanation or a goodbye. She’ll never let him back into her life for any reason. So imagine her surprise when a twist of fate, a handful of tampons, a bunch of annoying aunties, and a chance encounter leave her engaged to Liam. Fake engaged, of course. This time, it’s purely a business arrangement and no one – mark it – no one will develop feelings.

From page one, you can pretty much see where this comedy of errors plans to go. Daisy’s hatred for Liam is predictably tempered by her continual attraction to the now millionaire (billionaire?) venture capitalist who still keeps his bad boy edge alive (vis-à-vis constant leather outfits and motorcycle talk). Of course there is something noble behind Liam’s betrayal, a comedy of misunderstanding and pathetic communication that only happenstance, accidental sex, and misadventure can unravel.

It’s the same old rom-com story told time and again. Not that repetition of a favorite story is necessarily a bad thing, but Sara Desai doesn’t bring anything new to the table in The Dating Plan. As a matter of fact, the happily-ever-after comes too easily. 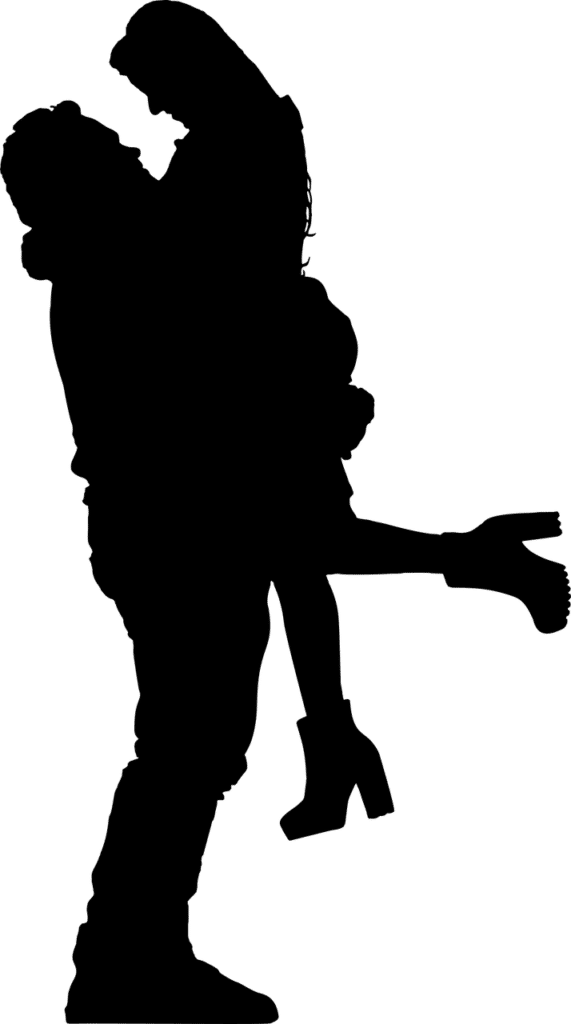 Daisy is your traditional nerd – she likes to hide in her cube and thinks more in terms of code than people. She’s still super sexy (of course) with an active hook-up life and avant-garde fashion with all the trimmings, plus the shortest skirts and most plunging necklines money can buy. Because all hermits like to look sexy for all those people they avoid seeing . . .

For someone who isn’t really good at the people side, Daisy is altogether too much of a popular girl, and a sudden shift in her work culture leaves her to develop feelings of friendship overnight for her assorted bunch of co-workers. And so, we’re told Daisy is one thing, but the little bit of showing the book does gives us an entirely different character who doesn’t fit the mould she’s been shoved into, despite her apparently misanthropic love for math (the horror!) and endless array of Marvel lingerie (are there really Hulk bras?)

Daisy’s family is equally as stereotyped. They are Indian and so have a close-knit, conservative extended family life that’s sure to intrude on any romantic moment. Daisy’s aunties are all interested in getting her to agree to an arranged marriage, which is thwarted by her non-traditional, adventurer father who has his own story of heartbreak (don’t worry, he’ll get a side romance.) Daisy’s aunties are intended to be the comedy. They are well intentioned, but frumpy and hardly “with it.” They barge into Daisy’s life sans warning (cue the usual almost-caught-in-bed hurry sequence) and are the catalysts for Daisy’s desire to pretend to marry her enemy for a moment of relief. Because that plot has never been done before.

Meanwhile, we have Liam with his dysfunctional family/life. Liam is your average multi-millionaire with a broody soul and motorcycle boots. Having come from nothing, he made it rich overnight, but still longs for the love of a good woman and someone to fix his messy family dynamics. But don’t worry, he’s a cool bad boy still because he wears leather jackets to board meetings. He is also just so self-sacrificing and has an inferiority complex that will nicely jive with Daisy’s superiority. He also needs to get married now if he wants to inherit the family business, thanks to dear old dad whose weird will stipulates that if Liam doesn’t get married before his next birthday he will be disinherited (thankfully the father didn’t die the day before Liam’s birthday, but a convenient two months beforehand). This is Liam’s only chance for family and happiness, and of course he’d rather run the family distillery that makes no money and abandon his big company that makes millions. Of course. It’s so . . . logical.

The couple makes a series of plans with Daisy’s mathematical precision to make their fake engagement look real and organic. That’s where the comedy is supposed to come into play – it’s obvious the plans will end in love and mishaps as they meet each other’s family. 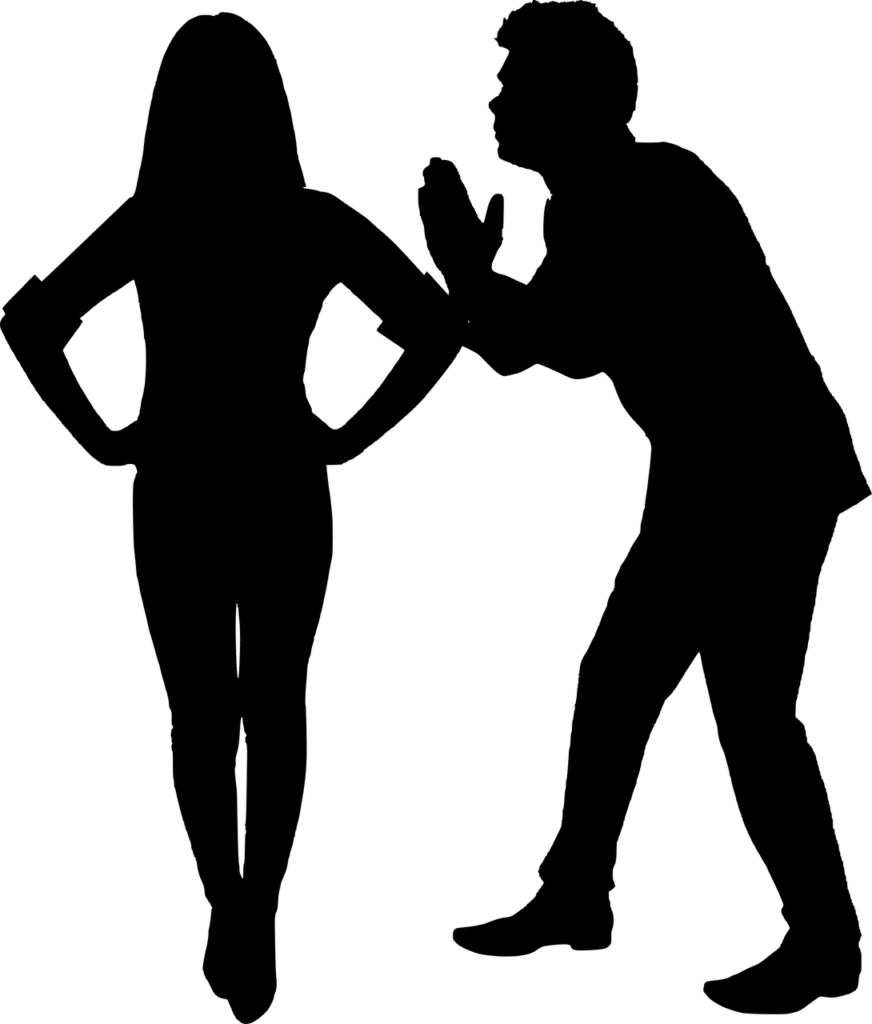 Image by mohamed Hassan from Pixabay

The plans themselves don’t make a lot of sense, since Daisy and Liam tell everyone (and I mean everyone, they legit tell the bartender at one point) that the entire relationship is fake. This leaves us to wonder why they bother with the plan at all, but really it’s obvious. The plot needs them to engage in activities that bring them closer together and encourage Liam to tell the truth about the prom night (which at first he will never, ever do because of a deep dark secret, and later he does without a second thought.)

From the beginning, the tension is minimal. The attraction between Daisy and Liam is too great and they break the rules so early in the game that really, there is no game, no wondering if this blighted couple will be able to open up and be honest with one another. The dates are set-up to be funny, but they really aren’t. They try too hard, with the jokes being worn and repetitive, interspersed with some spicy sex that comes far before it is earned and solidifies what we already know: the couple will have their trials but end up together (of course) and the truth will out (of course) after one big, almost loose it all misunderstanding (of course).

While The Dating Plan isn’t a bad book (or at least, not horrible) it is nothing special. The romance is trite, two stereotypes meeting in the night and literarily breaking furniture in their passion. The comedy is forced and minimal (the biggest “laugh” is about an auntie who can’t cook), and the characters never develop or make us root for their happily-ever-after. They don’t need too. They don’t have to struggle for their romance, and the entire plot of the book is literally laid out and obvious from the first few chapters. It’s well written, but easily the type of book that you could simply forget to pick back up and finish. Two and a half stars, mostly for not being poorly written.