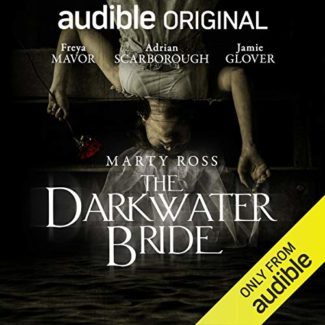 Men are Dogs, and Ghosts Avenge

Not everything is all propriety in Victorian London. In the dim recesses of Darkwater Reach, pushed up against the Thames, pulling nearly mummified bodies from the water is hardly unusual. The story behind these grisly finds probably ties into the clientele that swarms the Reaches at night: prostitutes, businessmen looking for less savory means of entertainment, cutthroats and criminals, and, supposedly, the vengeful ghost of a woman who oversees it all. When a Scottish businessman is pulled out of the murky waters and the police trace his nearest relatives, young and sheltered Katrina arrives in the Reach to identify the body and ponder why her father was in such a place and why the jaded police say it was suicide. Her father, set for life, was on the very eve of success and ease. She knows he wouldn’t take his life, much less in a shadowy place like the Reach. But who is going to listen to a young girl alone in London for the first time, and who really cares what happens in places like the Reach where humans swirl around the clogged banks of the river, making filthy deals and abandoning their dismembered dead?

Enter Cully, a policeman on the force, himself young and idealistic although far less sheltered. This sudden onslaught of strange looking bodies has him wondering about the official dismissals as suicide, and Katrina’s vehemence convinces him that her father wasn’t the suicidal type. But he cannot go against the direction of his mentor and the leading officer on the case . . . at least, not during his on-duty hours. His research begins as a way to protect Katrina, a feisty protagonist with more grit than sense, and ends in the depths of a devastating and violent secret that ties into a legend of abuse and a sorrowful ghost. 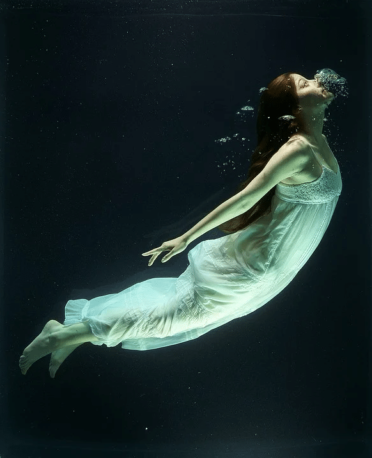 Darkwater Bride is more reminiscent of a play or radio drama than a novel and, as an Audible Original with a full cast, that’s the intention. This approach is largely a success and has readers jettisoned back in time, listening to the murky sounds and splashes of the river, the grimaces of the constables as they pull another eel infested body from its dark maw. For the most part the acting, the reactions and actions, the breathless wonder and shivering fear, is well rendered, a quality production that transcends its timeframe and brings the seedy underbelly of Victorian society to throbbing, putrescent life. Occasionally, though, the sound effects (running and what not) can be difficult to understand, even distracting, leaving listeners a little lost at times as the action (of which there is a pretty good deal in the story) doesn’t transcribe well to auditory cues.

There are four main characters in Darkwater Bride, Katrina and Cully being the protagonists, and the narration fluctuates among their diverse voices as the secret begins to unravel. The antagonists and the fullness of their schemes stay back burner as Cully and Katrina investigate, following in the steps of Katrina’s father’s last, sordid evening. Slowly, the revelations are made, and we begin to see how good and evil stack against one another here and where they touch and hopelessly enmesh like the dirtiest of dark waters.

Many reviewers of Darkwater Bride tout Katrina as an inordinately irritating distraction to the main thrust of the narrative: being both too naïve and too pushy at the same time. Indeed, Katrina has a hard time realizing that the places she visits are brothels, but this comes off less as innocence than as flat denial, which resonates with me. Katrina has her suspicions, as we finally learn, yet to admit that her father was violent and depraved is difficult to easily accept. She knows but does not want to know. She must see and experience, yet she does not want the revelations which keep coming. It is a common and relatable human contradiction: denying of the obvious.

Katrina’s approach is, however,  lacking in cleverness; she puts Cully in continual danger and doesn’t seem to understand that with her presence many of the real revelations will be held back, her father’s cohorts unwilling to so easily shatter the societal norms (i.e. talking about sex in front of a lady). Nevertheless, her bull-in-the-china-shop antics, while at times annoying, are always consistent with that of a person in denial, in pain. Her feigned shock at what her snooping reveals – houses of prostitution with under-aged girls, the obscenities of Daug’s Divinities, and the reasons behind the Bride’s legend belie a dark knowledge swimming just underneath the surface. For me, this mostly works and the author ties it up nicely in one succinct but subtle conversation with Cully. 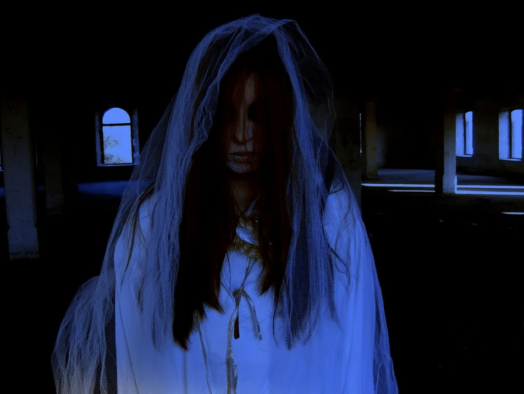 Eventually, the presence lurking in the background comes into play – the Bride herself. This Bride takes the story beyond Katrina’s investigation and reveals a greater, more horrifying theme: the violence of men against women. Here we see a culmination of everything from prostitution to pedophilia to rape to torture. Only one male character thwarts the stereotype and proves to be decent and kind (Cully of course). More on that later. This theme, combined with the supernatural aspect and the looping descriptions of fetid water and grim tides creates an atmosphere that evokes the back-alley murders of Jack the Ripper and the eternal horror of submerged evil rising to the surface, unfettered and putrid. The descriptions, oddly subtle and lurid at the same time, are enticing in their debauched, rotted beauty, an odd aura that will enthrall the horror fan and the admirer of literary style and elegant description. It coalesces, swirls together, and with the narration and the quality of the drama puts readers into what is happening and evokes this grotesque menagerie. It’s beautiful in its artistry, although horrible in its context and in the overall theme. Men, it seems to be saying, are dogs. And indeed, the ones attracted to Darkwater Reach most certainly seem to be, Cully aside.

The only real issue that broke the spell of Darkwater Bride was the conclusion and the action that lead up to it. Most of it breaks with what has already been established and the rest is for pure drama that doesn’t fit with the mood of the story and its general cadence. Hence . . . spoilers. . .

Cully is unnecessarily offered up as a sacrificial lamb, dying supposedly for his goodness. This comes off more as a plot device than anything else, as the Bride takes him, yet her reasons remain vague. As we get to know her more, and her mode of operation, the actions make even less sense. Did Cully merely die because he was male, then? Katrina’s reaction is likewise lackluster and she forgives the Bride effortlessly and almost merges with her, her true love Cully grieved only for a second, sacrificed yet again for the apparent sin of being male, even though his own goodness and kindness is never questioned and is even used to highlight the horrors perpetrated by others around him.

Once we move beyond the issue, described above, the action escalates. It’s obvious that the story must end, and so we have a confrontation that feels forced, alongside sequences that are hard to follow and a sudden partnership that is (see spoiler) again displeasing. That’s not to say that the ending was bad, but in context with the rest of the story the care and precision seems lacking, the conclusion emotionally unsatisfying, the loose threads lying tangled on the waters.

Darkwater Bride is most certainly worth a listen for fans of horror and mystery and those who like radio-drama-like productions that embody a dark, sinister side. The subject matter is difficult, however, and you will find no genteel Victorian sensibilities here. If sexual content and sexual violence (extremely depraved I might add) are triggers for you, though, stay far, far away. This tale will go to very dark places, and there is no salvation in the ending.