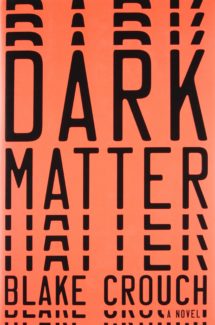 A Sci-Fi Thriller About Small Decisions and Apocalypse

A universe of possibilities exists within each choice. Some are obvious: whom should I marry? What should I choose first: money, career, love – a strange, unbalanced mix? Should I have children, and if so, where do they fall within this delicate, imprecise juggling act? Yet other choices are small, subtle, meaningless when we talk of life, paths, regrets, the endless drumming of “what if.” Takeout or microwave meal? Back roads or interstate? Sleep-in or exercise. Coffee or tea. Every moment is a choice, every breath an irrevocable step forward.

Within each, however, so many cosmos exist, the domino effect of the seemingly inconsequential building into stories as unique and delicate as a snowflake with the endless, vast potential of a blizzard. In this white-out of life – what if you could examine all the choices, pick the perfect scenario? What if you knew the outcome of absolutely everything – how your choices mixed with the billions of similar choices going on around you. In such a landscape there is a world of limitless possibility. Which snowflake, then, would you want to catch?

Jason Dessen, is a suitably but not dramatically contented college physics professor who leaves the happy stasis of a mildly discontented home (both he and his wife have previously been wondering, over a bottle of wine, what would have happened if they had each chosen their own burgeoning career over family – most noticeably a surprise son) for a brief bar party celebrating the birthday of his wildly successful, rock-star scientist of a former best friend. Ruminating on the way home, Jason soon learns to be careful what he wishes for when he is kidnapped and injected, left in a decrepit factory, only to wake up in a universe eerily similar to his only. Only here, in this new place, he’s the wild success he always wanted to be. And he has lost everything else. And when they discover he is a fraud . . . well . . . 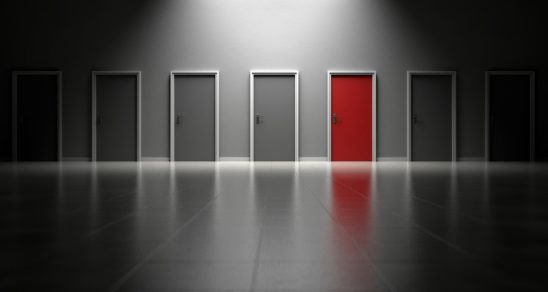 From here, the philanthropic musings on life and the multiplicity of “what if’s” transitions into a desperate race against time. Jason’s successful counterpart, his kidnapper and injector, now presumably navigating the multiverse to the ultimate combination of choices and scenarios, has left an amorphous, seemingly impossible science behind – a life’s sacrificial work, only sparsely documented and barely comprehensible: theorems, assumptions, and convoluted time bending serums and machines, that Jason, only a marginally successful college professor, can only vaguely guess at. Now he’s in a lie – one he can’t bluff his way through for a full twenty-four hours, much less the rest of his life.

With the thriller atmosphere well and truly cranked, Jason and his temporary, seemingly important (although not really) assistant experience the range of possibilities, using a limited amount of serum to jump between multiverses, forever seeking his original home: from worlds and selves just slightly different to realities scoured by the dead and dying: worlds that burn, worlds of plague, and frozen, extinct worlds.

Dark Matter combines science fiction and thriller, and while the narrative is imperfect and messy, in the way of a bleak yet fervent dream, its driving impetus and the desperate humanity behind the longing search for home emotionally invests readers while also keying up the visceral challenges.

The multiverses are brief, snippets in the avalanche of pages covered by the scrawl of breathless writing. Fragments and chopped, desperate dialogue interspersed between the descriptions of potential apocalypses and the more subtle, yet more horrific, encounters with loved ones who in their world and in the unfurling of their life, never knew you. Or even worse yet, versions of yourself – just close enough, just content enough, to stir primal thoughts.  For those who grew up in the 90s, the show Sliders will be brought to mind, the little details and the eventual homecoming and yet misidentification of their real, actual world similar to the tenor of Crouch’s Dark Matter. 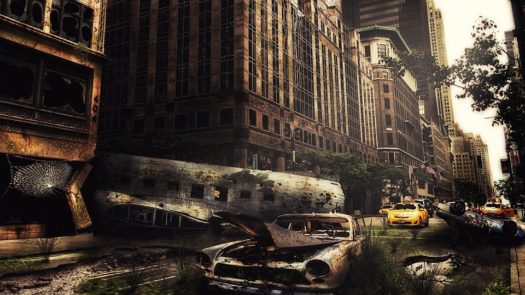 Yet here, world sliding is only half the story – an unfortunately muddled, brief interlude that instead chops away and delves back into moral quandaries and spongy science. I cried for more – wanting to coexist in these endless, all-too rapid worlds, pulled up in the adventure and imagination of their creation, the potential love interest and building conflict as the traveling companion (purloined from the first world) becomes emotionally vulnerable and suitably needy. Crouch, however, is playing an ambitions game here, one for keeps. He doesn’t let small or large plot points get in the way (cue the nonsensical exit of main character and world sliding companion). Instead, another twisty dimension of choices emerges, an entirely new and far more insidious horde to chase Jason all the way to the brink of insanity and with that, ask the ultimate question about love and who deserves happy endings.

Dark Matter is strange in that it has the satisfaction of junk food, even the style and flow of one-time fiction, and yet not the actual substance or temporal quality. Crouch’s breathless piece has the feel that it was written in a night, one chaotic dream sequence burgeoning into the next, plot points large and small dropped, science suitably amorphous with gaping holes and unanswered (perhaps unanswerable) questions left to dangle at the mind’s edge, orphaned. The characters themselves are the typical thriller fare and only their relatable universal desires are enough to give us that humanizing element, that sense of being in the admittedly weird time and place where Jason is currently scrounging for salvation. And yet – yet It’s magically, perfectly sincere. Even the chaotic, somewhat inspired, somewhat vapid and kitschy ending, that oscillates between answering questions and taking a hand sled straight to the hell of a giant, opened Pandora’s box of un-strategized literature, didn’t quell my desire to just stay with this world, to continue the questions and answers of the multiverse. I loved Dark Matter. For its simple honesty and ability to feel, to provoke the deep questions and look at them, to skirt perfection instead to deliver substance and the gut punch that ends with a message. If this is junk food, at least it’s the fancy chocolate cake kind from your favorite restaurant.