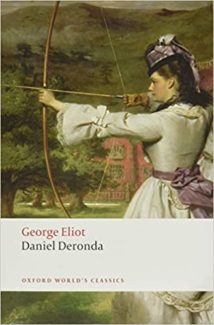 A Classic About Heritage

Daniel Deronda is a story of identity told from three views: a former debutant who has lost everything and faces either poverty or a bad marriage, a young Jewish girl who has run away from a father who would sell her into depravity, and the famed Daniel Deronda himself, a young man who is haunted by an unknown past that obscures his parentage. Slowly, the three come together and each discovers what is ultimately most important.

Anyone who has read a George Eliot story before knows that she writes at a slow burn, more so than some of the other classical authors. Whereas Charles Dickens also likes to spice up his prose with a lot of serpentine language, his beleaguered protagonists have adventures and usually more than one intrigue. Eliot has the same cadence of beautiful language, but not the same push for a strong story. Daniel Deronda is a very VERY slow story, more philosophy and sermonizing than actual plot.

The story starts with Gwendolen Harleth (Gwen), a spoiled heiress. Gwen is introduced as someone we are prepared to hate. She is the old world equivalent of a mean girl: self-absorbed, casually cruel, endlessly appeased by a life of sumptuous winning complimented by her natural beauty and inherited wealth. Gwen, however, proves to be the strength of the story. While away on another fabulous trip she gets a note that changes everything: her father’s estate is destitute. She must come home at once. The family is ruined. This is where she briefly meets Deronda, who casts a judgmental eye on her as she uses the last vestiges of her holiday money to save herself at the gambling table. His look haunts her and, years later, will draw her into a confession and a strange friendship. 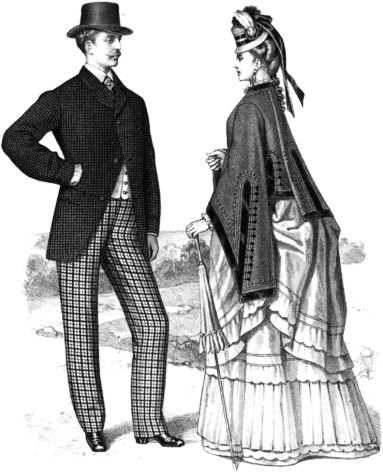 Image by Oberholster Venita from Pixabay

Gwen’s spiral downward is fascinating, especially when she meets the villain of the piece – the unforgettable Mr. Grandcourt – a literary and classical villain who is appealing for his pragmatic hatefulness. In the grasp of her new, wealthy husband, Gwen finds her match. She’s abused, locked into place, powerless, and ruined in more ways than one. When she meets Deronda again, her heart has bigger burdens to share and the advice she asks hints at a very dark ultimatum.

While Gwen kick-starts the narrative, she disappears in the second portion of the book and Deronda takes central stage. The story slows, and then starts to plod, unraveling into long lines of rhetoric that stunt character growth. Indeed, it’s impossible for Deronda to grow. He is perfect from the start, and when he begins to explore his heritage his social rebellion comes without thought, question, or significant cost. He is a shining idea – nothing more complicated than a thought expressed as a man.  The paragonic Daniel is the better person, no doubt, and certainly a better literary idol, but Gwen is what gives the story force and passion.

While Daniel is busy being perfect, he runs into Mirah Lapidoth, a young Jewish girl who believes she has lost everything and is determined to drown herself. Daniel saves Mirah and she goes on to share her own tragic back-story (and a perfection equally as boring as Daniel’s). The two begin to explore a different sort of world, opening conversations about heritage: what it truly means, especially in the context of Jewish history and the movement for creation of a Jewish state (Israel, of course).

From here we meet the sickly Mordecai, a zealot who is convinced that Daniel is the person he has long awaited. Slowly dying of something that sounds like consumption, Mordecai is intent on sharing his ideas and passing them on. This is where the book slows to a complete halt, with Mordecai quickly taking over page after page of impassioned speech about Jewish nationalism. 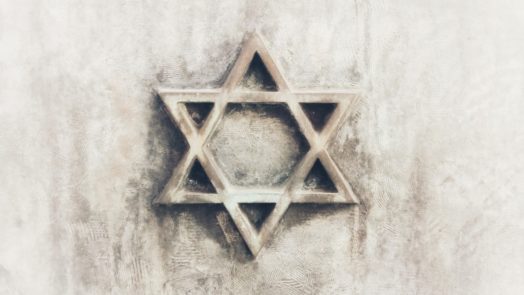 Image by Mauistik from Pixabay

As the characters move together, Gwen grows and shrinks by degrees, a mere back-story. Daniel and Mirah, the two perfect people, remain the same, although they learn many surprising (yet obvious, predictable) things about themselves and each other. This leads Daniel to discard the life he has to embrace a heritage that is finally revealed, which comes off a little too effortless, especially in the time and place, and again, too perfect to feel real. The way that Daniel discards his religion, as well, lead me to actually dislike him because he never seemed to really think through anything in depth but to instead follow concepts without plumbing them. That obviously wasn’t the narrative’s point, but Daniel’s transition is oddly uncluttered, oddly clean, and as with his personality and life, too perfect to resonate at an emotional level.

Overall, Daniel Deronda has interesting moments, mostly because of Gwen and the villainy of her husband, but the main characters and their conflicts are flat.  Deronda and Mirah could have pulsed with life and meaning as they explored the complicated nature of ethnic and national identity alongside romance and duty, but instead served as stand-ins for lengthy speeches without the humanizing impact of real people undergoing a shift worldview. If only there had been some impediments, some very human fears, some soul-searching before the transition, the theme could have gone from a mere idea to a living embodiment and been much more powerful and complete.