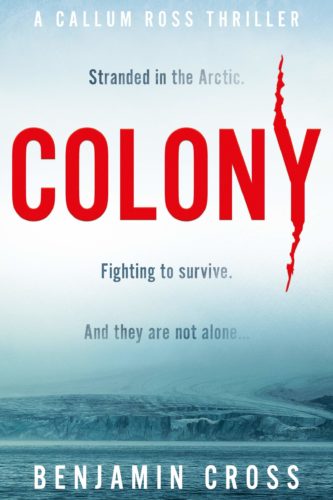 In the depths of the Arctic there is an ice mummy, a secret, and a desperate plot. A group of isolated scientists are inspecting Harmsworth Island in the Arctic Circle for a Russian company that wants to mine for natural gas resources. It’s a semi-political, semi-scientific expedition, one that Dr. Callum Ross joined at the last second. It could be his big breakthrough, and even though he was forced to leave his young son, Callum hopes his work here will be worth the trauma of separation. Little does he know that this last minute chance has landed him in a dangerous position, suspended between a desperate act of terrorism and the long hidden secrets of the desolate island where legend meets living fact.

Colony at first intrigued me because of its echoes of John Carpenter’s moody Arctic horror/mystery, The Thing, with its isolation, windswept tundras hiding eons of unknown history, a group of scientists suspended in artificial closeness, and a 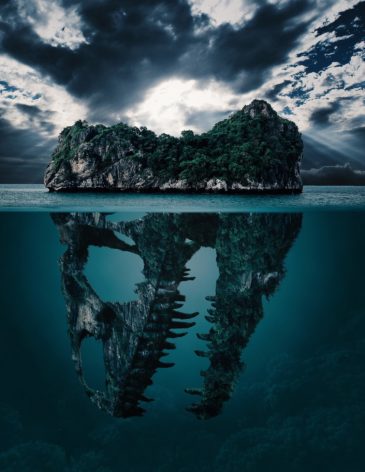 Image by intographics from Pixabay

mysterious creature. The setup promised a story ripe with paranoia and rich scenery. The additional element of human intrigue sounded like it would up the stakes and put the characters in peril, suspended somewhere between the monstrousness in their fellow man and the true monsters that stalk the island. Yet, despite all the potential, Colony is a slow-paced outline of a story, populated by interchangeable characters, a forgettable creature feature, and a ridiculous late-late show take on geopolitical politics and the mechanics of corporate greed. Simply put: it’s boring.

Colony starts slow-slow-slow, and I am puzzled by all the glowing reviews interspersed with phrases like “fast paced action/adventure.” Did we both read the same thing? The pace in the very end does pick up, admittedly, to give us some unrealistic carnage and explosions, populated by villain speeches that are a riff on the traditional James Bond parody (without the cleverness). In many ways, this is worse than the plodding first two thirds of the story.

We begin with an overly large group of interchangeable characters, easily split into two factions: the scientists with their dumb fights and fake romances and the “hardened” soldiers who panic and, like Monty Python’s shooting party, fire at everything (but never hit anything, except each other). As the elite soldiers become creature chow, the scientists bumble around their environment, which should at least be cool, right? How do you possibly make the Arctic, with all extremities and mysteries, its terrifying appeal, dull? One way is to fail to describe it. To pass over the bone-chilling cold and what it is like, living and working in a place where the natural weather can kill you in seconds. The atmosphere that paralyzed us with terror in The Thing long before the big-bad from space even made a full appearance is lacking here. They might as well be in Minnesota or staged at the Wall Mart down the road for all the use that is made of the scenery and the place. 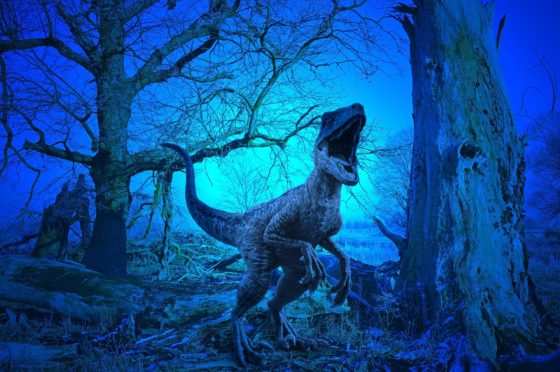 Image by Jim Cooper from Pixabay

As the background terrorism plot is laid and one of the scientists goes rouge, an added complication comes into play. We get a villain who turns into a regretful, love-sick hero desperate to make amends for his past, an evil CEO who does his own dirty work (so he can have some suitably evil villain speeches), and the most absurd computer virus sub-plot ever. And then we merge all these things, finally, with dinosaurs. Because . . . it fits. Right?

As Colony finally bumbles into its later half and action starts to happen, it’s hard not to chuckle at the pages. The leaps of logic (and lack of logic), the screwy betrayals and relentless corny heroism, the “twists” and near escapes, the ineffectual army and the scientists turned survivalists, and finally an entire ecosystem THAT MAKES NO SENSE. But that’s ok. Because it finally, mercifully, ends and readers can close the page and just weep for this story that might have been, this idea slaughtered in its infancy by the absurd and the sloppy. Not recommended for fans of horror, thrillers, or stories that make any kind of loose sense.