Clue of the Broken Locket, The 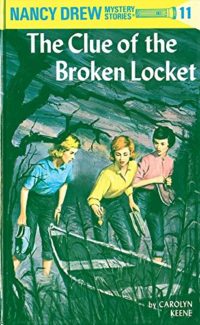 In her 11th mystery, Nancy sets out on what should be a relaxing vacation, only to get drawn into one of her father’s cases, a suspicious record deal, a ghost ship sighting, a missing treasure, a suspicious estate family, a doppelganger of her new friend, multiple kidnapping attempts, and someone else’s rocky romance. It’s a lot – even for Nancy – and as she treks the forbidding forest around her cabin with Bess, George, and new friend Cecily in tow, she begins to suspect that the disparate mysteries all somehow come together, centered on the Driscoll’s at the nearby estate.

A lot is going on in Clue of the Broken Locket, arguably far too much, and the action and adventure is non-stop, as is the danger, near-misses, kidnappings, and assorted threats.  A wider cast of characters come into play this time, with people practically swarming Nancy. Some of the new cast is suspects, others bit players, and many are just side characters who help the mysteries tie together. Add in a ghost ship and a rock star, and you have an absolute jumble, with the girls’ beaus coming to join the fun halfway through. Perhaps if I were younger – child age – I’d find all these endless perils exciting, but as an adult I had trouble keeping up and more trouble caring. Nancy has always had a (usually cozy) tinge of drama, but here it becomes melodrama and keeping all the mysteries separate, and then accepting that they really are (as per usual) all part of the same thing is just far too unbelievable, even for the perfect 1950s land of lady sleuths who catch dastardly criminals but still manage to make bang-up meals and clean everything (seriously Nancy, stop cleaning). 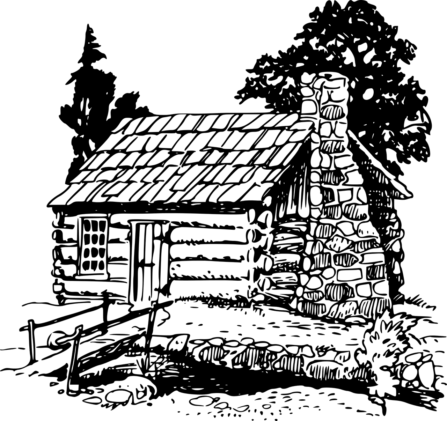 Each chapter ends in some sort of confrontation or cliff-hanger, and many of them don’t fit. For example, Cecily and her rock-star honey are brained by a rock, hurled through the cabin window. This rock somehow manages to hit both people (sitting in different chairs, opposite each other, I may add) and physical lifts them up, sending them sprawling (elegantly, of course) onto the hearthside a foot or so away. Don’t worry though, the glass is cleaned up by these tidy ladies before a hunt for the intended killer begins, and no one is really harmed (of course!)

There is a bit of a darker side though, as two kidnapped children are involved in the story. Apparently the 1950s Flashlight revision is completely different than the original, which is rumored to be racist and also involve the theater/showbiz (I can neither confirm nor deny, since I haven’t been able to get hold of the original printing, much less read it.) Here though, the horror is glossed over, but because of that it feels like a lot of the stolen children plot, which becomes a central point, is unexplained and hastily, thoughtlessly, thrown into the astonishing mix of daring and evil doing that overpowers this Nancy offering, especially the migraine-inducing conclusion. There is something shadier here, but also something far more silly and overwrought that destroys the mystery and makes it a farce.

Clue of the Broken Locket isn’t all bad, of course. We do get to spend more time with Nancy and there are cozy moments, including a cat with a minor roll, and some quaint descriptions of the cabin and surrounding nature, plus the happily ever after we know is coming. To a child, this particular drama may not be the worst in the series (so far), but the best. Nancy in the leaky boat, confronting ghosts and scary men in the forest, becoming a rock star’s friend and wondering the woods for clues, might be just the kind of good, scary mystery every kid secretly wants to read. If only I had read this particular Nancy story as a child, I might be able to give more perspective on if the story is severely flawed, or if age just ruins it. Yet I suspect that Clue of the Broken Locket tries too hard, throws too many things together, and gets lost in its own ambition with no clear way to tie everything together and make sense of the mess.