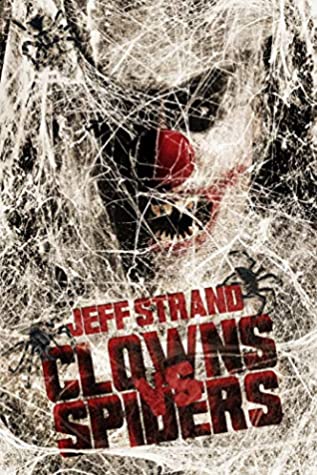 Sometimes, you have to let go of dreams to survive. Jaunty, Guffaw, Wagon, Reginald, and Bluehead all know this. You see, they are all clowns. Not the scary kind – of course not! They are pleasant clowns, all about the lighthearted, the slapstick, the family friendly entertainment, laughs and cheers. Unfortunately, no one really wants that anymore: too many scary moves, too much of a cultural change. And even though Jaunty and his friends holdout, stand by their dreams and the sacred profession of pleasant clowns, they need to keep the lights on. They need to eat. And so, temporarily, they set aside their rigid morals and join the Mountain of Terror.

Meanwhile, a group of explorers opens up a deep cave and something that has been dormant and very hungry for a very long time starts to crawl out. When the going gets tough and the tough get eaten, all that stands between humanity and a lot of very large, very hungry spiders might be a rag-tag band of clowns, still in scary makeup, who have a dream and an undying duty. 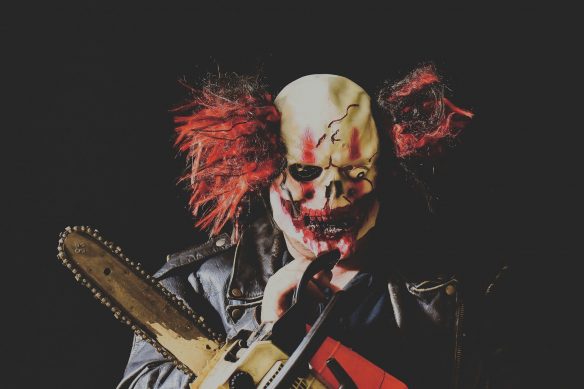 If you’ve read any Jeff Strand before – you know that Clowns vs Spiders is going to fall somewhere between absurdist nightmare comedy and something pretty darn scary. As a matter of fact, this might be one of Strand’s weirder offerings, a sort of Shaun of the Dead with big arachnids thrown in. It’s a fun delight and not for the faint of heart.

Cranking up the gore, Strand starts as he means to go on, piling up the bodies. The spiders, meant to be comic, are actually pretty terrifying. The sequences of death and dismemberment create a humanity-in-peril motif that is disturbingly well-done. If you expected to chuckle on every page of Clowns vs Spiders, put that assumption aside. When the chips are down, Strand can terrify you with the best of them, and this little bow to B movies everywhere still has plenty of teeth. 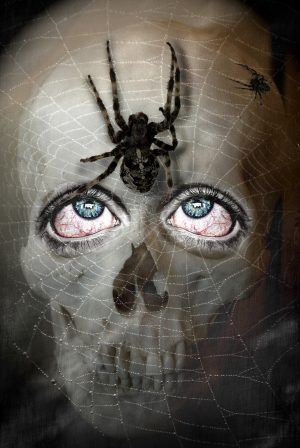 Jaunty and crew are a little formulaic and often hard to separate. Many times their banter is a little overdone, even for Strand, who has absolutely, positively never veered toward what could be called subtle. That’s not to say there aren’t some chuckles, because our well meaning, albeit grisly clowns are not the heroes you want (although, hey, maybe they are the heroes we deserve?) As they try to keep up the good name of clowns throughout the spiderpocalypse, they end up killing and maiming almost as much as the mega spiders. Misunderstandings, side bars, and ridiculous circumstances keep a surprisingly dark story from veering too far into the horror of its situation, and while this is often forced, it is still enjoyable.

In the end, the clowns meet the boss spider, and more shenanigans go down as they have to once again choose between life or the integrity of clowns. Clowns vs Spiders is not Strand’s best story, but it might be his most fun. It’s a light but nevertheless horror worthy read, perfect for spooky moods that aren’t depressive. It’s not the type of story that you re-read, but it is the type you just have to pick up and enjoy once. It goes fast, dishes some truly creepy scenes, and gives readers an unforgettable creature feature. Recommended.