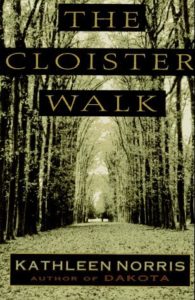 Tell Me All Your Thoughts on God

This one has been sitting on one of my many bookshelves for years, and I’ve nearly picked it up several times only to get distracted or feel that the requisite spiritual mood wasn’t there. During this pandemic, which is horrific and sad for the world and yet oddly good for my extremely introverted, hermit-ish soul, I decided to do some catch-up and hit that pile of books I’d always wanted to read and yet never quite started.

Kathleen Norris writes a rambling book, half poetry and half stream of consciousness about her time as an oblate at the Benedictine monastery of St. John’s in Collegeville, Minnesota, her general spiritual journey from apathy to restrained devotion, and the impacts this journey has on her perception of the world and the church, including its stranger saints. For those not in the know, the role of oblate is essentially honorary monasticism for those who are married or otherwise outside the strict requirements of the cloister, yet desire to still participate and follow some of the rules. In other words, it’s monk-lite. 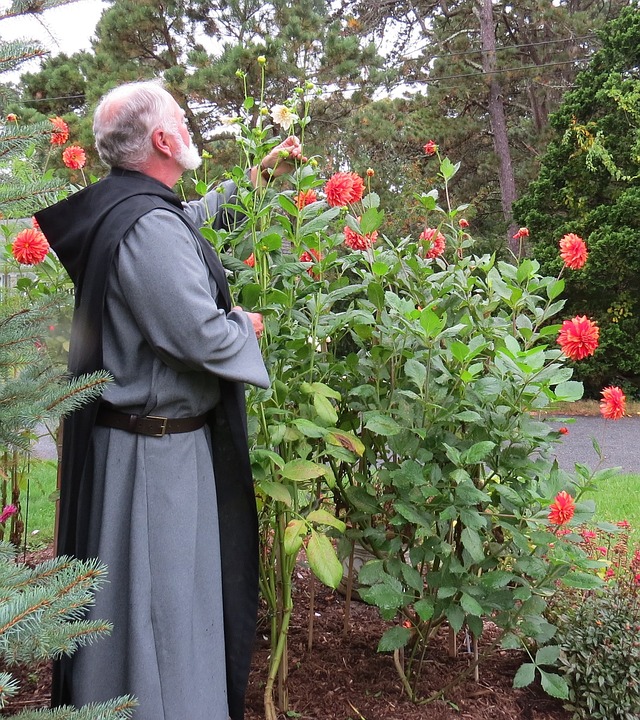 Norris comes from a protestant background, and yet finds herself compelled by this life of chastity and worship, cloisters and habits, and its quiet gentleness and yet worldly acceptance of things as they are. As a reader with little knowledge of cloisters, beyond that found in old classics (think Jean Val Jean’s hideaway in Les Miserables), I often find myself perplexed by this life that denies the more active portion of Christianity – the actual participation in all aspects of life. Monks and nuns are often seen in such a light, as useless figures who hide from society and whose devotion leaves out one of the greatest commandments, spreading the gospel. Add in the extra elements – the forced chastity, the segregation of community that follows, and the austere garb that denies the human shape, and you have an institution that reeks of the Dark Ages and distances those of us who consider ourselves modern and reasonably woke. Norris takes that assumption and gently, kindly, shatters it and leaves us, if not ready to “get thee to a nunnery” at least more aware of the essential nature of such places and the deeper truths that they sustain.

Norris comes at it like most of us do: reasonably religious, reasonably curious, yet grounded in the day-to-day world of secular getting by. Her interest has its skepticism but also a willing curiosity that engages with those around her and reaches out for understanding and wisdom. Before we know it, her quirky, almost episodic diary-like entries have us loving these Benedictines and the Dessert Fathers from whom they descended (most certainly will be finding some books on that soon!) Despite my constant waiting for the “right” moment to read this book, it found me right when I needed it. The psalms, and the Old Testament in general, is a bit of a struggle for me. First, I don’t like poetry. Despite those fancy degrees, poetry still eludes me. I just don’t get it, and I don’t like things I don’t get. Combine the poetic nature of the psalms with the old-school war language, the defeating enemies and praying calamity on them, and you have me distanced and more than a little uncomfortable. After all, we all like the merciful aspects of God, His willingness to forgive our faults, heinous as they are; the righteous God that punishes, the battle God that vanquishes, well, as far as our culture is concerned this just isn’t something we like. The Benedictines though are not afraid to tackle the difficult bits alongside those peaceful passages we all love. Indeed, the Benedictines have a love of the psalms, reading and immersing in them daily, starting over once they are all read again, imbedding the rhythms into their daily lives and contemplations. I started this book at the same time I started to read a psalm every day and the accompanying commentary on the Enduring Word commentary site. Alongside Norris and her beloved Benedictines, I am starting to really get it and see the beauty and feel an affinity for King David akin to spiritual friendship. 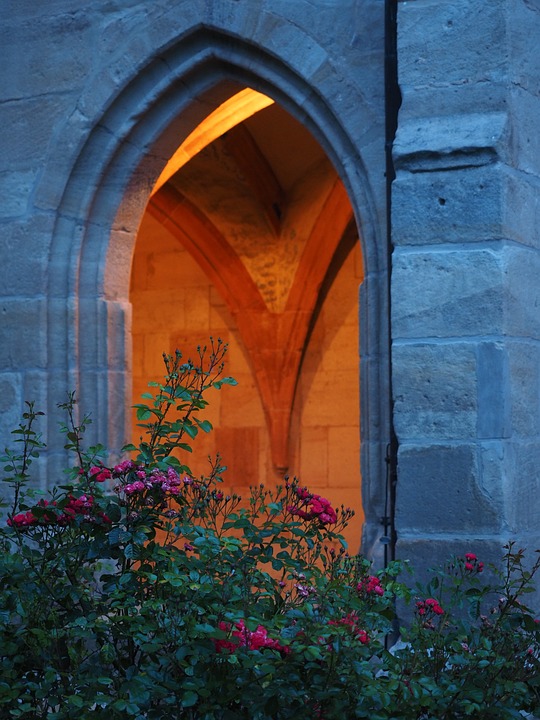 Norris also asks some of the other big questions: namely how can these people who accept lifelong chastity get by without loneliness and still be able to help those, many of whom are married or struggling with a relationship, that come to them seeking advice and spiritual insight? Norris spends a lot of time bringing the monks and nuns alive and making us see the other side. These cloistered people are still just that: very real and very human people who approach life and all its complexities and needs with a startling honesty. Whereas prudish denial may have been a darker part of the cloister’s past, it doesn’t show itself here and the way that the nuns and monks approach their unique life leaves even the most skeptical eye-rolling readers with a sense of deep respect . . . and also gratitude that many of us never feel called to experience this particular sacrifice.

Community is another element that Norris dives into and is a place where the book really shines. For those of us like yours truly, who could happily live in a fortress of solitude surrounded by books and cats, this is an interesting take on the strength of human bonds and the necessity of community. Norris spends a lot of time explaining how a cloister is set-up to reinforce the bonds of community and human love, beyond merely liking or disliking someone. My own protestant background has always focused on a personal relationship with Christ, which conveniently left the mess and necessity of other people swept under the rug (a hermit’s dream). Norris lifts that rug, and her nonjudgmental wonder at what she finds in community might lead some of the more reticent to a sense of shame and a desire to try and break personal walls and reach out.

Norris, as a writer and poet, also spends a lot of time with the idea of metaphor and language. I’m not always with her there. Yes, metaphor is powerful, but I get edgy when people try to apply it to the Bible. Not that metaphor isn’t there, just that often times people like to say the entire thing is some sort of allegory, or at least the bits they don’t want to personally do are a metaphor for some soft-soap like adage of “ah, just love your fellow man.” Norris doesn’t really fall into this, but sometimes her literary leanings can leave me a bit perplexed as to what she is actually saying and what her own beliefs are. Nevertheless, it’s always interesting and her out-of-the-box look gives the religious life a freshness and relevance that is often lacking. 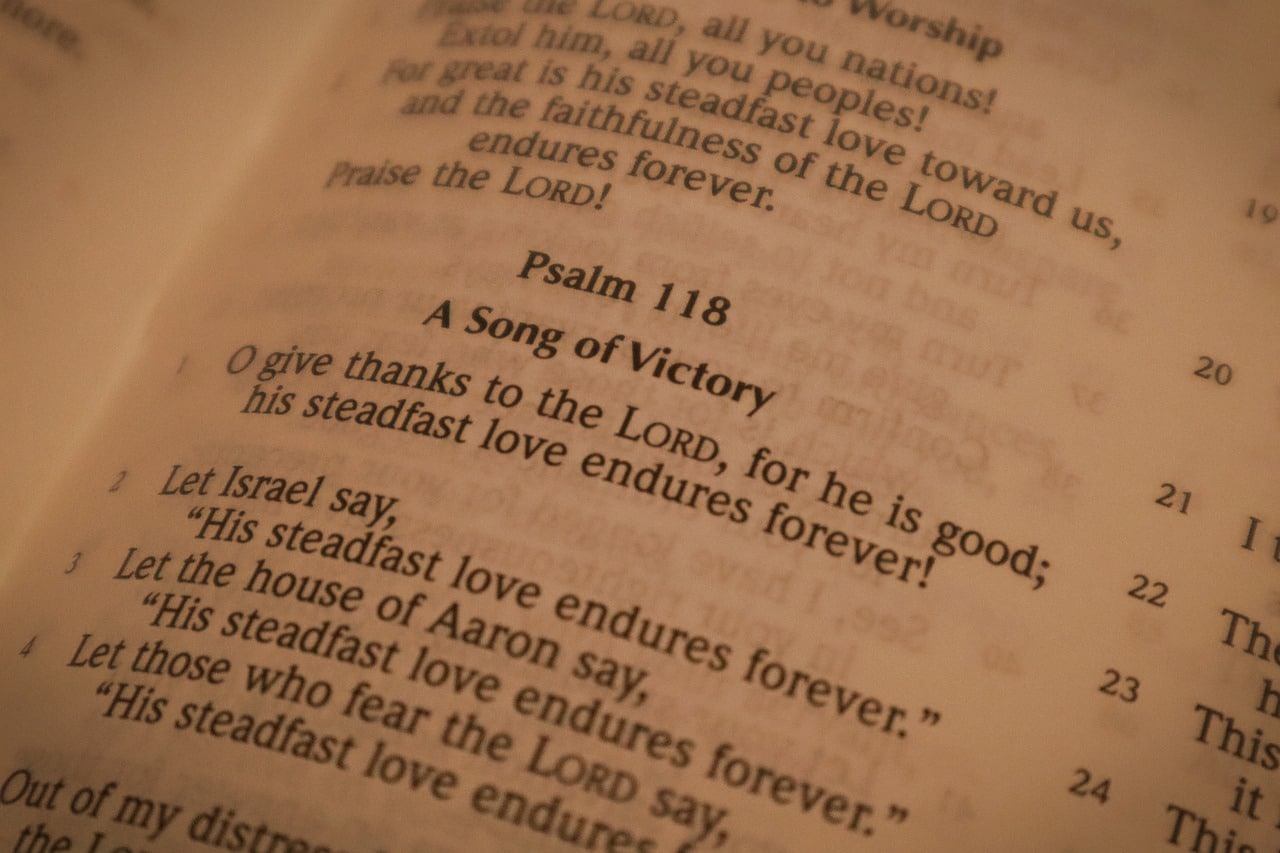 Norris also discusses some of the more difficult aspects of Catholicism, including a fairly long chapter on the habits (i.e. attire) and several, almost academic like articles on lesser known saints, revered because they were willing to be murdered to keep their virginity. Norris actually made these chapters interesting maneuvers into both feminism and new ways of looking at historically shrouded figures and the honor behind them.

This is only, of course, a brief (ok, not so brief) look at some of the content Norris covers, at least the focuses that were most powerful to me. The book is a little bit of everything, with no discernible flow or concentration. Just one person sharing her deepest thoughts on aspects of religion and life. Norris never really reveals a lot of details about her daily life (or secular life), but she shares her thoughts on God, on life in the cloister, on the beauty and transcendence of scripture, and on our own unique approaches to a relationship with God and one another. In the end, I hated to say goodbye to this time of thought, this safe space to think about God in my life, to step away from judgment and into understanding of different gifts. In the end, I might  even secretly harbor a wish to be an oblate.