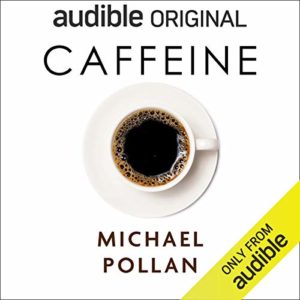 When I saw Michael Pollan’s Audible Original Caffeine: How Caffeine Created the Modern World in my monthly free download queue, I knew that I absolutely had to listen to it. My interest is two part: since the age of five I’ve been drinking coffee. I kept up with this until into my late 20s when my daily six plus cups alongside a few sodas started causing me health issues. I still adore coffee and caffeine of any kind, yet as I age, I have discovered that my long-time comfort of caffeine-oriented drinks no longer sits well with me. Why is this, and why do I still crave caffeine and find ways to introduce it (in more guarded amounts) into the complexity of my daily rituals? Is there some secret to getting my body back to its comfortable tolerance? Pollan address most of this and more, giving the audiences a brief introduction to the history, cultural importance, and structural components of caffeine in this Audible Original, which is less a book (it is only a few hours long) and more a feature article/essay.

Like a feature article, the story starts personal. While doing a write-up on the history and effects of caffeine, Pollan decided abstinence was key. This, as any longtime Starbucks fanatic knows, is a recipe for disaster; when Pollan’s caffeine fix departed, his muse went with it. Throughout the researched portion and reporting, Pollan dips back into his daily life – his new lack of focus and drive, his craving for the ritual fulfilled only by buying that daily cup of coffee. And so, as Pollan devolves we conversely experience the evolution of coffee from the discovery of the coffee bean to its effect on culture. Caffeine, also in chocolate and tea, has its place but coffee leads the cultural shift with its megadose of what Pollan notes is the only socially acceptable drug to give to your children. 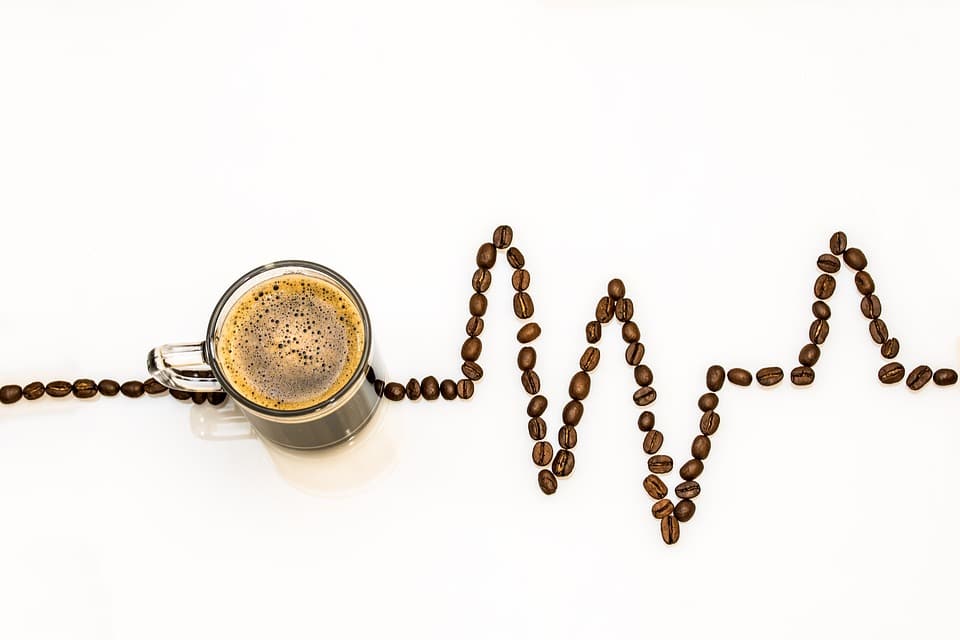 The narrative is short then, a vast whirlwind that gives the curious a taste of a far more full-bodied history and place in our collective, herd-mentality hearts. For those who want the full scientific and historical treatment, this brief episode is just the tip of the iceberg, a colloquial, over-the-tea cups chat about the big elements in a vast story that comprises hundreds of years. That being said, within its brief two hours and two minutes, Pollan covers a lot of ground and aficionados learn a lot about their favorite legal drug. For instance, bees and other pollinators likewise exhibit a preference for and addiction to caffeine, which is conversely poisonous to all manner of harmful bugs. Also, the caffeine molecule fits nicely into a certain receptor that keeps us convinced we are not tired (when indeed, we are). Caffeine made the industrial revolution and likewise our fast-paced work around the clock culture not only possible but sustainable; and, caffeine has been intimately involved in the life of the mind from the creation of the arts to the toppling of countries, and much, much more. In case you didn’t know, caffeine is just as much a substance of choice as a political statement and the effects are far reaching.

Pollan leans toward the camp of caffeine = bad, yet in the end he likewise chooses to come back to the rat race with carry out coffee in-tow. It’s an interesting diorama, this rapid shuffle through history and the effects of caffeine back into a world that we now love to hate. Caffeine gives readers a lot to think about without being overly judgmental, and it leaves us both a little frightened and a little more in love with this strange molecule that uses stimulation to brainwash its hosts.  You won’t look at coffee or your soda quite the same again and, if this sort of thing is your jam, you’ll leave wanting more and bigger books that further expound the secrets of that frenemy to society known as caffeine.