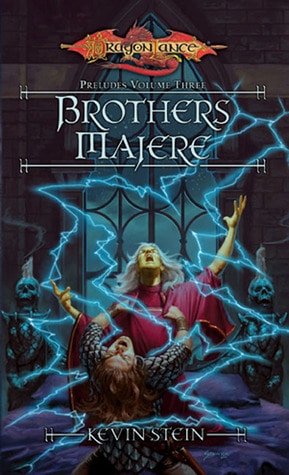 After reading the Dragonlance Chronicles series and following that with the Twins trilogy, I was firmly enthralled by the sardonic, tricky mage with the golden hourglass eyes: the unforgettable and slightly romantic, deliciously conflicted Raistlin. Not to say that the other characters weren’t also unforgettable and poignantly relatable: Tanis with his complicated choices and divided loyalties, Riverwind and Goldmoon with the staff and a tumultuous destiny, Strum with his unshakable sense of honor, Raistlin’s happy-go-lucky brother Caramon, the grumpy Flint with his longing for the caverns, and even the often times annoying Kender, Tas. But Raistlin, for me, was always something special. His personality just has that extra level of complexity: a tragedy mingled with intelligence and avarice, occasionally tempered by more kindly human feelings. His magic and meanness combine and grow, but even as Raistlin chooses the darkest path of all, there is still something at his core, unreachable, but oddly good, albeit tainted. He’s the kind of villain you never forget; a person you love to hate and maybe, secretly, just plain love. I’ll be honest. I rooted for Raistlin even when he chose the black robes and always held out that it was never too late for him. The history of Krynn and the weight of realized dreams, however, had something different and all together more real to say.

But for now, in the Brothers Majere we are before the events in the Chronicles and after those depicted in Soulforge and Brothers in Arms. If you are thinking at this point that these are a lot of other books and references – you’re right. I suppose you could read and enjoy this without knowing any of the multi-layered history of Krynn and the companions, but why would you do that? What would you get out of it? Stop now. Go to your favorite book purveyor. Buy the Chronicles (the first is Dragons of Autumn Twilight) and do this thing properly. 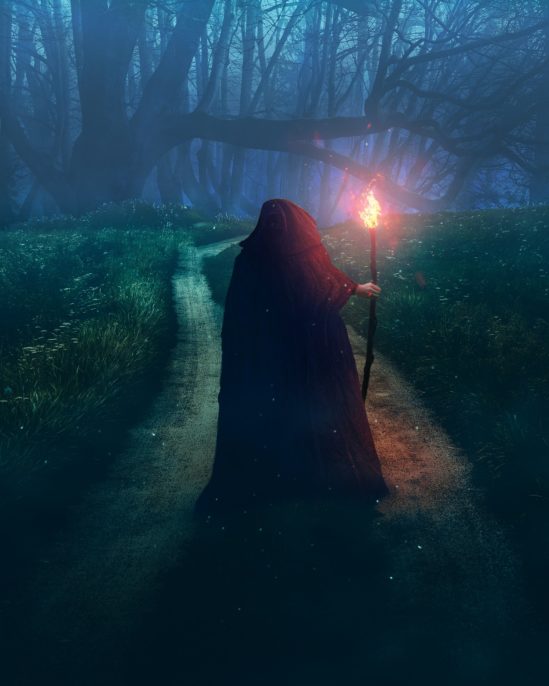 Image by Danieloov from Pixabay

Anyway – back to what I was saying. This story covers those in-between years before the reunion at Otik’s. Here, Raistlin and Caramon are journeying together, looking for work, when they come across a strange little town willing to pay a very hefty fine to have their missing cats located. Seems easy enough, but when the mission is thwarted before it even begins (read: assassins attack the brothers) Raistlin can’t let go of a good mystery. Plus… a little something in his dreams and a connection to a holiday of dark magic lead him to believe that there is more to this particular town and the disappearance of its feline denizens than meets the human eye (the golden hourglass eye, on the other hand, may have an inkling of what is really going on). Along the way, Raistlin, Caramon, and a hang-on Kender sidekick named Earwig run into a centuries’ old scheme leading back to the dark goddess herself. Only time and an unlikely alley can help them keep Takhisis at bay.

As you might note from the summary, The Brothers Majere has a major problem: Raistlin and Caramon are aware of Takhisis’ desire and work to force her way back into their plane of reality, which is a major plot point in the Chronicles series. And during this famous series, Raistlin and Caramon are not in the know and remain just as surprised as everyone else by Takhisis return to this earth and the presence of her minions. So…. Ooooops.

For all that though, the story which started slow (and kind of silly) grew on me. The city’s feline populace is actually its ancient defenders and their disappearance hints at the type of evil that has entered. As Raistlin searches for the cats, he encounters everything from a powerful demi-god shapeshifter to an evil lich lord, all while the author further explores the brother’s troublesome relationship and the underpinnings of jealousy that will someday lead to the ultimate and final betrayal. It’s a fun story, surprisingly gruesome in parts with an interesting mystery that has an almost Egyptian theme. The hints it has about the brother’s future in the all out war with Takhisis don’t fit the legacy that is inherited, but for readers willing to turn a blind eye, it’s a pretty good and fun romp with some of our favorite characters. It’s not the best or most shining Dragonlance story, but it still has its moments, and even the Kender (side characters who usually annoy me) was amusing at the right time and mischievous at the right time, propelling a slow-starting story into something more powerful and more enjoyable. Recommended for Raistlin fans (and those who like to see portions of the domain’s other dark wizard, Dalamar).