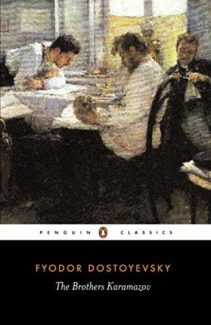 The classics kick continues with full immersion into the heady and essentially depressing existentialism of classic Russian novels. I chose one of the smaller Russian novels, The Brothers Karamazov (a mere 700 odd pages as opposed to Dostoevsky’s other famous opus, the 1,700 page plus Crime and Punishment). The Brothers Karamazov, Dostoevsky’s final novel, written as he himself came face to face with mortality and death, is the story of three brothers who are left to deal with the aftermath of their depraved father’s life and violent death as a murder investigation slowly implicates their complicit involvement. It’s a slow story and less about who the actual murderer is and more about the conceptions of morality vs necessity, forgiveness vs anger, God vs atheism, free will vs heredity, and the transition of mother Russia, both socially and politically. In this aspect, each page, each sentence, is weighted with intrinsic meaning that is never explained itself but intended for extrapolation from the beleaguered reader. And so while the murder story is the bombshell, the details are in the smoking remains and our understanding as the author leads us away from the temptation of a who-dunnit into more spiritual, vague realms.

The Brothers Karamazov is an odd book. It’s both incredibly satisfying and a huge disappointment. Its meandering nature, contingent upon the reader’s mood, is both fun and intensely irritating. The words are lush, but not in the usual Charles Dickens sense of the word – our expectation for all these glitzy old classics. The writing might plop some big words here and there and indulge in some long sentences, yet it’s mostly plain, almost brutally so. It’s more the intentions behind the words and the long scenes that hold the deeper meaning, which, frankly is a struggle for many of us to grasp. What Dostoevsky is saying at any one time is a hard guess. The fact that great minds such as Einstein called this a favorite book, an epic of literature and meaning, give you an idea about just how difficult the real subject matter is and how inaccessible to your average everyman, yours truly included.

Did I enjoy the book: yes. Did I really, truly ‘get’ it: a resounding no. For example, in between all the debate about religion, mainly between the son Alyosha (who chooses a life in a monastery and is one of the only truly good, albeit intensely naïve characters) and Ivan (the smooth talking, smart city slicker brother who may or may not be our murderer) I never could truly extrapolate which – if either side – Dostoevsky was backing and his basic end point. The topic of religion, God’s existence and his basic ask of us, is a continual in the book, but the true meaning of the ending and its relation to Mother Russia’s intrinsic old school belief in God and new school backing of atheism is never laid to rest. What’s the take away? 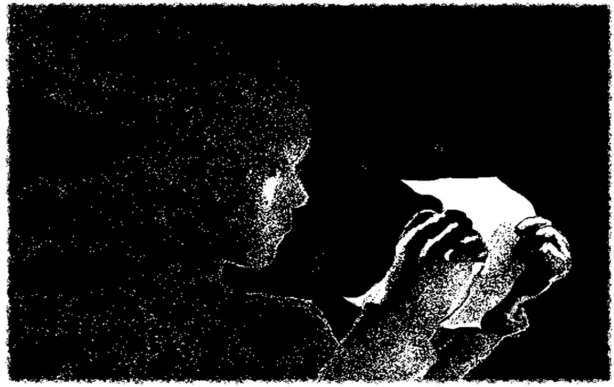 In this manner then, Brothers Karamazov explores the other big topics: how much of us is real and how much created from our culture, our family, our circumstances. How strong is our faith in anything real and how strong are our morals when confronted with the evil of the world and ourselves? Where does the boundary between good and good intentions lie and what does the final patricide say about justice or its lack? There’s a feeling all throughout that Dostoevsky gives us the answers, has them or believes he does, yet we the readers, for the most part, are just close enough to the final verdict to be ultimately confused. It’s one of those books that you feel is just too smart for you, too subtle and clever by far. Add in the complexity of Russian diction and the fact that everyone has at least three names, which we are expected to understand and extrapolate, and you have even more confusion.

As for the drama of the murder and the verging from philosophy into the odd bought of extremely refreshing dramatic hysteria, Dostoevsky remains true. There are no answers here. We have three main suspects, any one of whom would fit the model of parricide easily. Yet there is no answer. Instead, in the very end, we veer into a final, long running side story that is seemingly unconnected. Who killed the Father? Does the one accused by the courts and soon to be shipped away to a working camp make his dramatic escape? Does the one crazed by guilt go further into his mental quagmire? And what of the suicide? How does that tie into this bundle of complicated threads, side stories, and depraved intrigues? We end with a heady dose of depression and no answers to any of the big questions the novel raised. Einstein and Freud both read, understood, and acclaimed this work, but for the average readers, herein lies no answers, only a perplex volleying of questions mired in old history. Not to say Brothers Karamazov isn’t a good book, isn’t still enjoyable and redolent of quality. It’s just not complete.