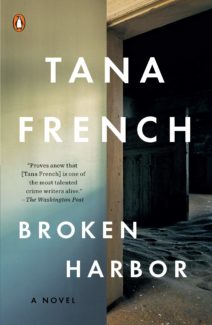 The Brokenness of Family

In the night, in a ghost town beleaguered by broken dreams and the poverty of recession, a fomented secret comes to a head. There is blood and forgiveness, paranoia and release, and ultimately love transformed into desperation, tinged with the failings of lost money and unrealized promises. Enter Detective Michael Kennedy, alias Scorcher, and his newbie assistant, Richie, as they travel to a forgotten place and try to look beneath the surface of chaos to find the killer and lay the dead to rest. Only, it appears that in this family murder – mother, father, and two young children – one witness straddles the brink of life and death. Jenny Spain, formerly beautiful and successful, the kind of woman you envy when you see her seemingly pristine life, is now a widow, is no longer a mother. What doctors pull back from the brink, though, may be able to answer a host of questions. In the meantime, Scorcher and his rookie charge must uncover the progression of madness to name a killer and close a seemingly open and shut case. But deconstruction is never easy, and there are other secrets in this ghost town that tie into Scorcher’s traumatic past. 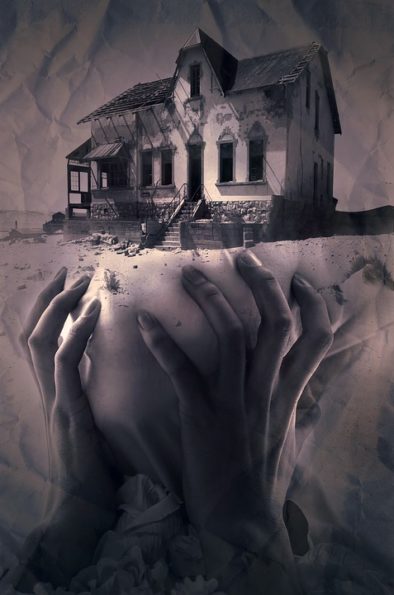 Starting strong, Broken Harbor is the grisliest of French’s mystery/thriller series thus far. Her subject matter is always dark, but here it is especially morbid. We see a hopeful home, cheery with that sense only a talented decorator can bring, filled with light and the still audible echoes of normal life, now battered and filled with blood, the kitchen stuffed with the violence of a last fight and a dead man in the corner, his children suffocated in their beds upstairs. Here French looks at the happiness of ordinary life from the worst-case scenario we can imagine. This time violence isn’t individual but directed against a family, and we’re torn between the horror of the scene left behind, bathed in the cheerful sunshine of what should be a new day, and the awareness that the sole survivor will awaken into what we all secretly fear most – a loss of everyone and everything we love overnight. French goes there, and her creeping descriptions and the discrepancy between home and horror etch this novel in a darkness that is insidious and terrifying. The story, though, is far from done prodding the darkness we hide in our subconscious and behind our outward acts.

As the story slowly unravels, Scorcher oscillates between his own memories of destroyed family, taking care of his schizophrenic sister Dina, and trying not to remember what place Broken Harbor, now renamed Brianstown, has in his past. You see, its’ not just the place of his current investigation, but the location where his own personal life was murdered back when he was a teen. Madness holds sway here and, like the swell of an ocean drawn by the moon, pervades everything in the story as it draws together and pulls towards some inevitable conclusion.

The known rule follower, the man with the illustrious career bar one failed case he is now overcoming, Scorcher is thinking about things differently as his new assistant buds into a friend and starts to question Scorcher’s own black and white presumptions of the world that allow him to attend the horrible autopsies of the Spain’s adorable children. With this sort of sidekick in tow to even further destabilize everything Scorcher has built his life on, everything that has allowed him to keep his own sanity. Revelations about the Spains secret lives start to come into play – from the glistening bear trap in the attack, to the punched out holes in the walls of an otherwise pristine house, to the dead-eye stare of all the baby monitors set-up, looking for some phantom that only an Internet forum and the dedication of Richie unearth.

In the end, the Spain’s secret lives are as flayed open as Scorcher’s and French forces us to confront our own simple understanding of the world – good, evil, punishment, and consequences. When a lurker is found who watched the Spain’s everyday lives from seclusion and the dark of night, the toils of loneliness and keeping up appearances merge into our denied desires. French talks very much about the effects of a recession on Ireland. Those hopeful condo arrangements and manufactured neighborhoods rising only to die, half-finished, half-vacant and the families inside, stuck somewhere between hope and poverty, forever in a Twilight-zone surrounding with inescapable regrets colliding all around the hollowed out shells of houses that will never be finished. The pervading sense then, the indomitable evil, becomes not the aftermath of murder but the slow death of society, one family at a time. It’s never preachy though, only relentlessly sad and expertly tied into Scorcher’s own past and the selfish act of a moment that has plagued his lifetime as an adult. Recall the fact that we are all, really, just one small push away from madness, one broken dream away from lashing out. 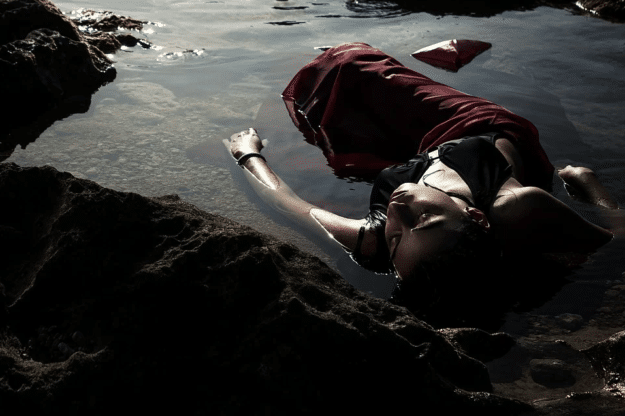 In the end, Broken Harbor is my favorite of French’s Dublin Murder squad series so far, namely for the feelings it evokes and the way it effectively transforms the bright sunshine into a grave grey. It’s not a book you can read during times of despair, or any sort of personal mental weakness, because madness and hopelessness drench every page, as heavy scented as the copper blood that forever invades the fictional kitchen of the deceased Spains.

The only element that isn’t praiseworthy, from the side of art anyway (as you can never really laude depression) is the conclusion. The complicated threads of French’s point, the way she must divorce Scorcher from his unwavering way of looking at the world, is forced into an investigative move that is, at best, weak and at worst, mere plot device. The solve is too easy, the set-up so full of holes that readers, who have been following French’s detailed investigation and nose for details, are off-put by the blatant deus ex machina that no court, no policemen, would ever believe for even a moment. Saying more would necessitate spoilers, and I see no need for them when, despite the bad ending the book still remains brilliant. Just a warning to readers, who will of course become absolutely invested, that the bright light at the end of this tunnel is a sham and the ending we deserve, that Scorcher deserves, the ending that results from all those carefully gathered details, is a fake.