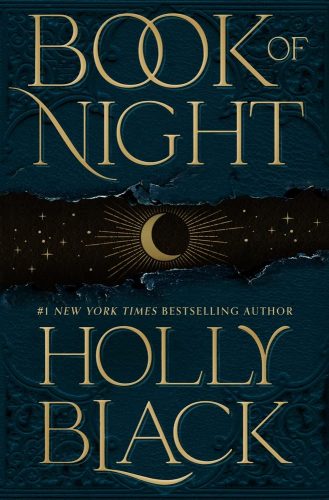 For Shadows and Cons and Love

In Charlie Hall’s world magic is real, but so is the oppression of power and wealth. People can pay to have their shadows altered, to give these dark mirror images wings or horns, to bring them into their own form of quickened life and power. This gives the shadow wearer abilities and prestige. But for the lowly, the everyman and everywoman, this means that your shadow can be stolen at any time, cut away while you sleep, torn away as you are held down screaming. Without a shadow they say that your soul goes missing too. Of course, some people are so desperate that they are forced to sell their own shadows, to sacrifice a very real, very misunderstood part of themselves. For Charlie, this is just the way things are, the way they have always been.

Even as a little girl, desperate for her mother’s love, Charlie has been forced into the role of someone else just to survive. As she has grown, so has her con. And so, Charlie walks through this shadow world, not quite a force for evil, but certainly no longer on the side of good. But now everything has changed, and she is trying to tread the straight and narrow, to avoid a life of crime and stick with her bartender job and her reliable, although shadowless, boyfriend, Vince. But, despite her best intentions, the world of crime and excitement calls. When Charlie stumbles onto a murder victim at the feet of a man with shadows for hands, circumstance and survival pulls her back into a world she vowed to never walk again. 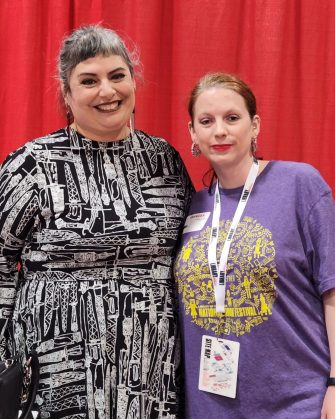 Yours truly with author Holly Black at the 2022 National Book Festival in Washington DC.

Book of Night is famed author Holly Black’s first adult novel, and it’s a bombshell of story. I first encountered Black as a teenager when I read Tithe. I remember being mesmerized by the true-to-lore fairy courts where the wee folk are eviler and crueler than they are fairytale sweet. I remember the mixture of these ancient worlds with the everyday of teenage eyeshadow, sleepless after-party nights, and the gritty realism of urban life with its cracked sidewalks and scrawled graffiti. It’s been many years since I read that book, but the memories flooded back when I volunteered as an author escort for the National Book Festival, and Holly Black was my assigned author for the event. Enter my purchase and rapid love-affair with Book of Night.

Like Tithe, this world has an urbane, distinctly realistic quality to it. The small details bring it alive: the sticky bar floor, the pans of burned cookies in Charlie’s home, the be-robed and un-showered sister shuffling her Tarots and hunting through suspect YouTube channels, the spillage and wreckage of messy everyday life with its hurry and hurt. All of this helps to set the shadow magic in a world we can’t help but believe and touch.

Of course, there is something lonelier here than the sum of imperfect lives. Its greed, the leftovers of broken families, shattered dreams, a sister who gets everything she wants and another who is forever left behind, a person living behind lies, half-forgotten murders and sacrifices, and above all, power. There is complexity and desire and danger, and all around it, this dance of something even more complicated, weaving these tendrils of life together, captivating readers and making us not only believe, but have a weird love for this sad, sultry world of broken souls. 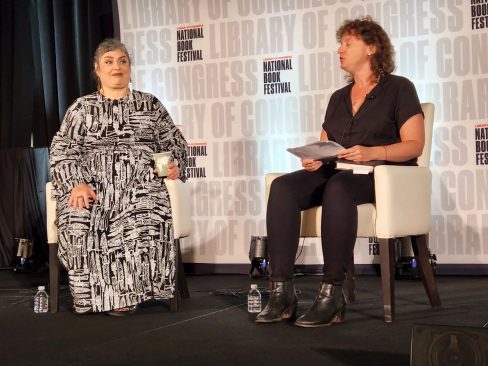 Picture I took during Holly Black’s presentation at the 2020 National Book Festival.

We alternate in time between present-day Charlie trying to go straight and teenage Charlie, being introduced and in some cases forced into a life of crime. The two timelines play nicely, endearing us to Charlie and giving those authentic details that makes us wanna-be safe crackers and pick pockets.

And then, of course, there is the play of shadows. A group of dangerous criminals is now looking for Charlie, certain she saw something that she shouldn’t have (she totally did), and soon we get into a tale that is part betrayal, part deceit, and part romance. It’s a perfect blend, and as the mystery intensifies and the stakes raise, Black lays enough clues for her audience to follow, yet we don’t. We’re as blindsided and shocked as Charlie. When the ultimate revelation – the menace behind the shadow, the true murderer, the baddest of the bad guys emerges – there is more to the showdown than survival. There is choice. Love. Agony. Destruction. Revenge. All the really, really good stuff. And unlike Black’s YA, Charlie is older and is forced to confront a longer history, a more painful backwash of interactions and knowledge.

The last page had me screaming for more. It’s an ending that leaves you breathless and heartbroken by Charlie’s journey and its ultimate results. Fortunately, this is a duology, as Black revealed in her session at the National Book Festival, and I am anxiously waiting for that preorder! Book of Night is addicting, sinister, and yet oddly beautiful in the twisting way of the darkest magic.