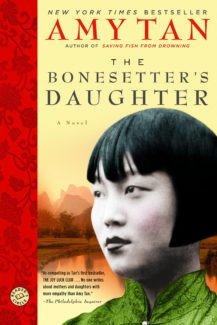 Amy Tan focuses on mother daughter relationships, the strife and the underpinnings of love, the history that both binds and oddly separates. The Bonesetter’s Daughter is no different. Ruth Young is more interested in her harried and ironic career in ghost writing and her long term, going-nowhere soon, live-in boyfriend than in the petty squabbling and controlling nature of her arguably unstable mother, LuLing. Ruth is modern, yet LuLing is very much stuck in her traditional Chinese past with her belief in vengeful ghosts, ancestral guilt, and folk remedies. She doesn’t know English well, and that’s not the only reason that separates her from communicating with her daughter. There is a fateful disconnect as Ruth struggles to survive and cut herself loose from a past filled with forced devotion and eerie superstition. Ruth thinks she knows her mother, but she doesn’t really understand how this suddenly frail women became who she is until a fateful diagnosis that causes her to rethink everything from her dead-end relationship to her desired separation from her only living parent. 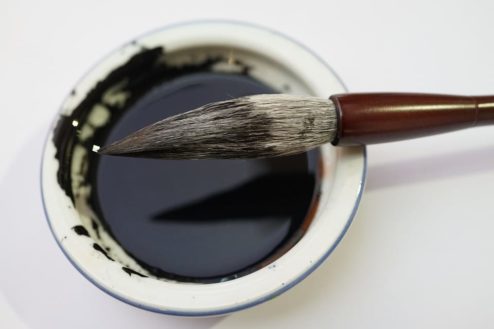 And so begins a two part story that is only lightly connected. The first half concentrates on Ruth and her thoughts on communication, specifically on being heard. Ruth is used to a certain enforced silence, the lying of timidity and the acceptance of less than loving treatment. Ruth’s is a modern qualm, one that in some ways is hard to take seriously, at least in a Tan narrative. Approaching forty, it’s hard to believe that Ruth has not thought through these issues before, especially her long-term stalemate with her boyfriend and her antagonist relationship with her mother. It’s also bland, especially in light of LuLing’s story in part two, which overshadows these more mundane, daily concerns with the traditional Tan epic of love, loss, betrayal, and the nature of time. In the end, Ruth is hard to connect with, her story semi-dull, her concerns low impact, as is her personality. She’s too timid to demand investment from the readers and, like her almost-husband-boyfriend, we too ignore her voice and take her presence for granted, a slightly irritating yet not all that demanding voice that whispers occasionally in the background and means little to nothing.

LuLing, on the other hand, is no such wallflower – at least not her vibrant past self. Through the current mother-daughter connection issue, a life’s story written in flowing Chinese calligraphy is found and painstakingly translated, and this is where the story truly gains its (admittedly tenuous) place in the Tan pantheon. This is also where the second portion of the book begins and with it the gripping nature of a story that was previously forgettable and, frankly, slow. 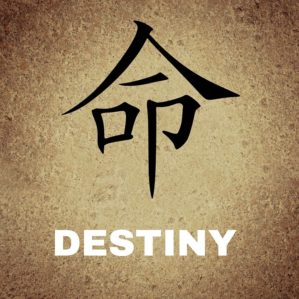 LuLing’s past is populated with both beauty and ugliness, riches and war, family and an orphanage, plus a few ghosts and a truly haunting loss. LuLing is both strong and selfish, battered and guilt ridden, ashamed and proud, and it’s this dichotomy that creates an active heroine we sometimes love, sometimes hate, sometimes feel sorry for, and sometimes fear. The emotional rollercoaster is combined with the unique Tan flavor, ancient Chinese lore and small village life alongside a gradual awakening that challenges, yet never quite overcomes, the past.

But then – abruptly – LuLing’s story ends and we are back in the present, completely jolted. Now we must reconcile this past LuLing with the fidgety, superstitious woman in the present day tale, one who tormented her daughter with threats of suicide growing up, who proves too irascible to be introduced at family brunches; how can this be the same woman? The young girl we just read about, her own words and what she choose to remember and what time tries to make her forget is not, could never become, this woman. And so the disconnect widens. How did LuLing become this way? Why is Ruth suddenly sated, happy with her mother and now able to rule her own life, based on this snippet of an incomplete story? How can she not question what her mother turned into and why? How can all of this tie-up nicely with a little tinge of Alzheimer’s related romance and a happily ever after personal reconciliation when nothing has changed and nothing truly fits; the story isn’t complete, after all. If anything, it has stopped part way through or perhaps after all the excitement the point is that life, at least this life, is a non-story after all.

Readers are left wanting more. More tie-ins, more answers, more reasons to believe in and care for these characters. In the end, the middle portion of the novel, with LuLing’s history, is vastly entertaining yet the rest is unessential fluff. LuLing’s story, after all, has no end, or at least not a satisfying one. Tan still remains one of the greats, but The Bonesetter’s Daughter is certainly not her most engrossing or memorable work. It’s worth reading for LuLing’s backstory, which has that Tan glamour, but it is bookended by outline-like non sequiturs, a forced daughter story and ending that doesn’t truly connect or leave us thoughtful like most of Tan’s works.