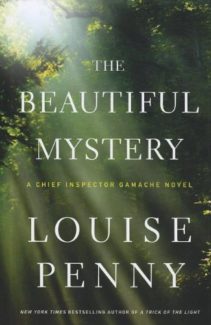 Transiting away from Three Pines, Chief Inspector Gamache and his second in command, Jean-Guy Beauvoir, journey away from the comforts of Three Pines to the isolated, formerly unknown monastery of Saint-Gilbert-Entre-les-Loups. The monks who live here are legitimately the last of their kind. Belonging to an order that hid from the Inquisition, and was thought to be dead, they revealed themselves, rather surprisingly, through the release of one badly produced yet sublime CD of Gregorian chants. With the world’s sudden knowledge of them, and desire to enter those forbidden doors that have never opened for anyone but a monk, something else, a far darker knowledge, has come alive. In among these peaceful men who devote their lives to worship, to brotherly love, to foraging the wilds of the Quebec wilderness for berries, has come betrayal and murder. Evil now lurks in a place of quiet and light, and with it comes an invitation to the Sûreté du Québec.

The Beautiful Mystery is a strange interlude in an escalating time of tension for the officers. Gamache is still very much a target, post-Arnot case, and his superiors have continued to thrive, using the incident in the factory that has left Gamache fractured and Beauvoir deeply disturbed. The comforts and sorrows of Three Pines are far away. Family is far away. For Beauvoir, new love, just blossoming, is far away, and with the distance comes doubt. Indeed, in a place of deep faith all Beauvoir can find is doubt, not just in God, but in his hero, Gamache, and in his own recovery.

Meanwhile, the air fills with chants, the brothers move about their business, and evil hides behind the face of the sublime. As Gamache and Beauvoir investigate, two newcomers to the monastery add a sense of desperate vengeance into a place where the very foundations have already begun to crumble. 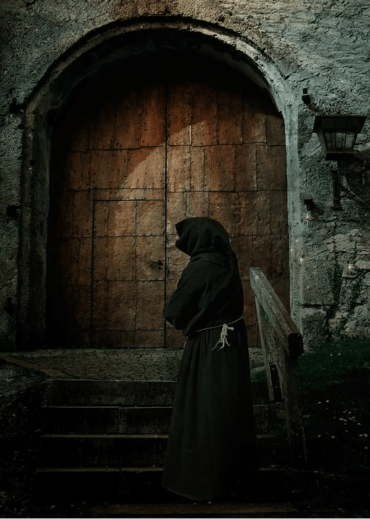 Building on previous books, especially the events that were related in Bury Your Dead, Penny moves to isolate our two main protagonists for the long-foreshadowed show-down. But it’s slow to arrive. Gamache, the poetry and classical lover, finds himself at home and sees the beauty in this place, its routines, and the glory of the chants. For him, there is almost a sense of rest and shelter, at least for a little while. Beauvoir, however, finds the atmosphere cloying, the cloister a set of delusional shut-ins with terrible music and an endless peace that, since he cannot have, he deeply resents. From the beginning, this place of quiet reflection puts a barely recovered Beauvoir in a defensive, dangerously unstable position.

Admittedly, the monks are hard to distinguish from one another, a struggle that persists despite the book’s sense of detail and elegant atmosphere. Readers watch Gamache and Beauvoir, following them as they slowly suss out clues, becoming invested and even more than a little in-love with the glory of the monastery. Yet, the suspects flit on the edge of memory, and despite trying, keeping motives separate is impossible. Like their all-alike habits and their silence, they blend into a herd that hides the lone wolf in the flock.

As the story continues, the Arnot-case, seemingly sidelined, comes back with a vengeance and with Gamache’s superior, Francoeur, whose daring arrival shatters the odd tranquility of the going-nowhere investigation. This acts as a wrench in the works, and the drama begins, but it’s separate from the case. The motives and strategies of Francoeur lack logic, although they do have plenty of drama and serve as an instigator for Beauvoir’s own crises of faith. It doesn’t quite work, though, and the continual arguments over the very altar between the bickering and swearing agents of a faraway world take away from the usual respect that exudes from Gamache and his investigations. The final visitor, and pot-stirrer, is equally unbelievable, and he too works into the plot in ways that are far too convenient as the monk mystery, forgotten for so long, is messily finished before the novel shifts back to the series’ concentration: Arnot fallout. 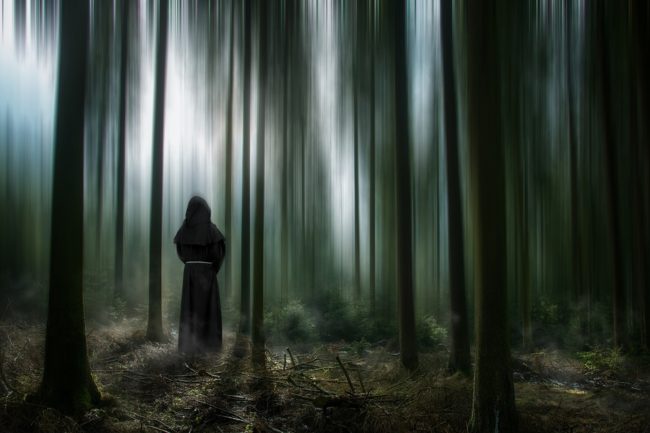 And here is where I must complain about Beauvoir. He is a character I have long disliked. His quick-tempered nature, his flagrant hatefulness to so many persons and things, have never meshed well with Gamache himself. Yes, Gamache likes saving the lost lambs and has a mismatched cast of investigators around him thanks to his charity, but still Beauvoir does not fit or really add anything into the investigations. In The Beautiful Mystery, Beauvoir is just plain annoying and selfish to a new level. Being in a monastery is the perfect time for Beauvoir to get his hate on for anyone with religion, leading to a lot of non-sequitur arguments that take us away from the mystery and return us to Beauvoir doing what he does best: complaining without ever progressing. While he goes about antagonizing all the potential suspects, he also perpetrates many actions against Gamache that leave devoted readers angry.

Then . . . the ending. Like some of the other elements in an otherwise beautiful story, the drama is taken too far, the actions uncharacteristic even for a character I have personally come to hate (yes, Beauvoir). It’s all meant to take us to a plot point that, once there, we see as inevitable. Yet the manner lacks Penny’s usual insight into psychology and subtlety.

Those complaints being levied, I still love this book, mostly for its setting. I adore the way the monastery and the Gregorian chants were portrayed through Gamache’s soulful and sensitive eyes. When the moments of profanity in the sacristy (thanks Beauvoir) are over, we slip back into something simpler and more peaceful. The descriptions of the light dappling through the windows, the loving details about the gardens and even the chickens, this all captures that cozy sense that we have come to love. Ditto the descriptions of the blueberry chocolates, which I now want quite fiercely. There are flaws here, yet The Beautiful Mystery still captures so many elements of the sublime and our beloved Gamache, despite moments of temptation, passes the test and leaves us, as ever, loyal and ready to follow him further down the path of sacrifice that came because he called out evil.