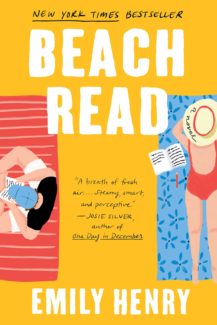 A Traditional Rom-Com with Purse Wine and Frenemies

January Andrews has made it through life on the wings of happy endings; she has always believed in them, and through her growing up years, as her mother fought cancer, her parent’s love made even the hard times somehow happy. But when January finds out the sudden truth about her parent’s life at her father’s funeral, her belief in happily-ever-after evaporates. She’ll never believe in love again, which is a problem because her publisher is expecting another of her hot-off-the-presses romance novels. The deadline is terrifyingly near and with this commitment weighing her down, she needs to put her dad’s effects away (at his surprise beach house, no less), lay the past to some semblance of rest, and write another beautiful ending for her fans.

Meanwhile, her college frenemy, Augustus Everett, is in town. While January always wrote sensitive romances, Augustus killed his characters off with glee. He’s also on the bestseller list, but he wouldn’t know a happy ending if it hit him on the head – and his fans would probably hate for his cast of characters to survive. The problem is, for his own personal reasons, he’s not getting in his writing grove either.

With no one but each other, Augustus and January team up to challenge one another: she’ll write some sobering fiction, and he’ll pen a sensitive romance. The publishers may be less than pleased, but at least something will make it to the presses, and along the way these two enemies might find themselves with entirely different emotions. 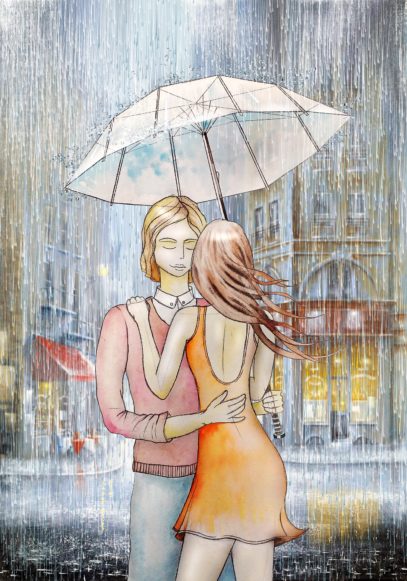 Image by press 👍 and ⭐ from Pixabay

Romance isn’t my usual genre of choice, but I’m always willing to go out a limb when Book of the Month recommends a new read. That’s part of the reason I joined: to discover new genres and learn to like stories outside of my usual range. What really intrigued me about Beach Read was the dual concentration on humor and writing. As a sort of writer (reviewing and scratching out the occasional chapter on my novel counts, right?) I love to see the inner workings of an artist who can actually get the book finished. Plus, most of BoTM’s “beach reads” are really cute, and I can’t always read serious, world shattering stuff.

Beach Read does satisfy with the humor, being tongue and cheek at times but never taking it too far. January is sassy and insecure, which yeah, is a total stereotype, but she works. We feel her emotions and the inescapable gloom she falls into, but also the hopes, the exasperation, the awkward social tumbles, and the inevitable longing for that bad-boy writer next door. We see January at a new low – having phone snarky conversations with her friends and sneaking some purse wine into a book club, but despite her new disbelief in the goodness of life, there is still a spark to her soul that is catching.

Where the story is less strong is the writing angle. The two protagonists do most of their creative stuff off screen, as it were, and while their books are the catalyst for what will obviously become a rocky romance, we know nothing much about Augustus’ romance novel and barely more about the weird mélange January envisions as a serious book (it’s about a traveling circus). We go on the occasional romps with Augustus as he works “in the field” to interview some death cult survivors (it doesn’t really fit with anything else), but otherwise that magical writing time happens in a bubble, with only the occasional adorable banter between Augustus and January as they share jokes by holding up cards.

What I don’t usually fancy about the romance genre is here in spades: the tragedy, the I-hate-you-but-gosh-I-love-you pull, the awkward fumblings, the man’s sudden jerk move (needed to insert complications), and the consequential misunderstandings. Yet . . . it kind of works. I enjoyed reading it the entire time, even as I was mentally ticking off the Hallmarky expectations. Emily Henry just makes us care, makes us want to go along for the ride, and enjoy a story that’s been told before, but is somehow refreshing this time. That’s not to say it’s perfect: it isn’t, and the book isn’t above throwing the usual wrench into the romance as the guy does the usual “I forgot how to communicate” turnaround post-coitus to near relationship ruining proportions. Still, the writing kind of had me. 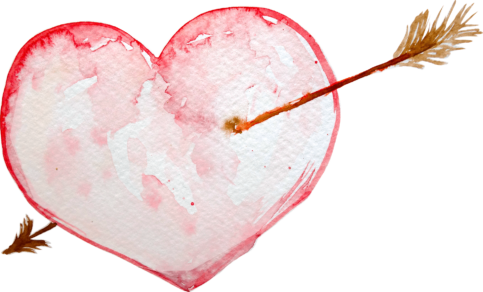 Image by serenity_seeker from Pixabay

What’s especially odd is that while Beach Read follows the expectations for a rom-com, the ending is a little less perfect than could be expected. You could say it was more down to earth, more in keeping with January’s realizations about happy endings, but it was jarring and too temporary. If you’re going to go the traditional, sweet-love-story-with-drama route, then the ending should go ahead and fulfill all the reader’s expectations and dreams. Let our characters be happily-ever-after, instead of just “ok for now.”

Overall, Beach Read was fun. Romance fans will ADORE this work, and those of us on the naysaying side of the fence will enjoy the break from novels full of doom and gloom to have a little fun. Recommended.