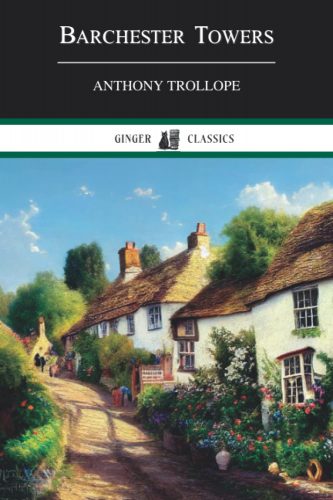 In Trollope’s second installment in The Chronicles of Barsetshire, the little town of Barsetshire is alive with drawing room intrigue, this time set along the lines of respectable holy war. The long-lived Bishop of Barchester has recently vacated his post and this life, resulting in a scramble for primacy among the backstabbing candidates. This results in a brand-new bishop, the lamentable (and viciously hen-pecked) Dr. Proudie, who is disgustingly low church and comes with his sidekick and supporter, the Reverend Slope. As Slope fights Mrs. Proudie for the right to rule the bishop, his low church sermons and snide comments about the current ecclesiastical state of Barsetshire lead to even greater hatred between the incumbents (including Archdeacon Grantly) and his few supporters. The war comes right back to where we started in book one – the wardenship of Hiram’s Hospital. With a second chance at his home, the lovable Mr. Harding is brought into the political intrigue and backbiting.

Meanwhile, Mr. Harding’s recently widowed (and now wealthy) daughter, Eleanor, is engaging in her own warfare. Unwittingly tossed about between three suitors, two of whom do not have good intentions, Eleanor becomes a pawn in the ongoing war and is forced to defend her honor against her proud brother-in-law.

Barchester Towers is a large book and, like The Warden, mostly a sleeper of a story, more concerned with looking at characters and also characteristics of society than exciting with a twisty plot. Here, the drama is all very Victorian era, focused on the ridiculous nature of privilege and position, both of which are scathed by Trollope’s rather clever tongue. Here, the well-meaning, albeit preposterous clerics become something else and their religious fervor, be it high or low church, is a mere statement of social and party pressure instead of true belief. Granted, there are a few (our Mr. Harding and one special suitor) who escape the blanket sarcasm, but most of Trollope’s characters fall prey to their own ridiculous 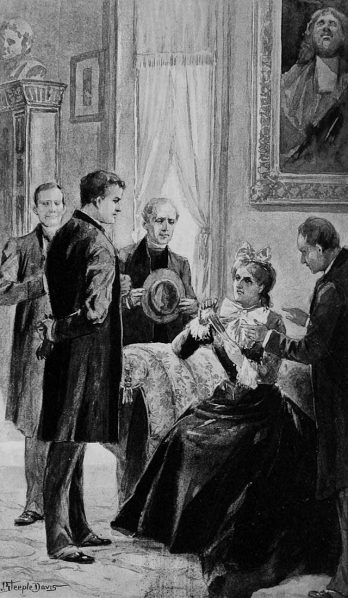 Mrs. Proudie and the Archdeacon

motives and desires, and they are all cleverly and subtly scathed with the judgement of a rather jocular author who likes making fun of the society he navigates.

The best part of the story follows Eleanor and her two unsuitable suitors. Eleanor here reverts from her more worldly-wise position as the former lover of John Bold (who is neatly disposed of within seconds of the book’s beginning, as though he were not the catalyst for the series’ start). She is laughably naive and does not perceive the schemes that involve seeking her hand not for love, but for money.

The novel continues, juxtaposing between the intrigues of the clerics who seek position and the hearts and minds of Barchester and Eleanor, introducing us to some fun if insidious characters along the way, especially Senora Neroni, the villainess with a flair for making people uncomfortable and catching the eyes of every male in the room. Finally, we get some tears, some angst, some conniving, a predictable stand-off with Mr. Harding, and a satisfying conclusion.

None of what happens is exciting, per say, and Barchester Towers, despite its plots within plots for the esteemed Bishop’s seat and the Warden of Hiriam’s Hospital, isn’t quite as powerful as The Warden, which was small-scale but impactful. Not to say that Barchester Towers isn’t good, but it is an acquired, old-world taste for sure, looking for readers who like the subtle jabs and social insinuations in the seating arrangements of a party or the scandal of arriving in the carriage with the wrong person. I continue to enjoy Trollope’s flashes of insight and sarcasm, his careful creation of very realistic worlds populated with problematic characters who are neither all bad nor all good. Onward to the next book in the series!