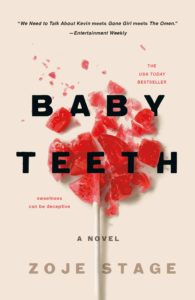 What If Your Child Is Planning to Kill You?

When her daddy is home, Hannah is a very good little girl. Never mind that she never makes a noise, never talks even at seven years old. She is her father’s squirrelly girl, his lilla gumman (a Swedish pet name) that binds father and daughter together into a solid, happy unit. Two against the world. Hannah’s father always believes her, always chooses her. And that could be a big problem.

But, when Daddy isn’t home, when Hannah’s chronically ill mother is the only one in the house, Hannah is a very different little girl. A violent one. A creative one. A one with a plan and with a horrifying voice.

Vying between two perspectives, Baby Teeth alternates between the impotent rage and hysteria of a distraught mother (Suzette) and the clinical coldness, bad-seed style, of a mentally unstable little girl. Suzette starts the narrative and over time slowly reveals her own back story through flash backs and endless doubts. She grew up, the victim of an emotionally distant, incapable mother while struggling through near-debilitating Crohn’s disease and the terror of a body turned against her. Only her husband, Alex, gave her the out she needed to embrace life again, and only he can continue to give her the hope to move forward. The child they’ve created, however, is slowly destroying the only bond she has ever had, and now she has to choose. 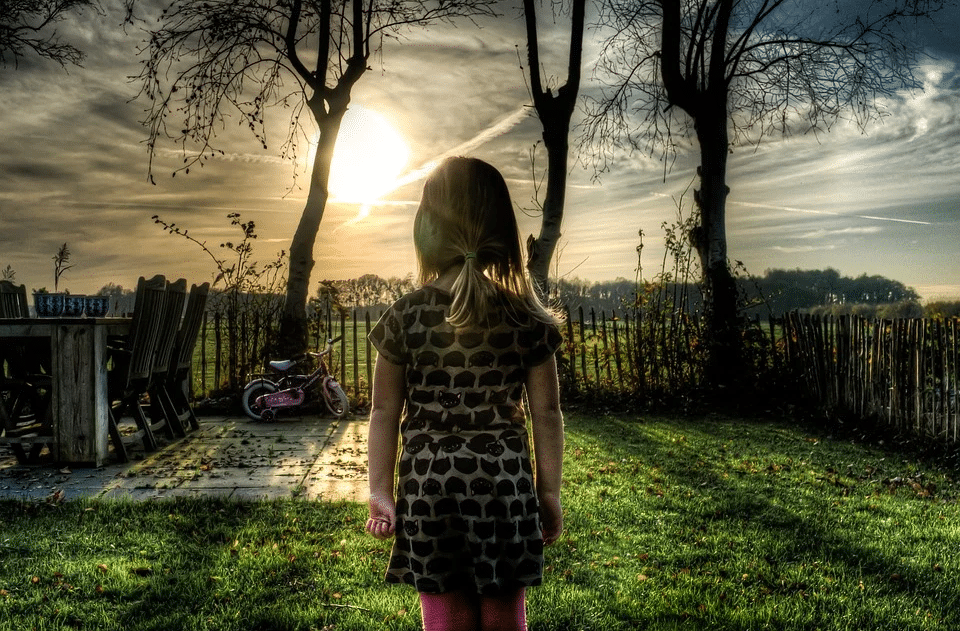 Hannah loves her Daddy. Life is good with him. The only problem is Mommy. Daddy cannot have divided loyalties, and so Mommy must go. Perhaps something in those pills of hers? Perhaps a special art project, a spell, a hammer . . .

Baby Teeth starts with the monstrous and continues with a pall of melodramatic evil. Hannah is far smarter than an ordinary seven year old, despite her love of the Under-Slumber-Bumblebeast her father reads about and her simplistic, straight-forward “mommy must go” B-horror language. Somewhere in this seven year old, a bitter, murderous forty-year old exists, and throughout each Hannah chapter she builds and capitalizes on her plans, grinding the reader into a repetitive evil that is equal parts disturbing and stolen from every kid-gone-evil story that has proceeded it.

Meanwhile, the father figure remains irritatingly obtuse and the couple aids and abets their disturbed child with a total lack of discipline, absurd risk-taking, and denial of the obvious. Suzette is not painted as a fully sympathetic heroine either, which is a mostly annoying choice. She faults herself as a mother for hating Hannah – as though you can love a child who pretends to be a possessed witch and who doctors your pills in order to slowly kill you. Suzette blames herself and somewhere along the way we are encouraged to blame her as well, one brutal incident from the past thrown in for good measure. See, the narrative says, there was cause. But, really, was there or is this more aiding and abetting of Hannah for the sake of the all important plot?

And so we go. Suzette questioning everything, Hannah escalating her schemes and thwarting all the adults around her, even the schools designed to deal with, ahem “special” children. The narrative gets repetitive, trying to build on its own shock-value. Look how evil Hannah is, look at her macabre plans, look how scary it is to see a killer child. There is nothing new here or clever, although there is plenty that is repulsive and pointless. 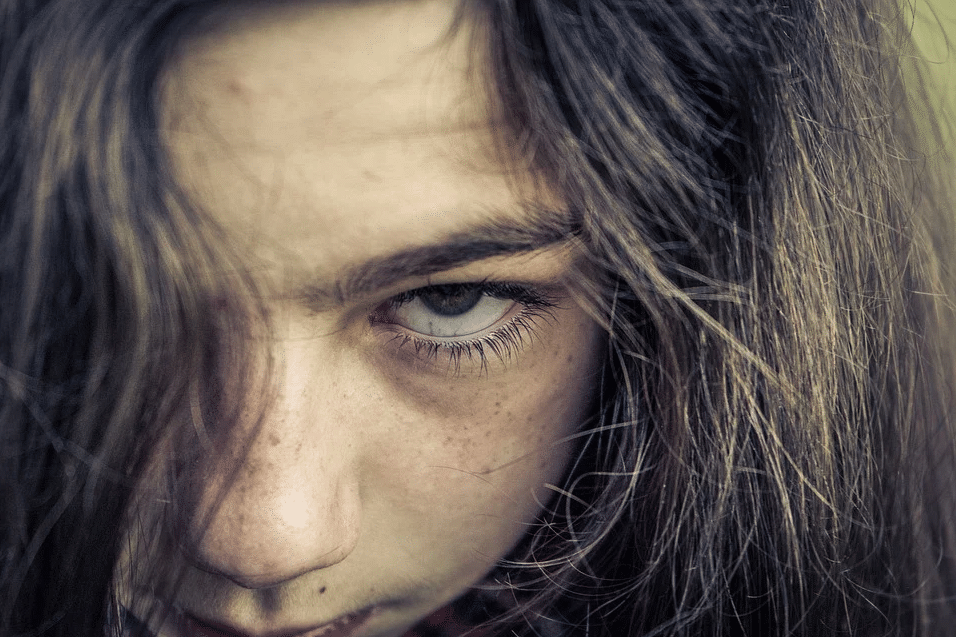 In the end, Baby Teeth doesn’t go anywhere, despite all this posturing and its attempt to shock us. Just as we start to get answers, just as we finally move out of the wash-rinse-repeat cycle of Hannah’s escalating schemes and get somewhere it stops. In another context this could have worked. If the couple was less spineless – the father more aware, the mother less prone to over wrought self-blaming. If it was really more about the couple as people. Or, even if the parents were left as they were but gradually came to greater awareness. It was all so truncated and the answers we really wanted – the why behind Hannah (sociopath or psychopath) were never answered.

The story also suffered by letting Hannah narrate. The voice isn’t convincing. The face and body may be that of a young girl, but the mind is one of an adult acting like a ghoul – think a version of the film Orphan that doesn’t have the end twist. If we only saw and heard Hannah from the parents’ perspective, the tension could have built and the paranoia been used to better effect. As it is, we always know what Hannah is planning before it happens, and the parents always react by predictably letting it go until everything gets (suitably dramatically) out of hand. It’s the equivalent of every horror movie where the doomed couple moves into and stays in the spooky, ghost-filled house when everyone tells them not to so we can have escalating near-misses and a suitable tragic ending. What’s worse, while the bad ghost stories can be fun, Baby Teeth isn’t. Despite the sensationalism, the topic is just too awful and the idea too sad. The poignancy and chance for good story telling was just missed, and in the end we are both uncomfortable and bored. The only thing that really saves it is the Audible narration, which kept me invested, if for no other reason than to hear someone tell me a story while gardening. This book may just be an acquired taste, but as an adamant fan of thrillers, mysteries, and horror books, it left me flat on every level.