All the Ugly and Wonderful Things 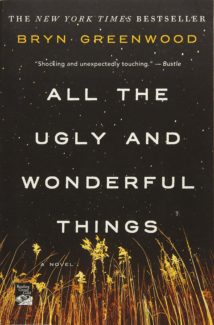 *Review title is a quote from Vladimir Nabokov’s Lolita.

Wavonna “Wavy” Quinn is an ominously quiet child, shuttled between her addicted, mentally unstable mother and her womanizing, meth dealing father. Despite the occasional interference of a middleclass, judgmental aunt, Wavy is mostly on her own and she soon learns that even happy mommy can turn into scary mommy, with her warnings against germs and her bleach. Her father, in a way, is always a safer bet. He’s always cruel, always to be avoided, always consistent in All the Ugly and Wonderful Things.

As the years tick by, Wavy skirts the edges of her abusive family, eating food out of trash cans and stolen from neighbors late at night, hiding behind silence and her affection for her younger brother, Donal, whom she essentially raises. All that will change though when her nighttime trip to watch the stars emerge over a field ends in a motorcycle accident and an unlikely friend. Biker Jesse Joe Kellen is a mediocre thug in Wavy’s father’s meth empire, but the best friend a young child could ever have. Himself the product of a destructive home, Kellan’s ‘’f you’’ tattoos and brusque attitude belie a sympathetic soul. He takes the girl under his tattered wing, but when two broken things merge more heartache is bound to come. 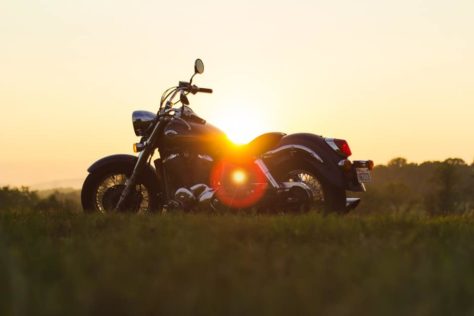 As the duo begins an unlikely, almost father/daughter friendship, their brokenness and ostracism changes with the years. By the time Wavy is 13, she knows she wants to marry the much older Kellen. By the time she is 13, innocence is beginning to transform into desire and the line between friends and lovers blurs with dangerous results.

Bryn Greenwood is not afraid to look at the tawdry side of abandonment, at the messed-up lives that lie forgotten on the sidelines, at the transformation of innocence into something hard, something that will do anything to survive. A brief perusal of other reviews of All the Ugly and Wonderful Things and the Internet’s general hive-mind reveals two types of readers for this work: those who are mesmerized by the beauty of the prose and those who see only the ugliness of the situation. The first school forgives and roots for the relationship, whereas the second group sees nothing but horror painted in a pretty veneer of over-romanced acceptance – two lovers who will not be parted, the world be damned. In all honesty, despite Greenwood’s hopeful ending, the story is a bit of both. As the title says, it’s beautiful and yet wretchedly, unforgivably ugly.

Wavy is a strange protagonist and we only root for her, because unlike those around her, we hear and see what she tries so hard to hide. Wavy is difficult, undeniably so, and only Kellen understands, after all, only he sees her world as it is – the meth, her parents’ brutal arguments, her mother’s mental instability coupled with jealousy. Kellen needs no explanations and offers kindness without pity. We like him too as we shift and see the world from his eyes, the driving compassion that exists for this waif of a child who is discarded.

As All the Ugly and Wonderful Things takes us through the friendship and the aging, we see it gradually happening. Wavy awakens as a woman under the only wing that has ever shielded her, that of Kellen. We see then how it will be for her. She is young and knows no better. It’s when she starts to transition, being oddly persistent and horrifyingly knowledgeable, that our perception shifts. Kellen’s resistance is weak, and now we question the love that went before. It’s bizarre, this transformation from an adult and child friendship to a different relationship, and it makes readers horribly uncomfortable, but more deeply aware of the brokenness of the abused. Both Kellen and Wavy are shattered. Together their broken pieces merge and while it’s never what some reviewers attest – a testament to true love that makes it all ok – we do root for Kellen and Wavy in the end (or, at least, I did). Where else can they go and who else could ever understand the things they have witnessed, the lonesome midnight hours where they know that truly, only one other person would care if they died. 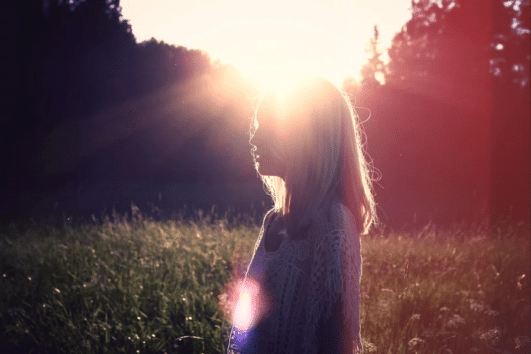 And so it’s a depressing story, interwoven with stark beauty. Wavy and Kellen lying in the fields tracing the stars. Wavy and Donal swimming under a moon, in an abandoned, rusty water tank as Kellen watches. The moments of escapism in bitter, deprived lives. The lilting voice of Greenwood that paints a world so shabby in its horror, yet still filled with something oddly magical in the discovery of a reason to live and be happy, even if only secretly.

The conclusion rips out this odd peace. What we have that follows is a severance that gushes like a wound, a ripped portion of soul and body that is exposed. Here Greenwood seems to make more of a pitch for his characters’ love in the eyes of a horrified world that tries to help in a situation that is far beyond lost. Here we wonder, sometimes, at the book’s projection of the relationship and at the final decision which, for lack of a better word, gives us a happily ever after that we never quite feel comfortable with, yet is inevitable and, oddly, what we actually wanted to happen. We want Wavy and Kellen to be together, although we certainly wish they had waited until Wavy had grown older, grown fully from her child body into the completed body of a woman. When we put All the Ugly and Wonderful Things down though, we see how it could never be any other way. How the ugliness shaped these two characters and they carved out a weird beauty, how Wavy was the leader that started the relationship. You won’t ever be fully okay with the relationship (I hope), but the depth and cadence of the story, its transcendent effect and realism, will lull you into this strange limbo world where you bleed for the broken and nod at whatever peace they can find.