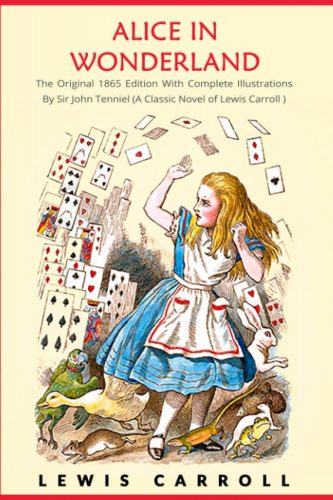 I’ve been wanting to read Alice’s Adventures in Wonderland since encountering the Cheshire Cat’s delightful conversation with a confused Alice a few years ago. The quote, which is on a delightful magnet in the entrance to my cube at work is: “‘But I don’t want to go among mad people,’ Alice remarked. ‘Oh, you can’t help that,’ said the Cat: ‘we’re all mad here.’” Something about the esoteric insanity, the tongue-and-cheek sardonic nature of the leering cat and the little girl who keeps making increasingly bad decisions seemed charming. For years I’ve been saying I’d treat myself to the actual book, and not just weird snippets that have made it into culture or magnets in my cube. Now, I honestly wish I hadn’t made the effort. The random quotes are far better than the bizarrely violent, insensible fever dream of the story.

One day Alice, a seven-year-old girl with her friends and family, is lounging alongside the river when she sees a talking rabbit with a stopwatch and a waist coat. She’s been bored today, so following this strange apparition seems like a good idea. What happens, as we all know, is that Alice falls into another world where everything is topsy-turvy. In this world she finds food with strange properties, more talking animals, a queen who loves to behead her subjects, and a strange baby that gets hurled about until it becomes a pig. It sounds good in theory – I do love a good dose of bizzarro fiction every now and again – but the flow is completely off. 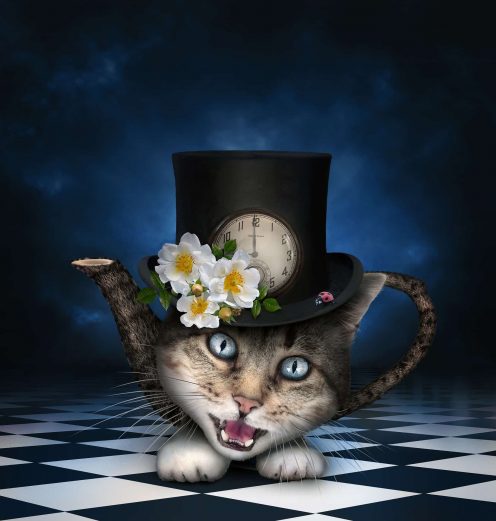 Image by Natalia Koroshchenko from Pixabay

Plus, Alice is beyond unrealistic. She articulates herself like a very advanced adult, yet she has a beyond childish lack of good common sense. She eats and drinks her way through an increasingly volatile world, without ever stopping to wonder if maybe eating strange plants in a strange place is such a great idea. Even at seven, it seems probable that she would pause to consider the ramifications for a moment. She also gets upset, but never seems truly frightened by all these events, which would certainly scare a young child.

One must suspect that the author was into some serious drugs while writing this episode (although if you investigate the history of the actual book, that’s not substantiated at all). The story is too weird, too episodic, too disjointed and ultimately unfettered to be enjoyable.

Luckily, this fairytale disguised as a nightmare is very short. There are some fun and quotable moments that when taken alone are delightful, but the entire thing together is just too much. It could have worked if there had been a little more flow to the weird adventure, something to make us accept this as actually happening, instead of an increasingly disjointed narrative that feels more like a very bad trip at best or a student’s failed workshop attempt at worse. I know that Alice’s Adventures in Wonderland effectively established the genre of fantasy and later science fiction, but I didn’t like it or enjoy it much and was more than a little relieved when it concluded.