Knight of the Black Rose 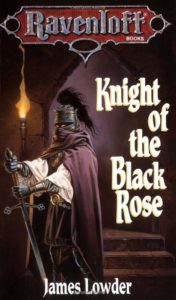 The End of Lord Soth’s Story

Lord Soth was once a famous knight, but lust and pride took him down a dark path. Failing in his final mission to save his realm from the Cataclysm, he is now cursed to walk in undeath, tormented by the banshees who sing his misdeeds daily. Yet, the dark knight feels no sorrow for his fall, and there is no redemption, no wisdom, in his torments. Indeed, the centuries have only grown his obsession, and he is determined to send his ghostly seneschal into the realms of hell to retrieve the soul of a great general who just died. The dark domains, however, along with the wily general, who even in death manages to thwart Lord Soth, have a different game to play: a dark game with a second chance and a pitfall. Which will the fallen knight chose?

I’ve been a fan of the Ravenloft books, which introduced me to the genres of fantasy and horror simultaneously, since I was a teen, but I steadily managed to avoid Knight of the Black Rose. It’s a strange addition to the series since it straddles worlds and picks up on a long running story from another set of series (the Dragonlance Chronicles and Twins trilogies respectively.) It’s hard to get excited about jumping into a story long past the midway mark, and even the back cover blurb notes that Soth’s tail is well underway by the time he arrives in Ravenloft. 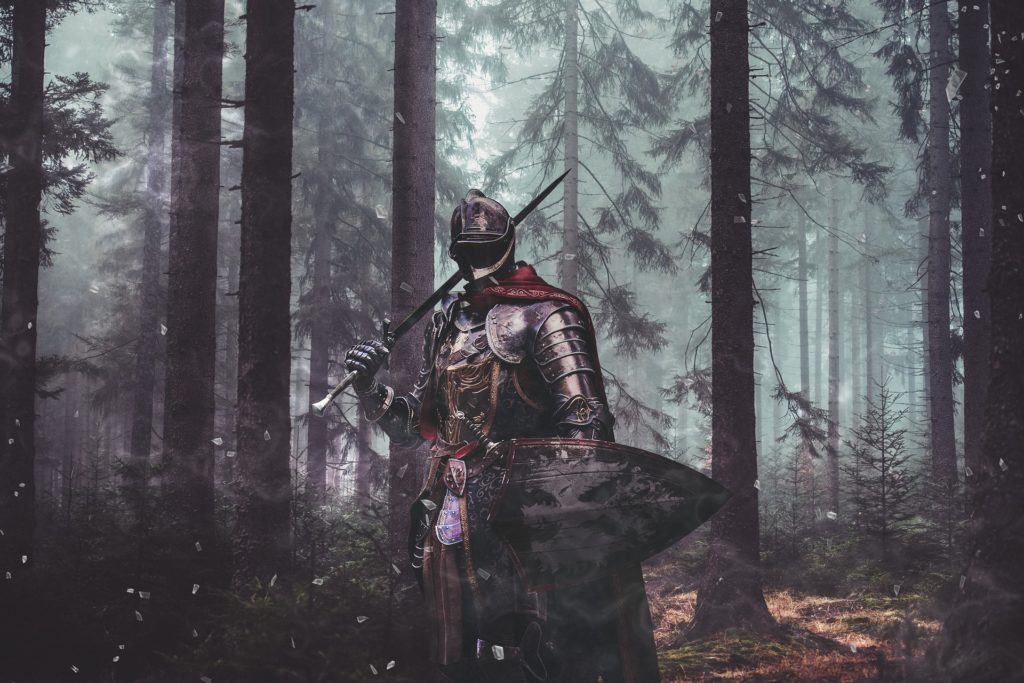 Image by Adalhelma from Pixabay

Many years later, I discovered the Dragonlance series, which are a different flavor from Ravenloft entirely, although there is some overlap and discussion between the realm of Krynn and the cursed worlds of the Ravenloft demi-plane (which many speculate is essentially hell). Lord Soth is a side character in the Dragonlance series, instrumental in the war between good and evil that is fought both on land and with returned dragons in the sky. Yet, he always seemed like a one-dimensional villain to me, his story a sidebar that is overwhelmed by a more complex and complete array of heroes and villains (and everyone who falls in-between).

Finally returning to Ravenloft, I’ve decided to have a re-read of the series in chronological order, meaning that I am finally getting to some books that I hadn’t read beforehand, Knight of the Black Rose being the first of those. Despite not being a Soth fan, I still enjoyed the story, the gothic and surreal-like aura of Ravenloft, and the strange creatures and villains that populate it. This isn’t the best (or truest) of the Ravenloft stories, but even for those non-Soth fans out there it’s an entertaining action/adventure story with an overlay of horror. For people who are unfamiliar with Dragonlance and Ravenloft, you can still follow along but a lot of the complexity and references won’t mean much of anything, especially if you are not familiar with the Dragonlance stories that introduce Lord Soth and General Kitiara. Oddly enough, Ravenloft gets explained a little more here than usual.

If you already have the background then you’ll be interested to see where the story lets out and what finally happens to Kitiara. When the dark mists of Ravenloft come for an unrepentant Soth and his lair of Daargard Keep, the ignoble death knight meets his match in Count Strahd who “welcomes” Soth to the dark domain and foments his own schemes to protect his reign and use the Death Knight against an old enemy.

Meanwhile, Soth picks up a motley crew of captives and monsters. Magda, a Vistani, is forced to follow the knight. In the realm of Ravenloft she is a “good” character (having only sold a fake charm and killed that one guy – that we know of). From her perspective, we see the evolving terrors as she learns more about Soth and Strahd, watches what happens to the rest of her camp, and attempts to plot a way to survive. She is the only really sympathetic character that we get and the only one who isn’t entirely evil, although Magda does have her own ways of justifying what she does. 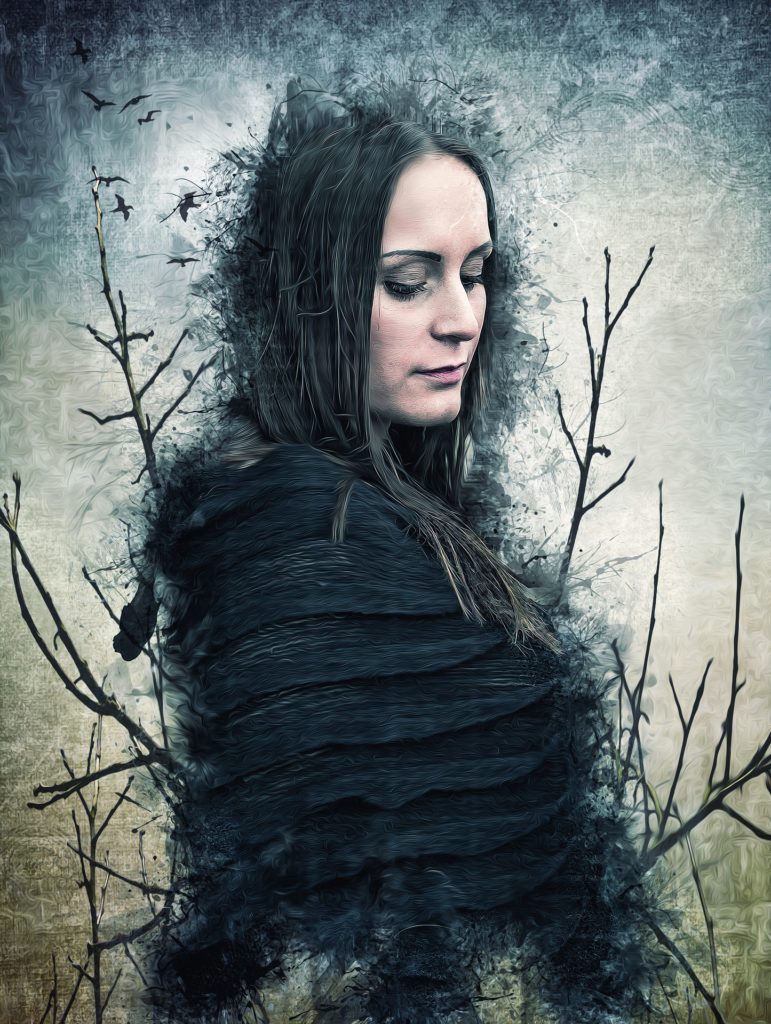 A were-animal, Azrael, also becomes involved with Soth and adds a dash of sardonic humor to the trio’s travels. Azrael was my personal favorite character, and his side story was suitably blood steeped to fit in the horror realm while, oddly, giving us a brief respite from the doom and gloom.

As the story unravels Strahd and Soth circle one another. The tale becomes more of a slow action/adventure than the usual gothic horror of Ravenloft. The real problem is that none of the characters evolve, and while their journey is interesting, they mostly remain as we found them. Soth is not a villain you love to hate. He is cruel, prideful, no-nonsense, and he stays true to who he is. We see glimpses of an internal warfare that must have happened long ago, but whatever remains of his conscience is long since dead, and so he proves a static, predictable villain.

Strahd, his counter-villain, is also not complex here. He is a more passionate version of Soth’s evil, and the dance between the two is entertaining from an action standpoint, but it’s hard to be emotionally involved. Neither character has a redeeming “sad villain” or “empathetic villain” characteristic here, and their up-front-brutality makes them interesting but not engaging.

The conclusion does give Soth a choice and does point to a rare moment of emotional and internal struggle that was sadly bypassed. Soth is too dead – literally and emotionally – to even appreciate his own tragedy at this point, and so while we are entertained at his fate, it’s hard to be lastingly engaged. It’s an interesting story, captivating in a laid back but not an immortal tale of a man fallen from grace. It’s good – but not great.