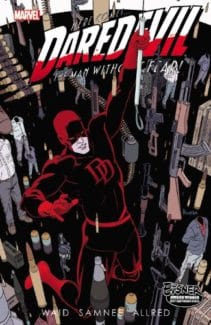 Drifting on the Wings of Madness

Following Daredevil’s life-threatening adventure in Latvia, Dr. Doom’s sensory depriving nanobots are still creating havoc in Matt Murdock’s brain. With a short amount of time and the help of Hank Pym, Doctor Strange, and Tony Stark using science, shrinking, and superpowers the nanobots are defeated and Matt’s senses return. Matt is cured  . . . or is he?

As events begin to unwind Matt’s long-time friend and fellow lawyer, Foggy, realizes that the normally depressed Matt is oddly cheerful – too cheerful. That’s when he finds . . . it . . . hidden in Matt’s desk drawer and suspects that his friend has finally gone over the edge. With more clues mounting, Matt’s erratic behavior, and his frantic calls claiming that his institutionalized ex-wife is suddenly in his apartment, and then gone, Foggy decides to take desperate measures. These measures, however, may be the end of the law partnership, the friendship, Matt’s burgeoning relationship with the assistant DA, and even Matt himself. Can well meaning (or even self-righteous) betrayal ever be undone?

Is Matt crazy or is this the ultimate frame job? If so, who is trying to drive Daredevil insane and why? If it’s real, where could he possibly get help? If it’s not real, how can he find the source and stop it before the pain of his tragic past becomes impossible to bear? And when the chips 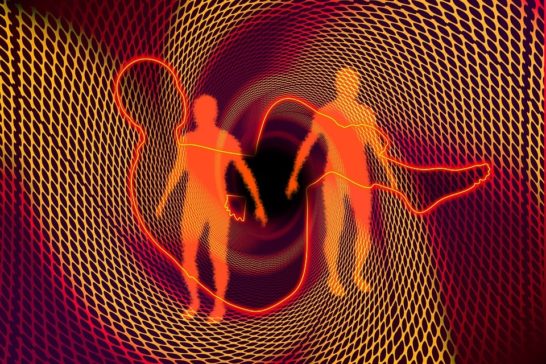 are down, are Matt’s friends, like Foggy and his love interest, really there for him or for themselves? It’s a season of revelations and another time of devastation for the world’s most lonesome super hero.

Mark Waid’s Daredevil stories have a surprising lightness and jocularity married to a somber, devastating darkness. This creates an intriguing and intense atmosphere that has us laughing on one page and locked in the torments of angst the next. Now on book four, the demons of Matt’s former life are creeping back in to blot out the light. No amount of sarcasm or even action can distract from Matt’s tremulous emotional state, still burdened with his memories of Mole Man’s schemes and Doctor Doom’s all out torture.

Here, the punch-em-up action scenes transition into something more subtle, even Hitchcock-like. The tension builds as strange events occur – the sudden appearance of Matt’s ex-wife, tortured into insanity by one of his enemies – is one of the most poignant and disturbing moments, but there are many others. As Matt is cast out by Foggy, on his own without a friend in the world (literally) or his law firm empire, Foggy becomes embroiled in being the good guy on his own when he takes a framed client and tries to save her from the Mob. Do the stories connect? They just might and the friendship, however ruined, must still function in some form to save the day (if not itself).

With action taking back-seat to an intense mystery set-up, you know it won’t be long before Daredevil takes matters in his own hands and goes toe-to-toe with the big bad – once he figures out who (or what) that is. This time, we have a new villain named Coyote with an exceptionally sick scheme underway and a backstory of evil. There is a lot more to it than just that though – a lot. Our angst on Daredevil’s behalf, both from the severity of what has been done to him and the lazy (admittedly melodramatic) betrayal of Foggy becomes entangled in the slough of fast paced revelations and action at the end. And then, then there is a cliff hanger, a character insight, and a new set-up. 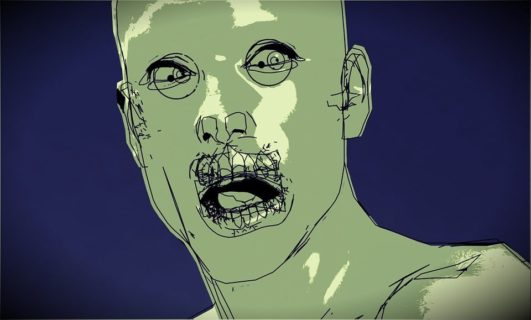 Mesmerizing as always, Daredevil Volume 4 has a bit of everything. If you poke too closely at the story (namely Foggy’s resolution of jettisoning someone in need for their own good) you’ll find inconsistencies and myriad arguments against where the story has taken the long-term friendship. For many, this is a sticking point and a reason to start listing all the reasons against Foggy’s over-simple assumption that a man like Daredevil can just waltz into a psychiatrist without putting everything he stands for, and the doctor himself, in imminent danger. Still, the intensity of the emotions, so well rendered through the stunningly vivid artwork that underpins Waid’s strong writing, is believable. People do dumb things, after all, and friends who think they are doing right become overzealous in their own sense of being done wrong. I personally found it believable. Even the best of us dramatically fail each other and Foggy has long been known as the weaker link in the pairing.

The villain and his shenanigans are a little less clear this time. Who is backing Coyote and why? I have the feeling that this question is going to be a long running theme to a greater set-up for the beleaguered Daredevil. I’m okay with not knowing everything yet because the compelling nature of the story is to weave action with long term mystery and the intensely complicated schemes of powerful villains. I already have Volume 5 out and ready to read.  Waid’s Daredevil is my first true introduction to comics. While I’m mostly a novel (fiction) reader, Waid is opening new horizons of adventure and emotion to me through this series which combines a love of storytelling with art. Highly recommended.