Age of Atheists, The

From Auden to Zweig… 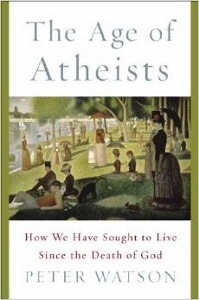 The prognosis was terminal when Friedrich Nietzsche first declared “Gott ist tot” (“God is dead”) in 1882.   But it wasn’t until several years after the German philosopher’s death in 1900 that his pronouncement gained widespread recognition and people began to wonder if the traditional Christian God was actually in charge anymore.  Throw in the horrors of World War I and it’s entirely understandable that Western Civilization’s previously solid belief in an all-powerful God was on shaky ground.  In The Age of Atheists historian Peter Watson explores how people of many varied walks of life dealt with God’s apparent demise and have subsequently gone on to live in a world without gods.

Entirely avoiding the question of whether God actually exists or not, Watson focuses on how those who no longer believed sought to live a life that still held meaning.  They did so in countless ways that resulted in widespread changes through much of society.  In over 500 pages, the author covers more than a century of modern thought and ideas, producing a work of amazing breadth and remarkable detail.   From literature and music, to politics and even childcare, the cultural void that appeared when God went missing had impacts on almost every aspect of the 20th century, resulting in what we think of as the “modern world”. 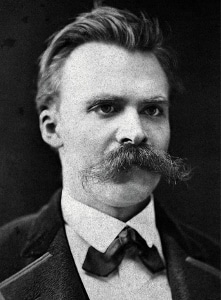 Without God, even the definition of “happiness” was up for grabs and people sought out their own version in all sorts of ways.  Whether they leaned more towards mysticism or science, poetry or jazz, the options were limitless.  And Watson explores them all, from the heavy hitters like Freud, Sartre and Bertrand Russell – the book is a virtual Who’s Who of 20th century philosophy – to other cultural icons like Ernest Hemingway, Isadora Duncan, Jackson Pollock and Betty Friedan.  While the dozens of thinkers, artists and scientists that he presents weren’t all hard core atheists, Watson convincingly argues that they were all influenced by the idea that God was more myth than reality.

This massive tome is truly an amazing tour of over a century of philosophical diversity.  Watson displays an incredible breadth of knowledge, deftly comparing and contrasting scores of influential thinkers and artists, any one of whom could be the focus of an entire book on their own.   While his prose is necessarily dense at times, considering the enormity of the project, Watson handles the myriad topics with a remarkably energetic virtuosity.

God may or may not exist – this reader humbly chooses the latter – but there’s no denying that just the idea of his nonexistence had a profound effect on the 20th century in countless ways.  Without choosing sides, Watson skillfully weaves together dozens of threads – from Salvador Dali to Philip Roth – somehow managing to create a coherent and fascinating story.  I can enthusiastically recommend The Age of Atheists to any readers interested in the history of human thought, be they believers, doubters or otherwise.  Five out of five stars.