From the Minds of Babes… 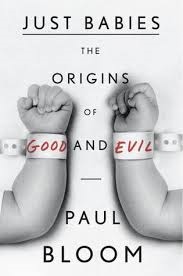 Where does our sense of right and wrong come from?  Is it gradually transmitted to us by our parents, or are we born with the rudiments of morality wired into our nervous systems?  Author Paul Bloom, a professor of psychology at Yale, makes a compelling and eye-opening argument for the latter in Just Babies, describing how even babies who are too young to speak or crawl already have ethical opinions.

Basing his argument on dozens of cleverly designed studies, Bloom reveals how babies recognize the difference between good and bad behavior, favoring characters who are helpful to others.  Almost analogous to language, he argues that infants appear to be wired to unconsciously absorb universal moral principles very early in life.

He then goes on to explore how these basic skills lead to many of the ethical precepts that we recognize as older children and adults, such as empathy, compassion and fairness.  Even at an early age, children understand fair play and – in various game studies – may even voluntarily give up some of their winnings in order to punish cheaters.  Much of the first half of the book is devoted to these kinds of child psychology topics, but in the second half Bloom broadens his focus, exploring the roots of family relationships, racism and warfare.  He devotes most of one chapter to disgust, an emotion that is rarely acknowledged as being at the core of much of human behavior, whether one’s avoiding rotten food in the fridge, condemning an incestuous act or convincing one’s fellow citizens to make war on another country. 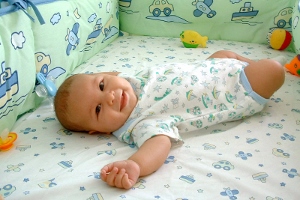 Despite the complexity of his arguments, Bloom writes with clarity in an energetic and conversational style that I found thoroughly enjoyable and makes for a quick read.  I found his ability to smoothly incorporate study after study into each chapter without missing a beat to be quite remarkable.  His artful prose makes this an easy book for even the most casual science reader and the fact that he’s covering topics that are naturally fascinating for any human with even the smallest bit of ego will make the book more appealing to many.

In the end, Just Babies is a fascinating look at the moral world of infants, as well as a wide ranging discussion of the foundations of human morality.  I can strongly recommend it to anyone who’s interested in the many angels and devils that are so frequently apparent in human behavior.