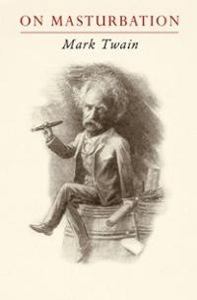 The list of noted advocates is a short one, including Woody Allen, Truman Capote and Cosmo Kramer.  Little did I know that Mark Twain belongs on the list.  While on a tour of Europe in 1879 he gave a speech to a Parisian men’s club entitled, “Some Thoughts on the Science of Onanism.”  As biblical scholars will remember, Onan was killed by God for refusing to father children with his sister-in-law, instead he “spilled his seed” on the ground.   Since that time, “self abuse” has been condemned by the church and society as a mortal sin.  Martin Luther stated the act was worse than incest or adultery, although one wonders why God forgot to include it on his list of commandments.  Even the medical community railed against the habit, claiming it as an underlying cause for consumption, paralysis and heart disease.

It was in this context that Twain gave his lighthearted short speech, following a speaker who warned against the evils of adultery.  He proceeded to quote many of the great figures in the history of Western Civilization – including Homer, Julius Caeser, Queen Elizabeth and Michelangelo – who he claimed were proponents of the act, although the veracity of his quotations is highly suspect.

In order to place Twain’s speech in the proper cultural perspective, the book includes a brief introduction by S.C. Torode, author of The Dirty Parts of the Bible.  If one wanted to be harsh, one could argue that this is the more interesting part of the book. 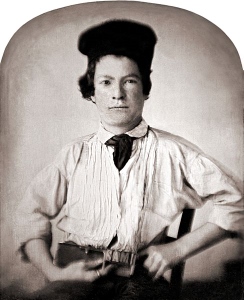 While it takes only about five minutes to read this piece and to chuckle at some of the accompanying silly drawings, Twain’s unique wit and creativity are fully apparent.  I have to admit that it wasn’t as funny as I had hoped it would be, although the Kindle version I bought only cost me 99 cents.

Clemens photo by GH Jones, circa 1850