Birds on the Brain… 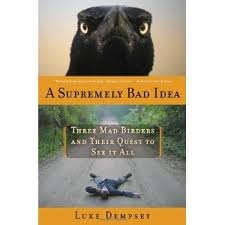 There are two extremes to adventure writing.  At one end, there’s the writer who intentionally places himself in such a ridiculous situation that the entire endeavor seems contrived, analogous to a reality television show.  At the other end, there’s the writer who happens to survive some remarkable experience, subsequently decides it’s worth writing about and somehow “remembers” minute details and dialog, even if it all happened years ago.  Once in a while, there’s an author who finds some ideal middle ground, a ridiculous premise filled with countless mishaps that manages to come off as natural and authentic.  Forgive the pun, but A Supremely Bad Idea – a hilarious account of obsessional birding – fits the bill. 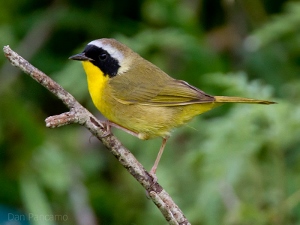 Having exhausted the birding options in nearby places like Central Park – which plays host to a surprising number of nesting and migratory birds – and Cape May, New Jersey, the three mad birders spread their wings and head off to more exotic locations, like Arizona, Florida, Michigan, Texas, Colorado and the Pacific Northwest.  Each chapter describes their adventures in entertaining detail – including countless facts about scores of different birds – whether they’re running afoul of smugglers in the Rio Grande Valley, butting heads with militiamen in southeastern Arizona or gasping for oxygen high in the Rocky Mountains  while searching for the elusive white-tailed ptarmigan.

Dempsey’s narrative works on multiple levels.  The enthusiasm he exudes as he describes each new ornithological addition to his life list is infectious, making for an exciting read as he revels in each bird’s unique antics.  In addition, the book is consistently hilarious as the author frequently lets his short temper get the best of him, creating an endless series of blunders. While it’s a little hard to determine exactly how reality-based his two older sidekicks are, Dempsey weaves their endearing eccentricities into the story to great comic effect.  Fortunately, my paperback edition of the book includes an afterward by Don Graffiti in which he argues that he and his wife really do exist and live in Brooklyn. 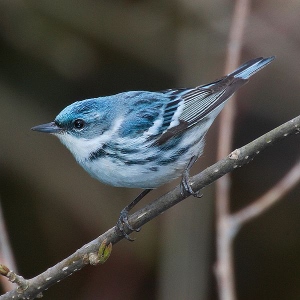 Lastly, the book also works as a conservation piece.  Many of the birds that Dempsey sees, like the cerulean warbler or the Kirtland’s warbler, are in danger of extinction due to habitat loss and destruction.  The author worries that his daughters may not grow up to have the same birding opportunities that he has enjoyed.

Although I’ve got a busy bird feeder in my backyard, I’m not a birder.  But even if your birding acumen consistently relies on frequent use of the LBJ label – short for “little brown job” – I can still strongly recommend A Supremely Bad Idea.  Birders and their allies, as well as anyone who enjoys a fun adventure, will find this to be a supremely good read.