Pieces of the Frame 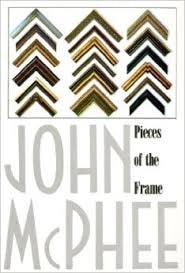 It all began in 1965, when he published a book that profiled a Princeton basketball player – and future NBA star and US Senator – named Bill Bradley.  Author John McPhee has continued prolifically writing since then, creating a collection of works that is unrivaled in its journalistic scope.  His half century of effort has resulted in the flourishing of a new literary genre known as creative nonfiction, a book species that is near and dear to my heart.  In 1975, McPhee published a collection of eleven short works, entitled Pieces of the Frame.  If you’re looking for someone who can write wonderfully about anything, McPhee is your man and this book is as good a place as any to start. 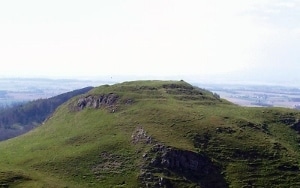 McPhee has written so many books about so many things that it’s not easy to know what to read next.  I sought out this collection when I found that it contained “The Search for Marvin Gardens”, a McPhee essay that was included in Joyce Carol Oates’ compilation of works, entitled The Best American Essays of the (20th) Century.  This remarkable essay – originally published in the New Yorker – explores the streets of Atlantic City, the city that served as the inspiration for the properties in the Monopoly board game.  Deftly balancing humor, history and social commentary, the author is at his captivating best.

Three of the essays take the reader on adventures in Scotland – seeking out the secrets of Scotch whisky, searching for the monster of Loch Ness and climbing Dunsinane Hill (home of the real-life King Macbeth).  He also visits the Wimbledon Championships in 1970 and tries to find a way to play basketball against the Queen’s Royal Fusiliers in the shadow of the Tower of London.  Back in the States he follows the director of the National Park Service and explores the world of quarterhorse racing in New Mexico.

But my favorite is a lengthy essay about McPhee’s adventures wandering the state of Georgia with Carol and Sam, two state wildlife experts.  Together they travel mile after mile down quiet highways in an old Chevy, exploring various bits of wilderness hidden around the state and subsisting on any roadkill they happen upon.  With his typically facility, McPhee deftly captures the pair’s rugged eccentricities and endless passion for the natural world, making for a truly engaging essay.  The fact that the story culminates with a canoe trip on the Chattahoochee through downtown Atlanta with then governor Jimmy Carter is just icing on the cake – or gravy on the rattlesnake. 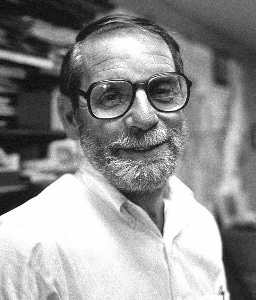 Taking a break between books.

I’m willing to admit that even the best essays are going to suffer after forty years have passed, but I still think that McPhee’s early works are worth reading.  Many of the topics in this collection remain inherently interesting and the essays also serve as a unique historical snapshot of the early 1970s, a world that has long since faded away.  But more importantly, in my opinion, there’s simply no better way to learn about great writing.  McPhee’s work has continued to influence so many journalists and writers of every stripe over the years  – to the great fortune of countless readers – that it’s fun to watch the master at work, a giant from the days when the typewriter was still king.

One of McPhee’s more than thirty books and collections, Pieces of the Frame provides an entertaining look at the some of the early work of one of America’s greatest nonfiction writers.  While time has caused some of the topics to lose some of their luster, the quality of the writing more than makes up for this inevitable problem.  An excellent choice for John McPhee fans or anyone who’s interested in reading his work for the first time.