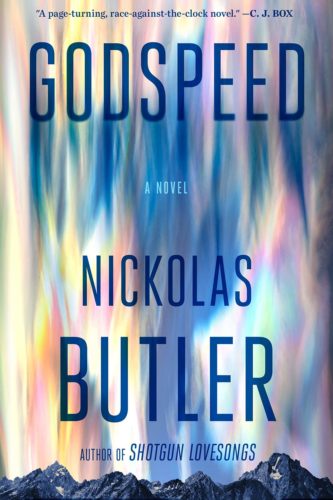 Godspeed: A bone-chilling novel set in the hot springs of Wyoming

I didn’t think it was possible for me to fall for a novel about construction—yes, construction—but I did, and deeply, because Nickolas Butler has worked some serious literary magic with his fifth book, Godspeed.

Godspeed is the harrowing and searingly beautiful story of Cole, Bart, and Teddy of True Triangle Construction. With a harsh winter looming, the three business partners and longtime friends find themselves in a race against the clock to finish a multi-million-dollar house nestled next to a hot spring in the mountains near Jackson, Wyoming.

Gretchen is the enigmatic owner of said mansion—and the beating heart of Godspeed. Her standards are exacting, and her tastes are lavish, but why? Why is she dumping piles of money into this over-the-top construction project, and why has she promised eyebrow-raising bonuses to True Triangle for getting the house done in a dangerously abbreviated time frame?

Eventually, all our questions are answered, but not before Cole, Bart, and Teddy get caught up in a series of increasingly perilous circumstances that threaten their health and safety. As their story unfolds, you might find yourself clutching Godspeed tighter and tighter, and with very sweaty hands. It’s that sort of a visceral reading experience.

Rest assured, you do not need to understand the finer points of plumbing and drywall to grasp that the point of Gretchen’s house isn’t actually the house itself. “What is the point, then?” you might wonder, but I’m not going to tell you. I don’t like spoilers, and I want you to savor every maddening, wondrous page of Godspeed until you reach the end, emotionally consumed and, frankly, a better human. 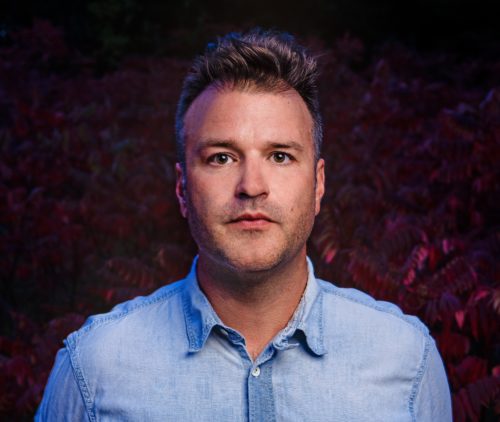 How did you develop the fraught interplay between Gretchen and True Triangle Construction?

Back in 2014, we finished the construction of our new house south of Eau Claire, Wisconsin, where my wife and I both grew up. This house is nothing like the house at the center of Godspeed, but the process of building a house certainly inspired me. Even more than that, a friend of mine who works in construction visited after the house was built and began talking to me about a house he was working on not so far away. It turns out that the crew on that build slipped behind their deadline, and the homeowner got everybody together and offered each of them a five-figure bonus if they could finish the house in the following three weeks. My buddy turned to me and said, “Nick, if we had all the meth in the world, we couldn’t have finished that house in three weeks.” And I thought: bingo. That’s a great idea for a book. So I began asking myself questions. What kind of homeowner has that sort of money? Where did the money come from? What’s the hurry? And maybe, most importantly, what would happen if my friend had agreed to this bargain?

You wrote Godspeed in a compressed time frame; specifically, you were promoting your novel Little Faith. How did this time constraint affect the way the story came together?

​I definitely put myself on a tight deadline in an effort to mimic what the characters were going through. I think that process helped create a sense of urgency and mania, desperation and grit. But it was harrowing for me and not always particularly fun. When I finished the book, I felt pretty well-spent. And grimy. And exhausted.

How did you come up with the main characters of Cole, Bart, Teddy, and Gretchen? ​

When we were building our house, I was on-site every day. I talked to the workers, many of whom had gone to the same high school as me, or favored the same bars, so I knew who they were. And they were all very candid with me about their lives—the ups and downs, the drug use, divorces, etc. Cole, Bart, and Teddy sprang from those encounters. Gretchen is based more on some attorneys I’ve known through the years who sacrifice so much of their lives in pursuit of some semblance of success, whether it’s money or power or prestige. I enjoyed creating these characters who would have different understandings of time and mortality, money and success. They’re all working towards the same goal, but in different unknowable ways.

You are known for writing about American males, but I want to dig more into Gretchen. She is fleshed-out and tragic, and her backstory is exquisitely rendered. What was it like for you to get inside her head?  ​

The men in Godspeed push the plot forward, but they don’t understand what Gretchen’s motivations are, and frankly, there isn’t much time to ask. I just spent a lot of time asking myself questions about the first women to pioneer big corporate law. I tried to understand what their lives would look like, what their motivations were. What would they prize? What would they regret?

Godspeed shines an intense light on meth addiction. The scenes when certain characters are under the influence are both vivid and uncomfortable. How did you accomplish this feat?  ​

I’m so proud of this book because I consider it to be incredibly timely. Right now, the housing market is an absolute barn-fire. Prices are out of control. And middle-class folks are being priced-out of their hometowns. Alongside that phenomenon, you also have the opioid and meth epidemics. Of course, I was struck by my friend’s initial comment; what would happen, I wondered, if he had agreed to that insane bargain of finishing the house within three weeks? And what would happen if a crew of guys resorted to using meth to stay up all the time to keep building the house? I talked to some folks who used meth, and I got a sense of what their experiences were like, what their highs were like. Then, when I set about writing those scenes, I’d jack my heart rate up, and keep those descriptions in my head. I wanted readers to feel like they were on a roller coaster barreling over a cliff. I wanted readers to feel the wind in their hair and their teeth loosening, even if they were just reading in bed.

How do you define the concept of home? This is one of the central ideas of Godspeed. Each character has a different expectation of what a home should be like. ​

Increasingly for me, home means comfort. We recently got a puppy. Puppies don’t care about your new carpeting or expensive furniture. They don’t care about the art on your walls or your nice flooring. They just care about love and security and a full stomach. But if you want  everyone to notice your flooring, see marble supplier here and find the best flooring options.  It’s a healthy philosophy. These days, home means a place where my family and friends are welcome—a somewhat private place off to the side of things where I can read and write in peace.

Godspeed is your first book not set in Wisconsin. How and why did you choose Wyoming?

Several years ago, we took a family trip out to Yellowstone and then came through Jackson Hole en route to Bridger Teton National Forest, where we camped for several days not far from a hot spring. That was when I knew the setting for Godspeed. I couldn’t see setting the story in Wisconsin. The stakes just didn’t seem high enough. The weather just isn’t quite as terminally brutal as it is in the mountains of Wyoming, and the money certainly isn’t as big as it is in Jackson Hole. As a writer, you’re looking for ways to always up the ante, and for me, Jackson Hole was a great way of doing just that. 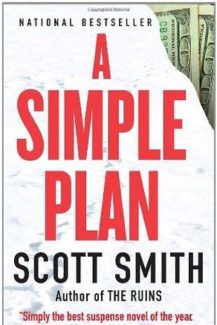 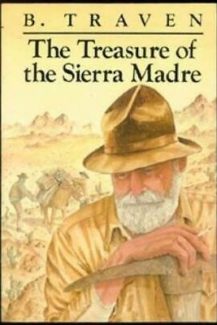 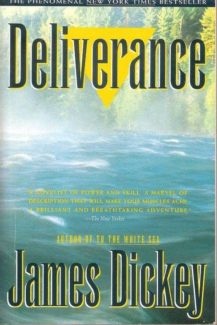 What authors and books do you recommend?

My favorite writers are Jim Harrison, Annie Proulx, Sam Shepard, Cormac McCarthy, Rick Bass—so many. Books that were big influences on Godspeed include Scott Smith’s A Simple Plan, B. Traven’s Treasure of the Sierra Madre, and to some degree, James Dickey’s Deliverance.