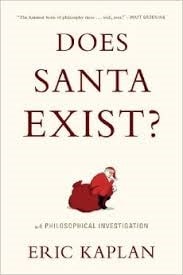 The conundrum isn’t as simple as you might think.  Either Santa exists or he doesn’t, right?  If you’re more than ten years old, you may be very confident in your answer, but if you give Eric Kaplan – a Jewish graduate student in philosophy at UC-Berkeley – a chance, you may begin to realize that you don’t really know what you think you know.  In a surprisingly entertaining investigation of some pretty deep philosophy, Kaplan presents his answer to the puzzle in Does Santa Exist?

A Harvard graduate, Kaplan has studied philosophy most of his life, but he’s much more famous as a writer and co-executive producer for The Big Bang Theory, the most popular nerd project in the history of television. He brings both sets of credentials to the page in this book, uniquely combining an impressive ability to clarify profound philosophical concepts with some equally engaging comedic writing skills. 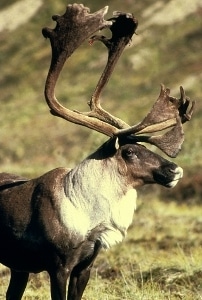 Drawing on millennia of thought, the author explores the Santa question from multiple perspectives.  Proving that a purely logical approach falls short, he then probes the puzzle from a mystical angle, asking whether the question of Santa’s existence even makes sense.  Next, in the best part of the book, he goes on to talk about how comedy might be able to reconcile the wide gap that exists between these two unsuccessful approaches.  Lastly, he builds the case for his own personal answer, providing numerous twists and turns along the way. 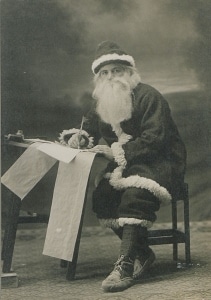 As a fan of TBBT, I had high hopes for this book and am pleased to report that it’s even better than I had hoped.  I’m confident that fans of the show will agree that the book shares much of the same nerdy and comical sensibility.  They’ll also be excited to learn that both Sheldon Cooper and Amy Farrah Fowler make special cameo appearances.

While I’m not sure that he’s going to convert a lot of people to his own view, I am quite confident that no one has ever looked at the question of Santa’s existence from more angles or with more inquisitive energy than Eric Kaplan.  A thoroughly entertaining amalgam of logic, mysticism, neuroscience and humor, Does Santa Exist? is full of surprises and succeeds  as both a lively philosophical juggling act and a consistently humorous page turner.   Highly recommended for nerds of any stripe.

Reviews of other philosophically inclined books;