Alone on the Ice

Two Winters and a Summer in Antarctica… 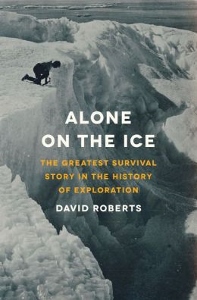 For aficionados of the glory days of Antarctic exploration at the beginning of the 20th century, three leaders stand out above all others: Amundsen, Scott and Shackleton.  But despite the enduring qualities and epic sagas attached to these three heroes, there was another man who may have out done them all.  Undoubtedly Australia’s greatest Antarctic explorer, Douglas Mawson accomplished feats that rival all others and, in Alone on the Ice, the acclaimed mountaineer and writer David Roberts tells his story.

While the book describes Mawson’s early exploits, including the first ascent of Mt Erebus – Antarctica’s only active volcano – and the first attempt to locate the southern magnetic pole, its primary focus is the Australasian Antarctic Expedition from 1911 to 1914.  This ambitious mission was led by Mawson and set out to explore the previously uncharted parts of the continent south of Australia.

Following a brief introduction, Roberts describes the team’s hazardous journey by ship from Tasmania to Cape Denison on Commonwealth Bay in Antarctica.  Having unknowingly chosen what would subsequently be shown to be the windiest coastal area on earth – with winds averaging more than 50mph with gusts to 200 – Mawson’s men struggled mightily to set up a base camp amongst the penguins as well as an additional smaller camp on an ice sheet 1500 miles to the west.  They proceeded to winter over in 1912, preparing to start exploring the continent during the summer of 1912-13.  Eschewing others’ efforts to reach the geographic pole, Mawson’s focus was on science, including geology, geography, biology and meteorology.  Between the two camps, a total of seven death-defying exploratory ventures were sent out into the continent. 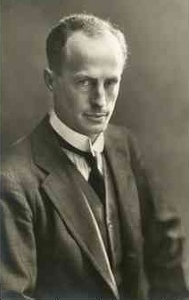 While the scientific impact of these missions was unprecedented – at the time Antarctica’s status as an actual continent still remained to be established – it was Mawson’s own journey some 300 miles east of the base camp that secured his name in history and provides the name of this book.  Heading out with two of his partners, Xavier Mertz and Belgrave Ninnis, and a team of Greenland huskies, Mawson charted vast areas of previously unexplored territory east of the camp.   Constrained by the brief summer window that would allow their ship to pick them up before winter returned, the threesome were contemplating a turnaround date when tragedy struck and Ninnis fell to his death in a massive crevasse along with most of the food.  And the tent.  Battling grief, starvation and the elements, Mertz and Mawson turned around and slogged toward home for over 200 miles before Mertz finally succumbed.  Mawson’s effort to save his friend and his subsequent struggle to make it the last 100 miles on his own makes for riveting reading.  Truly, a one of a kind adventure story. 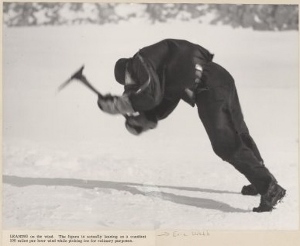 Chipping ice in a 100mph headwind!

Backed up by loads of research and numerous published and unpublished works about the expedition, Roberts puts together a heart pounding story.  In addition to the headline adventure, he manages to include many of the other treks that made up the entire wide ranging mission.  The high quality of this fast paced and informative read makes it easy to understand why the author has received numerous awards over his career.

In the end, Alone on the Ice is one of the extraordinary stories in the brief but tumultuous history of Antarctic exploration, presented by one of today’s best adventure writers.  Highly recommended for those who enjoy reading about extreme escapades, or for anyone who’s never heard of a great Australian hero named Douglas Mawson.