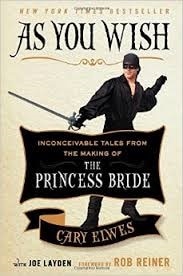 It wasn’t much of a sensation when it first hit the theaters in 1987, but time – and the home video industry – has been kind to The Princess Bride, as the movie has quietly become a cult classic over the decades.  The wholesome story of true love, cleverly sprinkled with plenty of whimsy and magic, has become a favorite of movie fans of all generations.  In honor of the 25th anniversary of its release, Cary Elwes – aka Westley and the Dread Pirate Roberts – has written a book about the making of the film, aptly entitled As You Wish.  It’s sure to entertain anyone who’s enjoyed the movie.

Covering the entire production process, from the many years Hollywood struggled to finally bring William Goldman’s screenplay to the theater, to the shooting of Buttercup and Westley’s movie-ending kiss scene, Elwes reveals plenty of behind the scenes details.  He tells of his months of arduous training with Mandy Patinkin for “The Greatest Swordfight in Modern Times”, his drinking adventures with 500 pound André the Giant, his countless bear hugs with director Rob Reiner and the wonderful camaraderie that developed with the stellar supporting cast. 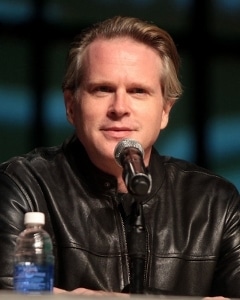 Ably assisted by co-writer Joe Layden, Elwes writes with joy and humor, displaying a genuine fondness for one of his most memorable and beloved roles.  He captures much of the spirit of the movie in his numerous entertaining anecdotes and reveals how he overcame the anxiety and youthful blunders that hindered the 23 year old on his first major film.  His self-deprecating storytelling makes for a consistently enjoyable and fast-paced read.  In addition, the book features dozens of brief, light-hearted interjections by all of the surviving cast members, as well as Goldman, Reiner and co-producer Andy Scheinmen.  These extras add a lot to Elwes’s story and highlight how unusual it is for one movie to have so many exceptional performances.

Is your favorite scene in the Fire Swamp or on the Cliffs of Insanity?  Do you exclaim “Inconceivable!” at any opportune moment?  Do you believe unwaveringly in “twue wuv”?  Did you know that Christopher Guest has six fingers on his right hand?  Whatever your answers, if you’re a fan of The Princess Bride, you’re sure to enjoy As You Wish.  It’s an entertaining and fitting tribute to this cherished modern fairy tale.

The Princess Bride (book vs. movie)