Dawn of the Undead… 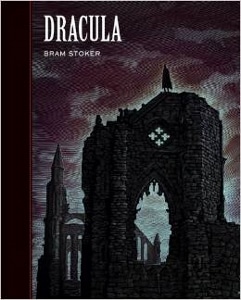 Few creatures have proven more durable in modern literature than the dreaded vampire.  Ever since these undead, blood sucking demons of the night first began appearing in literature in the early 19th century, each generation has taken the opportunity to reinvent the infamous characters.  For reasons that remain unclear to me, it seems that vampires have become even more popular over the last few decades.  Having fallen victim to this cultural obsession myself on occasion, I was curious to explore where it all began, with Bram Stoker’s Dracula, published in 1897.

While Stoker wasn’t the first to write about vampires, there’s no denying that his work set the standard for all subsequent portrayals in books and films.  A classic of the gothic horror genre, the book stands up rather well for this modern reader, but in ways that are rather unexpected.

The book is a collection of journal entries and letters written by the main characters, occasionally supplemented by a newspaper clipping or two.  Starting out with an entry in his journal, Jonathon Harker describes his harrowing trip into the Carpathian Mountains of Transylvania to visit Count Dracula, who is interested in buying some London real estate.  This lengthy, textbook demonstration of foreshadowing does a remarkable job of setting the tone for the rest of the book. 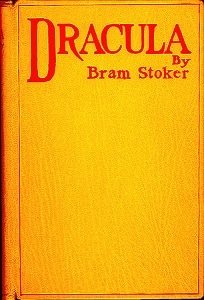 Full of all sorts of romantic literary traditions, like frail damsels in distress, passionate speeches of undying love, dauntless chivalry and repeated draughts of therapeutic brandy, the prose displays its Victorian Era origins at every turn.  But while these outdated conventions take a little getting used to, they didn’t significantly detract from the storytelling and actually made the proceedings seem that much more credible.

The travails of the intrepid fellowship of vampire hunters, led by Dr. Van Helsing, often prompted memories of the best X-Files episodes, as the protagonists had to put aside their scientific skepticism and accept the reality of supernatural, undead villainy.  Similarly, the synergistic interactions of the various team members – each bringing their own unique strengths to the fore – reminded me of a Super Friends episode or an Avengers movie.

Interestingly, the title character appears only sparingly, serving more as an omnipresent source of fear and pure evil that permeates the story.  By modern standards, this decision forfeits much of the potential for suspense and dramatic conflict, although the story is still plenty riveting and dreadful.  Subsequent versions have made the roles of Dracula and his brethren a much more visible part of the storyline. Over the past 100 years, it seems that readers and viewers have become more fascinated by the villains in the story, trying to understand their passions and drives, while the heroes have become relatively more bland.

A gripping saga of life and death, featuring Mina Harker’s fearless feminine heroism, Seward and Renfield’s insanely logical insectivorous banter, Van Helsing’s brilliant strategizing and evil schemes by one of the greatest villains of all time – Dracula is thoroughly entertaining in its original incarnation.  Providing much of the source material for countless adaptations, from the 1921 silent film Nosferatu to HBO’s True Blood, the novel is undoubtedly one of the most influential works of the 19th century.  Despite its vintage, I can still enthusiastically label it required reading for any who fancy themselves true horror fans.