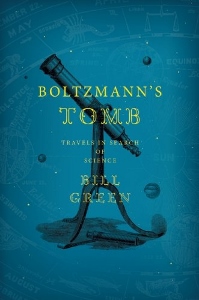 Although scientists may not be a highly religious segment of the population, they still have the common human drive to canonize their forebears.  Walking down the garden path where Darwin strode while contemplating the natural world or holding the very telescope that Galileo used to see the moons of Jupiter can invoke an emotional reaction from even the most strident materialist.  It is with this sense of wonder that geochemist Bill Green has traveled the world over a long career, seeking out many of the scientific world’s most “holy” sites.  Boltzmann’s Tomb is his account of these pilgrimages.

Green has spent most of his career studying the hypersaline lakes of Antarctica’s McMurdo Dry Valleys, resulting in his first book, the award winning Water, Ice and Stone, published in 1995.  But his scientific interests have always been far ranging and much of this book reveals the numerous peregrinations that finally deposited him on the world’s most desolate continent. 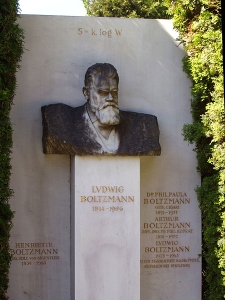 It was while he was an undergraduate at Purdue University that Green’s obsession with a rather obscure late 19th century Austrian physicist reached full flower.  It was Ludwig Boltzmann’s statistical understanding of random molecular movement and its inevitable tendency to increase entropy that provided much of the basis for the final acceptance of the reality of the atom by physicists of the day.  The focus on randomness appealed to the young Mr. Green and seemed to drive much of his subsequent wanderings.

While the book frequently returns to Boltzmann’s life story and scientific accomplishments, many other great scientists and scientific locations are explored.  Starting in his home town of Pittsburgh and ending in Oxford, Ohio where he taught for many years, Green travels to Florence, Cambridge, Prague and Vienna to name just a few – even Juneau, Alaska – discussing the lives of dozens of scientists like Kepler, Galileo, Newton and Einstein. 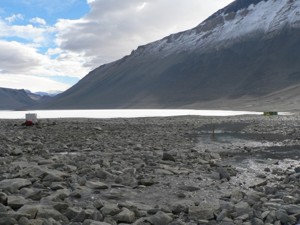 Mixed in with numerous valuable scientific odds and ends, Green includes much about his own limnology research, the philosophy of science, his approach to teaching, as well as his own personal life story.   There’s even a brief bit about global warming.  While I frequently found myself enjoying what I was reading, I think a book can only tolerate so much randomness.  Green writes well, but the disjointed approach he chooses for this book – while it may be a clever tribute to Boltzmann – frequently left me frustrated and annoyed.

Equal parts personal memoir, artistic homage and scientific exploration, Boltzmann’s Tomb sacrifices too much to the first two components, making it hard to glean as much as I hoped from the latter.  While I often appreciate when a science writer adds a rich personal touch to their writing, it didn’t work for me this time.  I’m disappointed that I can’t recommend it.