Writing to Save a Life 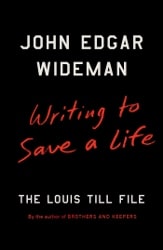 Imagination as fact.  It’s not a concept that gets much respect in today’s political climate.  But in skilled hands it can create quite a profound literary experience.  In Writing to Save a Life, award winning author John Edgar Wideman takes creative license to the limit in his consideration of Private Louis Till, a man whose life – or death rather – had a profound, if indirect, impact on American history.

Until the tragic death of his 14 year-old son Emmett in 1955, Louis was just an anonymous World War II serviceman who was executed by the US Army in Italy, following his conviction for rape and murder in 1945.  While the elder Till’s trial and death were not part of the public record, young Emmett’s death and the subsequent trial of his murderers was a spectacle followed around the world.  The outrageous acquittal of the men who kidnapped and killed him in Money, Mississippi would prove to be one of the sparks that ignited the African-American Civil Rights Movement. 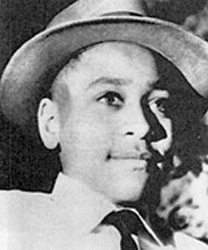 Haunted by a picture, Wideman vividly remembers seeing the horrific image of Emmett Till’s mutilated face that appeared in African-American publications following his death.  Inexplicably driven to pursue the young man’s story many decades later, the author is repeatedly waylaid by his own ruminations and the story of Louis’ violent death one decade earlier.  Intrigued by how little of the elder Till’s life has been revealed, the author travels far and wide – both literally and figuratively – to learn more.  At the time of his death, no one – not even his family – knew how Louis Till’s military service ended, until his record was conveniently unsealed in order to absolve his son’s killers of their crime ten years later.  As has so often been the case, justice for African-American citizens in the United States of America – be they perpetrators or victims – has been less than ideal. 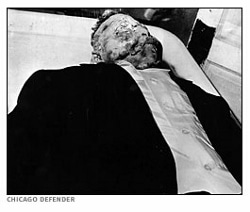 Just like Chicago-born Emmett Till, Wideman grew up in a big northern city, only knowing of the violent and overt racism of the Deep South through the scary stories that his elders had shared.   Like Till, he was also 14 years-old in 1955.   But one thing the young Wideman had that the young Till did not was a father.  Unlike Emmett, he knew his father.   Would Till’s life have turned out differently if he’d had a father to guide him?  Teach him?  Warn him?  The author’s deeply personal exploration of these kinds of evocative questions makes for some remarkably riveting reading.

But it’s the elder Till’s story that proves most enigmatic.  With persistence, the author hunts down the record of the man’s court-martial trial, trying to piece together what transpired almost sixty years ago.  Reading between the lines of all the official documentation, Wideman thoughtfully constructs a more complete picture of the young man, using his powers of conjecture to the fullest.   It’s clear that Till was an abusive and angry man who wasn’t a model soldier by any means, but it’s by not at all clear that he was guilty of the crimes for which he was executed. 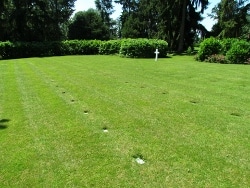 Plot “E” at the Oise-Aisne American Cemetery in northern France.

Like any intriguing work of history, this book illuminates the mysteries of the past, but if you’re expecting a genuinely historical or journalistic approach to the life of Emmett Till’s father, you’re in for a surprise.  As much a personal quest as it is a historical document, Wideman’s struggles with his own demons are as poetic as they are haunting.  Whether he’s writing about the neighborhood in Pittsburgh where he grew up, the home of his ancestors in rural South Carolina or the secluded cemetery in northern France where Louis Till is interred, the author’s reflections on life, death and violence are undeniably powerful.

Full of true and often tragic stories, Writing to Save a Life insightfully questions the very basis of truth when we look back in time.  Full of creative history, intriguing biography and meditative introspection, the book is a timely account that brings almost forgotten crimes into the 21st century where we seem doomed to repeat them.  Highly recommended.