So You’ve Been Publicly Shamed 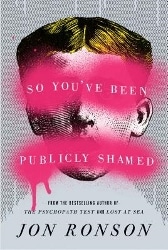 Pitchforks and torches used to be the tools of choice.  But as we’ve become more civilized over time, extrajudicial punishment has become less and less necessary.  Truth be told, I can’t remember the last time we rounded up a posse in these parts.  But the Internet has put a new spin on an old tradition.  Post an offensive image on Facebook?  Fudge the truth a bit in your latest book?  Tweet a joke that upsets someone?  In today’s constant and highly efficient social media whirlwind, if you hurt someone’s feelings, you can be an unemployed social pariah before you’ve had your second cup of coffee.  Frequently looking over his shoulder, Welsh journalist Jon Ronson explores this new world of vigilante justice in So You’ve Been Publicly Shamed.

Having repeatedly participated in the mob mentality that drives a satisfying social media annihilation himself, Ronson – of The Men Who Stare at Goats Fame – doesn’t really realize how devastating these attacks can be until he is victimized himself.  Duly motivated, he goes on to explore the ruined lives of other victims, often coming upon the wreckage only moments after the crash.  Intriguingly, he delves into the dark psychological places that these stories lead to, deftly balancing his journalistic voyeurism with genuine compassion. 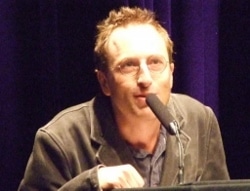 Now Ronson freely admits – and unsentimental readers will be quick to point out – that these supposed victims played a critical role in their own demise.  There’s a certain satisfaction that comes when people who do stupid things are punished for it.  But unfortunately, there seem to be too many situations where the penalty doesn’t really fit the crime?  Does somebody really deserve to be fired because someone overheard them giggling with a friend about a big “dongle”?

Of course, each shaming story is different.   As a result, it’s inevitable that readers are going to have more sympathy for some victims than for others.  But regardless of your feelings about this new system of social media justice, Ronson provides a thoughtful take on how it’s changing the world.  He also shines a light on a new industry that can covertly clean up your social media footprint if it’s been tarnished.  For a hefty price, of course.

A thoroughly engaging and intrepid exploration of mob justice in the 21st century, So You’ve Been Publicly Shamed provides numerous cautionary tales for unwitting social media participants.  If you’re not already paranoid, it’s sure to take you there.  If you already are, it will at least push you into the orange zone.  Tweet cautiously…