See What I Have Done (Dave)

An ax of infamy… 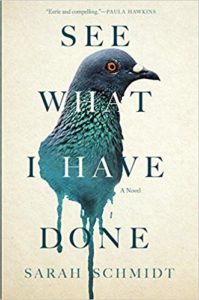 It was one of the most notorious American crimes of the 19th century.  If you’re old enough you may remember a tasteless jump-rope rhyme that might make you wonder if you were raised by savages.

Lizzie Borden took and ax and gave her mother forty whacks.  When she saw what she had done, she gave her father forty-one.

Needless to say, there’s a lot more to the story and in See What I Have Done – her first novel – Sarah Schmidt has created a thoroughly riveting and eerily compelling account of this infamous crime. 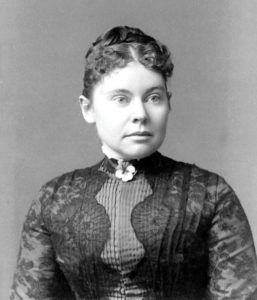 The indisputable facts are as follows.  On August 4th, 1892 someone used an ax to bludgeon Andrew and Abby Borden to death inside their Fall River, Massachusetts home.   Thirty-two year-old Lizzie was the prime suspect in the murder of her father and step-mother, but she would go on to be tried and acquitted by a jury of her peers (twelve wealthy white men).  No one else would ever be charged with the crime. 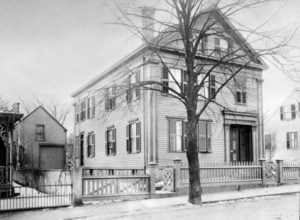 The scene of the crimes in Fall River, MA.

Schmidt tells the story from the perspective of four individuals:  Lizzie, her older sister Emma, the Borden’s maid Bridget and a stranger named Benjamin.  Through them we get to know the victims, the possible perpetrators and many of the details surrounding their dysfunctional relationships.  Given that forensic science was still in its infancy at the time, Schmidt has very few constraints, using what little is known with certainty about the murders to form the foundation of her account.  She builds from there to create consistently absorbing mystery.

Presenting an often thoroughly repulsive polysensory experience, the author dexterously knits a dark thicket of prose that effectively uses her multiple unreliable narrators.  The result is an almost literal fly-on-the-wall experience that kept me fully engrossed throughout.  Murder is creepy.  Lizzie is also creepy.  In the skilled hands of Schmidt you get creepy squared.

Historical true crime fiction is a tantalizing subgenre that I find particularly intriguing given the limits it places on the writer.  See What I Have Done is a fine example of how entertaining this kind of story can be.  For me, the fact that the story is rooted in actual events makes the whole experience that much more disturbing.  Highly recommended both as a history and a mystery.