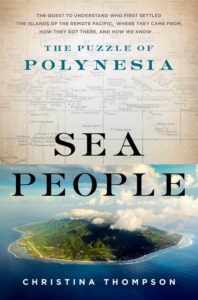 How did they get here?  Where did they come from?  When Europeans explorers first met the native islanders in places like Hawaii, Tahiti or Easter Island, they couldn’t help but wonder.  Exhibiting no large seafaring ships or other obvious means of traveling the thousands of miles between islands, it was as if God had scattered dozens of small acts of separate creation across the vast Pacific on a whim.  Known as the Polynesians, the mystery of their origins would be the source of compelling anthropological intrigue for centuries.  In Sea People, award-winning writer Christina Thompson explores the fascinating history of this singularly adventuresome culture. 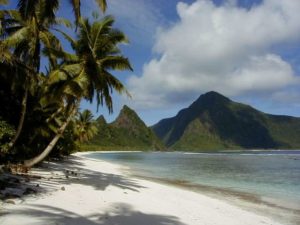 Roughly forming a triangle that encompasses most of the South Pacific – from New Zealand in the southwest to Hawai’i in the north and Easter Island in the southeast – Polynesia is made up of more than a thousand islands, most of them no more than a tiny speck on the globe.  Featuring four independent countries and a smattering of overseas regions belonging to countries as diverse as France, the US and Chile, the native peoples of this sub-region of Oceania share many cultural and language similarities. 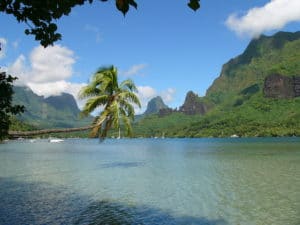 Cook’s Bay on the island of Moorea in French Polynesia

Thompson starts the tale from the perspective of the Europeans who first met Marquesan natives in 1595.  Bit by bit, small islands (and the two big islands of New Zealand) were added to the list until Captain James Cook happened upon the Hawaiian Islands on his way to the Arctic, almost 200 years later.   From the very beginning, the origin of these people in these far flung places was considered a puzzle of particular note. 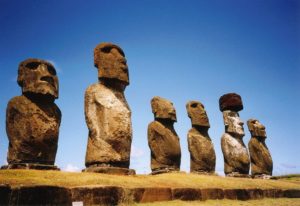 In an enjoyably conversational and eminently readable style, the author lets the mystery slowly evolve.  From the very first European contact to the invasion of amateur and then professional anthropologists to the implementation of sophisticated technologies like carbon-14 dating and DNA analysis, she outlines the many ways that Europeans – and eventually the Polynesians themselves – have tried to understand their origins.

Capturing much of the spirit that drove Polynesians to repeatedly seek out uninhabited islands beyond the horizon for hundreds of years, Sea People is a remarkably exhilarating experience from beginning to end.  The book also conveys the passion that inspired scientists from across the planet to focus on this particularly intriguing mystery.  Highly recommended for history buffs or for anyone who has had dreams of discovering their own tropical island.