Plot Against America, The 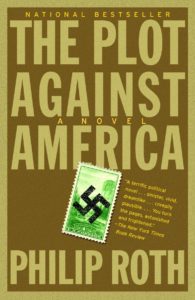 It’s the story of a small Jewish boy, growing up in Newark during World War II.  It reads like any of the hundreds of childhood autobiographies written over the years, but in this case history is a little off.  The world-famous aviator Charles A. Lindbergh defeats FDR in the 1940 presidential election, becoming the 33rd president of the United States.  One of the late Philip Roth’s most critically acclaimed works, The Plot Against America is a thought-provoking and suspense-filled piece of alternative historical fiction.

Narrated by the seven-year-old Philip, the story begins as the US presidential election of 1940 is starting to build up steam, featuring FDR in his bid for a 3rd term against Lindbergh, the Republican’s surprise nominee and a bone fide national hero.  The acclaimed pilot is known for his frequent anti-Semitic commentary and has publically come out against any US involvement in Europe’s violent rehashing of the previous world war.  As the anti-war, isolationist and anti-Semitic rhetoric starts to gain traction with the electorate, Roth’s middle class Jewish family and the surrounding Jewish neighbors become increasingly apprehensive. 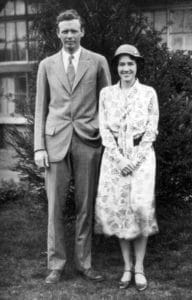 The president and first lady.

Lindbergh’s campaign succeeds and the anxiety increases, dividing Americans, both Jew and Gentile.  Roth effectively uses the contrasting opinions of his pro-FDR, interventionist father and his pro-Lindbergh rebellious older brother to set up the central tension of the book.  Moreover, his use of the perspective of a precocious, but still very little, boy makes the emotional trajectory of events even more heartrending.

Over the next two years, Roth goes on to explore the many ways this surprising electoral result reverberates throughout America’s forty-eight states.  Whatever you think about the accuracy of his speculations, there’s no denying that it makes for compelling reading.

But what really makes the book work is the uniquely potent combination of autobiography and speculative history.  No one knows what it was like to be a small Jewish boy in 1940’s Newark better than Philip Roth, as he actually lived it.  His inspired decision to use his own true-life story to serve as the foundation for a work of speculative fiction is astonishingly successful.  The believability of his conjectures is effectively buttressed by the authenticity of his autobiography.  And if that’s not enough, he provides plenty of evidence – both in the text and in accompanying documentation – to support the idea that a Lindbergh presidency would have turned out very much like he claims.

Terrifying in its realistic portrayal of America coming to pieces as Hitler sweeps across Europe, The Plot Against America is incredible in both concept and execution.  Although it was published in 2004, it presents issues that still resonate in America today, even as World War II fades further into history.  It’s appropriately placed among Roth’s most important works.  Highly recommended.