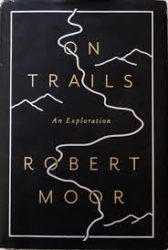 It was inspired by one really long hike.  Spanning 2200 miles, from Georgia to Maine, the Appalachian Trail is one of the longest hiking trails in the world.  It was while walking this trail in 2009 that a young man named Robert Moor started thinking deeply about the nature of trails.  Aptly named, On Trails is the result and it’s a lot more interesting than it sounds. 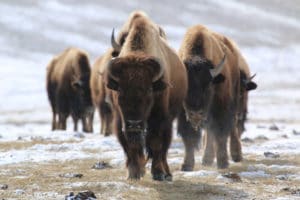 Bison on the frozen trail.

Searching back to the dawn of time – when Earth’s earliest animals used their newly evolved musculature to slowly squirm across the planet’s surface – Moor delves into trails of every kind.  From ants and tent caterpillars to elephants and bison, many animals use trails to keep their lives organized and store much of the information they need for survival.   Leaving the world of animals, he then goes on to investigate humanity’s many experiments with trails, from the Cherokee of the southeastern US to the invention of the Internet. 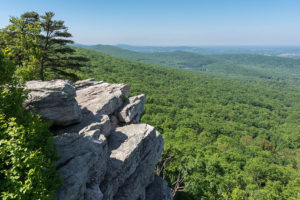 Often harking back to Thoreau – one of the 19th centuries most acclaimed hikers – the author goes on to discuss why trails like the AT are so valuable and popular in the 21st century.  Waxing deeply philosophical at times, Moor’s investigations into the meaning of wilderness and its importance in modern society are consistently intriguing and entertaining.

One could be forgiven for thinking that this book project was just an excuse for Moor to do a lot of great hiking.  When he’s not on the AT, he often finds himself in such exotic locales as Newfoundland, Tanzania or Morocco, enjoying the sights and sounds and logging mile after mile.  He also seems to have a special knack for rustling up unusual characters to join him on his jaunts, finding a way to let each individual’s unique perspective flavor the narrative in fascinating ways.

Full of great writing, loads of philosophical ruminations and a deep passion for a life of ambulation, On Trails is a really entertaining book.    It will make you want to lace up your boots and start walking.

Check out some other book reviews about walking:   Walk of Ages   /   Called Again   /   A Walk in the Woods