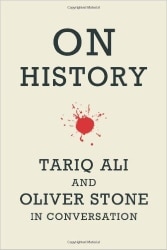 Sometimes it’s important to get a second opinion. This is as true in history as it is in any other endeavor.  When it comes to American history, the view of an outsider can often provide illumination.  A case in point is British Pakistani military historian Tariq Ali, who began critiquing US imperialism during the Vietnam War.  He hasn’t let up any since then.  Filmmaker Oliver Stone recently worked with Ali on South of the Border, a 2009 documentary.  Following this project, the two men teamed up to produce On History, a transcription of a conversation about the past 100 years of American foreign policy.  Anyone who is used to getting their news from the usual authorities may find it to be a thoroughly eye-opening discussion. 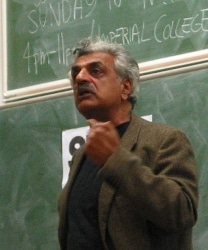 Starting with the aftermath of World War I, they discuss how the United States has consistently and unrelentingly interfered with the efforts of people to determine their own destiny. From Russian peasants to Iraqi children, US foreign policy has had an overwhelming impact on the ability of people to lead their lives freely. 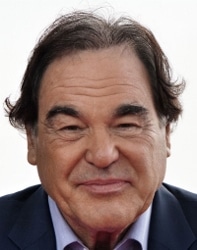 Whether the United States was propping up tyrants in Indonesia and Iran or protecting the royal family in Saudi Arabia, Ali makes it clear that the freedom of the people who actually had to live in these countries was rarely factored into US policy. Following the world wars, as American economic power ramped up inexorably, the United States gradually assumed the role of the fading British Empire in exerting primary control of oil supplies and other essential raw materials.

While their critics are sure to accuse them of harboring an irrational anti-American bias, both men base their arguments on the actual inconvenient facts, creating a coherent argument that makes more sense than the traditional humanitarian storyline.

An easy-to-read conversation between two passionate socialists, On History presents an unflattering look at United States foreign policy over the past 100 years.   Recommended for anyone interested in an alternative look at American history.  It also serves as interesting introduction to the work of Tariq Ali, one of capitalism’s most esteemed critics.