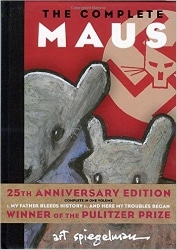 There are undoubtedly hundreds of stories.  Each of them horrible in their own way.  But while Vladek Spiegelman’s story may not have been any more horrific than any other Jewish Holocaust survival story, that doesn’t make it any less astonishing.  In Maus, Art Spiegelman tells his father’s story, simultaneously breaking new ground in the artistry and scope of the graphic novel.

In the late 1970s, Art – a thirty year-old artist active in the underground comix scene – reunites with his father in New York City and begins to learn about the man’s past, specifically his struggles in war torn Poland and the Nazi concentration camps.  Most of what Art learns is completely new to him, as the topic had been completely off limits during his childhood.  He learns about his father’s life as a young Jewish businessman, his brief service in the Polish Army, his experience as a POW and his life as a prisoner at Auschwitz.  Through his father, he also learns more about his mother, who was also an Auschwitz survivor and a victim of suicide ten years earlier. 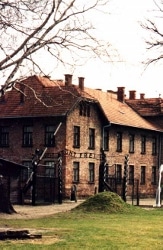 The entrance to the Auschwitz I concentration camp.

While Vladek’s story unfolds, the author intersperses the narrative with his own experiences as he deals with his aging and increasingly frail father.  We learn much about his personal struggles as the son of Auschwitz survivors and the burden that this represents for him.  The skillful combination of the two stories – present and past – makes for a compelling and emotional reading experience.

The story was originally published in serial form in the graphic magazine Raw between 1980 and 1991.  It was then published in book form, the first half in 1986 and the second half in 1991, receiving a Pulitzer Prize in 1992.  In 1996, both halves were brought together in The Complete Maus.  The story has also been published internationally in French, German and Polish editions, though not always to great enthusiasm. 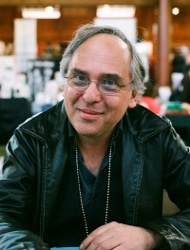 At first glance, opting to tell a loved one’s dreadful Holocaust story in a comic book format would seem to be an appallingly callous and trivializing decision.  But in Spiegleman’s talented hands the graphic technique is remarkably successful.  It’s captivating, suspenseful and heart wrenching.  If anything, the additional visual component supplies an extra layer of dramatic tension that mere prose might struggle to achieve.  The graphic approach also makes the story that much more personal, as Spiegelman tells the story in his medium, despite its unconventionality.

The work has been disparaged due to its use of animals to represent the different groups of people involved.  It’s an interesting criticism given the challenges of the graphic medium, begging the somewhat indelicate question of how do you draw a Jew, or a Pole or a German?  Given the dozens of characters that appear, some method is necessary to keep them all straight, any of which could easily be criticized as being crude, bigoted or dehumanizing.  While each of the animals in the book represents a flesh and blood human being, the story would be impossible to tell coherently without differentiating among them.  Personally, I think Spiegelman’s choices serve his goal well, allowing him to tell a complicated story in a visually comprehensible way.  Moreover, he manages to skillfully use the animal device without trivializing the story, requiring a delicate touch indeed.

Most Holocaust stories will never be told, as the vast majority of the residents of the concentration camps died there.  But with Maus, not only are we allowed to experience one man’s remarkable survival story in a surprisingly compelling way, but we also see some of the aftermath of this horrible atrocity.  It’s a unique combination of biography, autobiography and historical narrative that’s well worth reading.  Highly recommended for all readers, not just graphic novel fans.