Lost City of the Monkey God, The 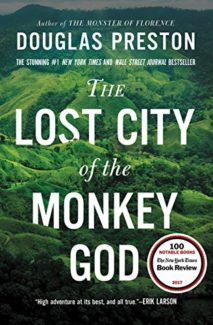 Quick!  Who is your favorite George Lucas movie character?  If you didn’t hesitate to scream “Indiana Jones!”, I’ve definitely got a book for you.  Based deep in the treacherous jungles of Honduras, The Lost City of the Monkey God is a real-life adventure that is sure to entertain your inner archaeologist.  It’s a thrilling recounting of the intrepid real-life adventures of novelist/journalist Douglas Preston, who somehow managed to live to tell about it.

Long the stuff of rumor, also known as La Ciudad Blanca, the titular city has been tantalizing archaeologists and treasure hunters ever since Spanish conquistador Hernán Cortés first heard about it in the early 1500s.  Reported to be built of massive white stone walls and a repository of great wealth, it was also believed that anyone who dared disturb it would surely die.  Those who were brave enough to search for the long-abandoned locale – assuming the place ever actually existed – knew that it was certain to be covered by centuries of dense forest overgrowth, making it almost impossible to find.  Over the years, some explorers have claimed to have stumbled across it, only to have lost it again. 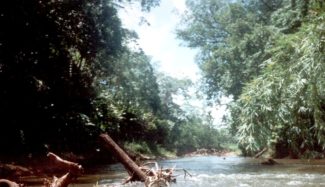 Enter the space-age technology known as LIDAR and modern archaeologists developed some new found enthusiasm.  By scanning the ground from an airplane, irregularities in surface contours can be revealed which might indicate the best places to search for the long abandoned city.  As soon as our adventuresome author caught wind of this plan, he knew he had to get on board.

But even if you can round up the necessary funds and find some promising leads, searching the largest area of isolated wilderness in Central America, you still have to find a way to get your team to the site.  That’s where all the fun really begins.  Impenetrable jungles, drenching rains, brutal heat, copious mud, venomous snakes, government bureaucrats and lethal insect-borne pathogens – the list of obstacles is formidable.  And Preston makes the most of each of them, creating a thrillingly dramatic account of one of the great archaeological discoveries of the 21st century.

It’s not every day that talented writer opts to risk life and limb by immersing himself into a project as insane as this one.  But when it happens, the results are always special.  Preston is up to the task, creating an exhilarating, hard-to-believe adventure and revealing a thoroughly fascinating archaeological story simultaneously.

Every bit as tantalizing as the title implies, The Lost City of the Monkey God is sure to generate a frisson of excitement in any reader with a penchant for jungle sleuthing and speculating.  Spawning almost as many questions as it answers, it’s a thoroughly thought-provoking look into a remote and enigmatic period in the lives of ancestral Americans.  Highly recommended.