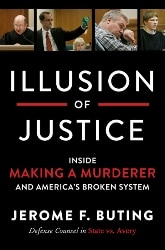 The past year has presented plenty of opportunities for anyone with a pulse to become distressed by current events.  One could successfully argue that agitation has become the new national pastime.  But way back in 2015, in an era when the world appeared to be significantly saner, there was a singular television show that served as a lightning rod for all our civil discontent.  Making a Murderer – a ten hour documentary about Steven Avery’s 2007 trial for murder in rural Wisconsin – took the binge watchers of the world by storm, presenting an electrifying account of systematic injustice in the US legal system.  Although they had no way of knowing at the time of the trial, Avery’s two defense attorneys would go on to become international stars as a result of the show.   To the delight of his many fans, Jerry Buting – the tall one with a bit of a temper – has written a book about the experience.  Not surprisingly, anyone who found themselves distressing and obsessing over Avery’s plight when they watched the show will want to binge read Illusion of Justice.

While Avery’s case is the main feature, the book is more than a simple rehashing of the murder trial.  Buting recounts much about his early career as an overworked and underpaid public defender and also focuses on his role in overturning the 1981 murder conviction of Ralph Armstrong, a man who spent almost three decades in prison for a murder he didn’t commit.  In addition to plenty of legal analysis and strategizing, he includes plenty of interesting personal information, detailing many of the highs and lows in his non-legal life. 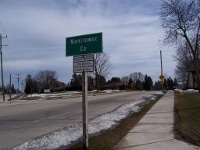 But as the author makes perfectly clear, he is still torn up about his failure to secure an acquittal in Avery’s murder trial.  As the TV show so vividly presented, there were plenty of reasons to reasonably doubt the man’s guilt and Buting reviews them in detail.  He spends much of the book focusing on the three strongest parts of the prosecution’s case:  the bones in the Avery’s fire pit, the key in Avery’s trailer and the blood in the victim’s car.  The author dissects each key piece of evidence in great detail, adding a lot of information that wasn’t included in the show.

He also describes how he and his partner, Dean Strang, managed to weather the storm in small town Wisconsin where public opinion weighed heavily against their client.   The stress of the trial, the overwhelming work load and the frequent second guessing are all part of what a defense attorney signs up for, making it all the more difficult when the jury doesn’t see things your way.  With skill and clarity, Buting presents the passion and dedication that are a part of this unique way of life, even letting the cracks show at times.  The feistiness that he displayed on the show comes through at times, particularly when he almost punches lead prosecutor Ken Kratz in the face, an act that most watchers of the documentary would probably pay big bucks to see.

Brought to you by Netflix…

As the title suggests, the author also has plenty to say about the current state of the justice system in the United States.  As more and more convictions are overturned – based on presentation of new DNA evidence or dismissal of some of the old-fashioned standards like hair or bite mark analysis – it’s become increasingly clear that our system has a long way to go to achieve justice for all.

In the end, Illusion of Justice is exactly what I hoped it would be.  It’s a detailed recounting of the Avery trial by one of its heroes.  The book is sure to reignite the fires of injustice that were first lit by Making a Murderer.  It’s highly recommended for anyone who found the show to be completely addicting, like I did.