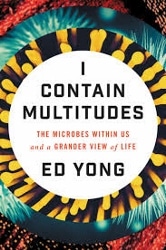 We’re just guests here.  For the first three billion years of life on Earth, bacteria ruled the planet.  By many measures, they still do.   It’s only been relatively recently that macroscopic creatures like squirrels, oak trees and humans have gained prominence.  This means that when it comes to our typical view of the natural world, we’re missing most of the story.  Bacteria still make up more of the planet’s biomass than plants and animals combined and display a biochemical diversity that astounds.  Moreover, the tiny buggers accompany us wherever we go, in the trillions.  As ambitious as it is fascinating, I Contain Multitudes is science journalist Ed Yong’s chronicle about our countless and essential microbial companions.

When multi-cellular life developed on Earth, first expanding in the seas and then colonizing the land, it’s not clear that the residential bacteria – rulers of life on Earth for its first three billion years – even took much notice.  We were just one more environment to take advantage of.  As plants and animals continued to evolve, bacteria and their accompanying viruses came along for the ride, finding innumerable new niches to capitalize on.  As a result, all of the organisms we know and love – from aardvarks to zinnias – spend every moment of their existence accompanied by countless bacteria.  Not only do they inhabit our skin and our colons, they even live inside each of our cells.  The same is true from a historical perspective.  At every branching of the tree of life, bacteria have been present, impacting evolution as surely as asteroids, continental drift or climate change. 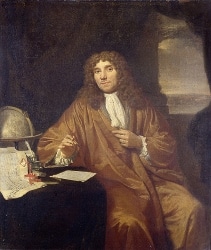 Antonie van Leeuwenhoek, the father of microbiology, circa 1673.

In his first book, Yong – who blogs to acclaim at Not Exactly Rocket Science – has chosen to tackle this most complicated of biological topics.  It’s a daring exploit in multiple ways.  At the microscopic level, the biological web gets so knotted and tangled as to be almost incomprehensible.  Yet the author goes on without fear, taking the reader on a breathtaking journey into the lives of creatures like braconid wasps and citrus mealy bugs, diminutive animals that don’t immediately evoke fascination.  Yet when one learns of the astonishing ways they interact with their many microbial companions, it’s hard to not have a new awe and respect for the vast splendor of life on Earth.

Yong eloquently reveals how every creature is a unique microcosm.  Each individual’s collection of microbial companions reflects what they do and where they’ve been from the very moment of their birth.  As scientists have explored deeper into this endless microbial wonderland, it’s become increasingly apparent that our ability to fully comprehend the natural world requires a much more sophisticated approach.  Before we can make sense of the world around us, we need to have a better understanding of the microbiomes that form the base for everything that lives and breathes. 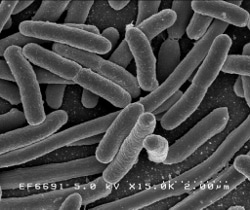 The author also proposes a complete change of mindset.   Rather than view bacteria and viruses as enemies that need to be eradicated, it’s becoming more and more apparent that these organisms need to be viewed as allies.  In countless ways, they assist our cells and our organs, allowing them to function smoothly and promoting health.  Recent advances in genetics have allowed us to trace the origins of many of our essential cellular functions and quite often it turns out our cells are using retrofitted bacterial or viral genes to get the job done.  This new view of life on earth is likely to have a significant impact in the fields of medicine and environmental health as scientists learn more, although the complexity is daunting.

Who wants to read about slimy bacteria?  You may think that a book that focuses on the source of all things rotten, foul and putrid is doomed.  But in the hands of young master like Ed Yong, you’re likely to be amazed.  Having assigned himself the task of promoting the myriad beneficial aspects of our microbiome, he is stunningly successful.  Uncovering countless biological mysteries of jaw dropping complexity, I Contain Multitudes is an endlessly fascinating look at the invisible world that’s all around (and in) us.  Highly recommended.

Readers Lane reviews of other books about unpopular forms of life: